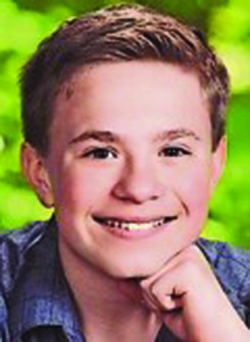 Deerfield, New Jersey – A New Jersey mother is suing the Upper Deerfield School District and a number of local school officials for negligence after her gay son committed suicide. Tristan Peterson came out to his classmates in 2017 and died from suicide in December of that year. According to the lawsuit filed by his mother, Marcy Peterson, he was expecting acceptance but instead was “bullied, harassed, and even threatened.” The bullying was reported to school authorities and even observed by teachers and staff, but authorities took no action to protect Tristan, the suit charges. The school superintendent, the principal of Woodruff Middle School, and several teachers, counselors, and district anti-bullying officials are named defendants in the suit.

NBC News reports that the suit accuses defendants of negligence, wrongful death, and creating a hostile learning environment. The defendants are also accused of violating New Jersey’s anti-discrimination law. Tristan and his mother complained multiple times about the bullying, but staff failed to intervene to prevent the abusive behavior. “The defendants had a duty to provide for the safety and security of students,” the suit says. According to court documents, Tristan’s mother contacted school officials on multiple occasions to report the mistreatment of her son.