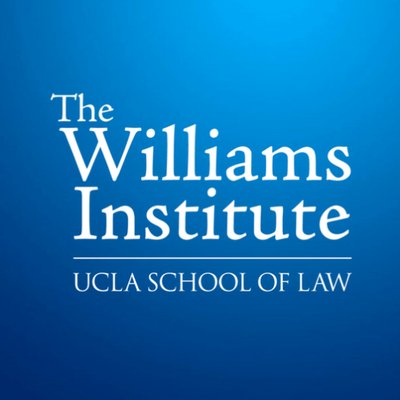 Los Angeles – Some 11.3 million American adults self-identify as LGBT – about 4.5% of the adult population – according to a new study by the Williams Institute at the UCLA School if Law. The institute found that Washington, DC, has the highest percentage of self-identified LGBT people at 9.8%, and North Dakota had the lowest, at 2.7%. LGBT people are also economically disadvantaged, compared to the whole US population. LGBT people are more likely to have household incomes below $24,000, and to lack access to a sufficient nutrition, the analysis found. Although LGBT people come from all ethnic groups, people of color represent a slightly higher percentage than they do in the general population for reasons that require more research, according to Kerith Conron, research director at the Williams Institute. The study results are based on previously released data from the Gallup Daily Tracking survey, but the Williams Institute made a deeper analysis of the numbers to get a more detailed demographic picture of the adult LGBT population.

Of Americans who self-identify as LGBT, only 23% are age 50 or older, compared with 47% of the general adult population. On the other hand, 56% of LGBT adults are under age 35 compared with 28% of the general population. Conron said that this is because younger people are more likely to publicly self-identify as LGBT than their elders. “Younger people are more likely to actually live as LGBT and to identify that way because they are growing up in a time when it’s more acceptable to acknowledge those feelings and to act on them,” he explained.

In 2011, the Williams Institute estimated the US LGBT population at 3.5% based on other survey data. Conron said the apparent one-percentage-point increase in the LGBT population from 2011 was likely the result of more people feeling comfortable responding to questions about their sexual orientation. Many current surveys estimate the LGBT population at well below the conventional estimate of 10% that is derived from what Williams Institute calls an “oversimplification” of Alfred Kinsey’s pioneering sexology studies some 70 years ago. However, in surveys that are more anonymous and private, about 10% of respondents say they have some level of same-sex attraction, even if they stop short of identifying themselves as gay, lesbian, or bisexual, Conron said. (Seattle Gay News – Mike Andrew at Sgn.org/sgnnews47_10/page1.cfm)