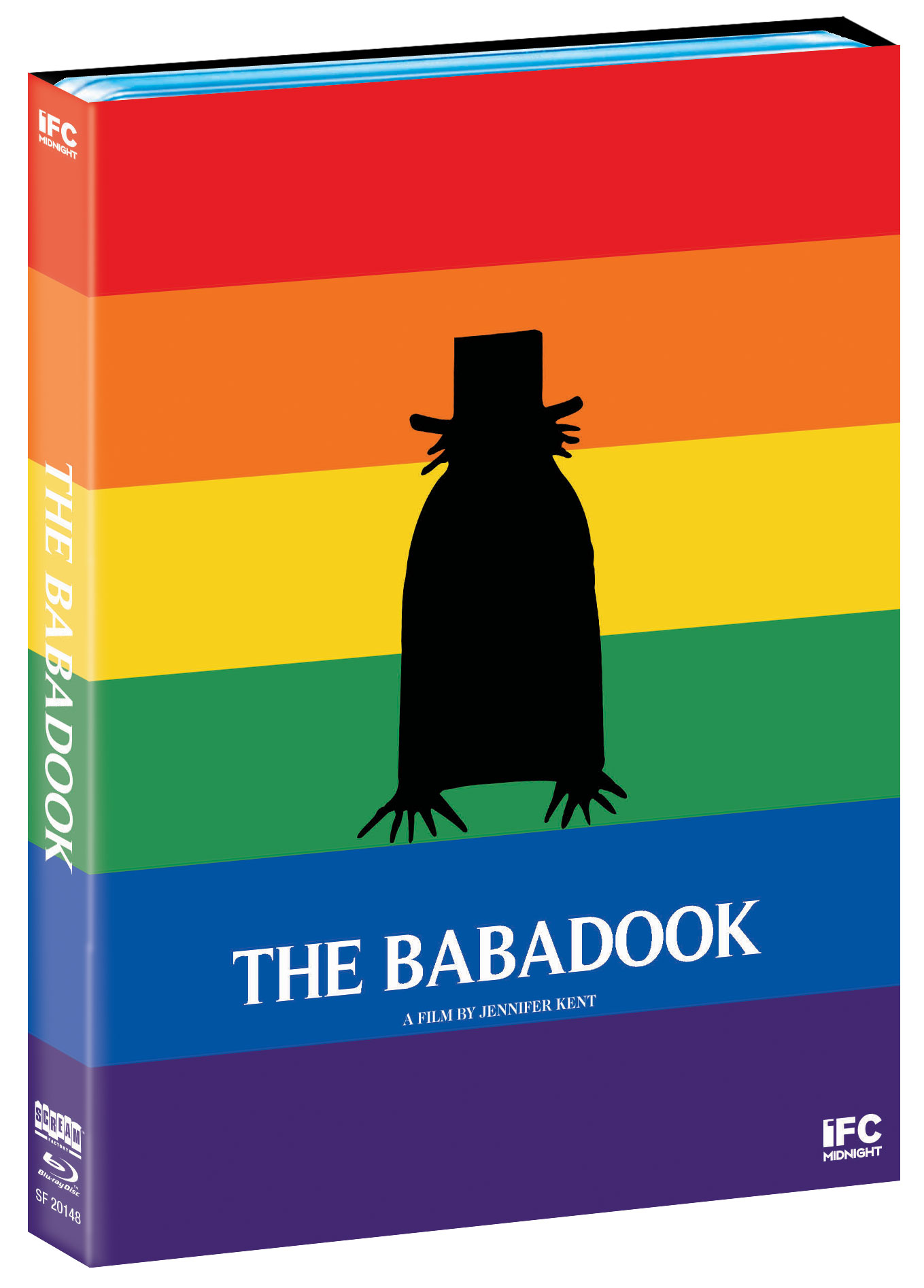 With his second feature-length horror film Us (Universal), now available on Blu-ray, writer / director Jordan Peele got 2019 off to a great start. Like Ari Aster (Hereditary and Midsommar), Peele is redefining and revitalizing a genre that had become somewhat, well, horrifying.

Setting the stage in 1986, with an ad for the charity stunt Hands Across America (remember that?) and a mention of the miles of tunnels that exist beneath the continental US, Us takes us to the Santa Cruz beach boardwalk amusement park, where young Addy (Madison Curry) wanders away from her parents. On the way to the nearby beach, she encounters a man holding a sign that reads “Jeremiah 11:11”, a prescient biblical reference. As a thunderstorm moves in, Addy seeks shelter in the Vision Quest attraction. During a brief power outage, Addy comes face-to-face with her double. The resulting trauma leads Addy refusing to speak and her parents taking her to see a therapist.

In the present day, Addy (Lupita Nyong’o in an Oscar-worthy performance) is a seemingly well-adjusted wife and mother. With husband Gabe (Winston Duke), daughter Zora (Shahadi Wright Joseph) and sassy son Jason (Evan Alex), she embarks on a family vacation. Addy is visibly displeased that the trip includes a trip to Santa Cruz beach. Nevertheless, they go.

One of the pleasures of Us is the authenticity of the family dynamic. Zora and Jason tease each other lovingly. They roll their eyes when Gabe makes one of his corny dad jokes. Addy is a fiercely over-protective mother, which we see when Jason wanders off at the beach, where they are visiting with friends Kitty (Elisabeth Moss) and Josh (Tim Heidecker), and their obnoxious twin daughters Becca (Cali Sheldon) and Noelle (Lindsey Sheldon). After Jason returns and is reprimanded, Addy says, “Stick with me, I’ll keep you safe.”

Nevertheless, Addy remains unsettled, and tells Gabe she wants to leave. She says she doesn’t feel like herself and then tells him the boardwalk story from her childhood. And then the power goes out.

Suddenly, there appears to be a family, in matching red jumpsuits, standing in the driveway. Addy calls 911. Gabe confronts them. They advance and break into the house. Once inside, it is revealed that they are the doppelgangers of the family. Unfairly dismissed as shadows, they have come to life and are seeking retribution, according to Red (also Nyong’o). Having waited for this day for so long, they are beginning “the untethering” from their human forms. In other words, armed with large scissors, they must kill them.

Through a series of wily moves, Addy and her family outwit their doubles. They escape to Kitty and Josh’s house where they discover that the family has already been killed by their shadows. Fortunately, Addy and her family are able to do away with these less intelligent doubles. Taking a moment to regroup, they watch the news where they see that what has happened to them is happening in other places; that the beings in red jumpsuits are carrying out brutal and terrifying attacks, as well as forming a hand-holding chain.

With the exception of Red, Addy’s family has disposed of the ones terrorizing their family. In a final (and slightly too long) underground confrontation with Red, featuring a whole bunch of rabbits perhaps left over from The Favorite, Addy is given additional insight. This is where Us goes on a kind of philosophical bender about bodies and souls, about tethering, about being “born special” and different. Because Peele is careful to pepper his dialogue with humor, he narrowly avoids stepping over the line into woo-woo territory. Peele also includes the kind of final twist that would make Brian De Palma jealous. The abundant bonus features included deleted scenes and eight featurettes.

Like Peele’s 2017 directorial debut Get Out, the remarkable 2014 Australian horror film The Babadook took a tired genre and turned it on its head. Creating terror through suspense instead of ugly violence, writer / director Jennifer Kent raised the bar for other filmmakers working in the field. Due to a perceived queer subtext in the movie, The Babadook received a special limited edition (2,500 copies) reissue in rainbow packaging in time for Pride month, as well as in advance of the international gay holiday Halloween.