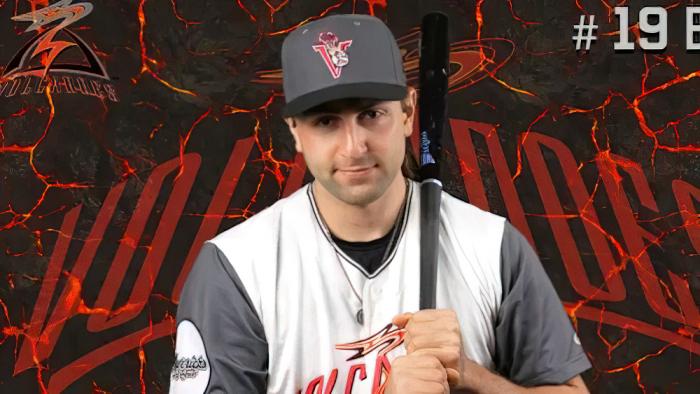 Nashville, TN – David Reddish writes in Queerty that Salem-Keizer Volcanoes baseball player Bryan Ruby has come out as a gay man. The announcement makes him the only player at present in major or minor league baseball to openly identify as LGBTQ. Ruby, 25, shared his truth as part of a lengthy interview with USA Today. In it, he details how he first identified his attraction to other men at age 14, as well as the long and tumultuous road that has led him to today. In the same interview, Ruby goes on to explain that he’s long since come out to close friends and family. He has, however, always kept his romantic life intensely private for fear of damaging his baseball or music careers, often vaguely mentioning a relationship. Coaches, Ruby also says, encouraged him to keep his sexuality hidden. His life outside of the baseball diamond didn’t yield much relief, either. He moonlights as a country music singer/songwriter in Nashville–another world known for macho male attitudes and a dearth of openly gay singers.

In the interview her says, “I kept thinking about the little 14-year-old me, who was scared because I’m a baseball player who loved country music,” Ruby said. “Those are worlds where people like me are told they can’t belong. I’m not a hot-shot prospect. But today, you can’t find a single active baseball player who is out publicly. I want to help create a world where future generations of baseball players don’t have to sacrifice authenticity or who they really are to play the game they love.” “Being closeted for basically 10 years, it was a struggle the whole time,” he recalled. “I used to hate myself. Hate how I felt. I’d ask why am I feeling this way? I kept having people tell me, ‘Be very cautious of who you tell’ or ‘They don’t need to know your personal life.’ The best way to describe the hiding as an athlete is like you’re running with a weighted vest on. It’s on all day and you can’t take it off. I’ve been gradually taking that weight off.”

One person he did tell was Billy Bean, MLB vice president and special assistant to the commissioner who came out as gay in 1999. Bean gifted Ruby a pair of cleats with rainbow shoelaces as a sign of blessing and support. “I’ve worn his cleats everywhere I’ve played – on three different continents,” Ruby said. “I look down at them, and know I have support. I didn’t think about the symbolic meaning until recently, of me wearing his shoes and what I’m doing.”  He said, “[e]ach time somebody comes out in industries where queer people have not been historically represented in the mainstream,” Ruby insists, “it helps to crumble the myth that you can’t be yourself. But we’re in the 2020s. It’s about damn time for this.” Now that’s a home run. (Queerty – David Reddish at https://www.queerty.com/damn-time-pro-baseball-player-bryan-ruby-comes-gay-20210902?utm_source=Queerty+Subscribers&utm_campaign=84f7905b0b-20210902_Queerty_Newsletter&utm_medium=email&utm_term=0_221c27272a-84f7905b0b-431876119}