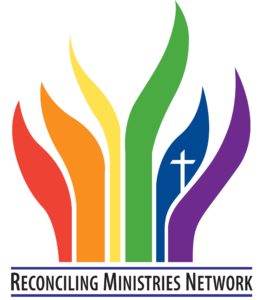 As a pastor here in Baltimore, I am grateful for the opportunity to share some background to the recent headlines about the United Methodist Church, and some words about the welcome of all.

The Methodist movement began in England in the 18th century and has been a part of the American landscape since colonial times. There have been multiple iterations of the Methodist movement, including churches bearing both Methodist and Wesleyan titles. The United Methodist Church was officially formed in 1968 and includes churches in the US and throughout the globe. Our church polity, or governing process, includes a General Conference, which is typically held every four years and serves as the chief legislative body of the denomination. We hold to a Book of Discipline, which outlines our laws and doctrines, as well as our administrative procedures. The theological tenor of the Methodist movement has often been characterized as a “generous orthodoxy,” by which we affirm the foundational tenets of the Christian faith while also offering a wide tent for theological diversity and contextual practices. The United Methodist Church affirms the sacred worth of all persons, believing each of us is made in the image of God.

The most recent General Conference held last month was a special, or called, General Conference, whose deliberations focused upon the church’s stances pertaining to homosexuality. Currently, the Book of Discipline states that “homosexuality is incompatible with Christian teaching” and prohibits same-sex weddings from being held in United Methodist churches or being officiated by United Methodist clergy, as well as prohibiting the ordination of practicing homosexual persons. In recent decades, many churches across the denomination have articulated the discrimination within and harm done by this position, named their pastoral desire and call to be in ministry to and with all people, and the dream of a church where LGBTQ persons participate fully in the church’s life. Methodists are not of one mind around issues of human sexuality, and alongside those calling for change to our Book of Disciple are those who believe in upholding our current position. Amid intense debate around the topic, a commission was formed, whose aim was to create potential paths or “plans” for moving forward as a church. On the conference’s last day, by a vote of 438 to 384, delegates approved what is known as the Traditional Plan, which affirms the existing language and stances, and adds stricter accountability standards. This plan now goes to the Judicial Council, which is the “Supreme Court” of the United Methodist Church, who will rule on the constitutionality of the plan.

For many within the Methodist Church, the General Conference decisions brought disappointment, grief, and pain. As a local church pastor, I have heard the sense of exclusion and rejection this decision has brought upon those who are within the LGBTQ community or identify as their allies. I deeply mourn the hurt it has caused. Grace United Methodist is a Reconciling congregation, which means that our congregation

affirms its welcome of all persons and offers an explicit welcome to the LGBTQ community. Everyone is welcome here, with all of who you are. There are several Reconciling congregations within the Baltimore area, seeking the full inclusion of our LGBTQ brothers and sisters in the life of the church. Furthermore, the message of welcome and love is not limited to Reconciling churches. Following General Conference, many United Methodist congregations across the United States have proclaimed that “all means all,” that God loves everyone, and that the church is to be a place where people feel safe, accepted, supported, and loved. We want you to hear from us that you are loved by God and welcome in our churches.