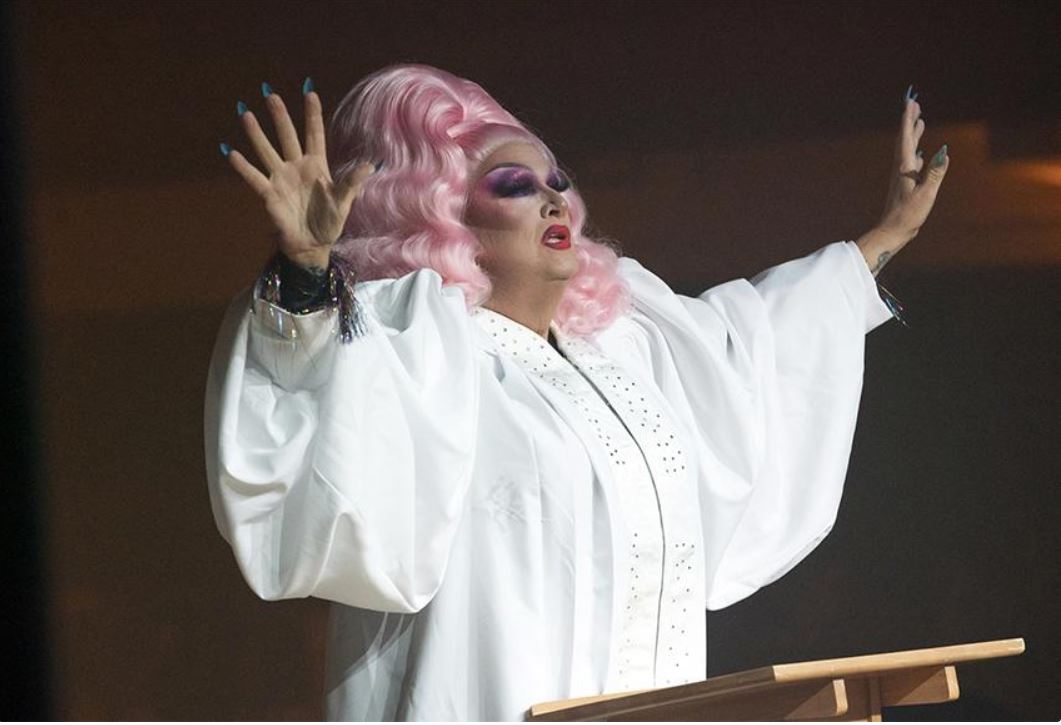 Evansville, IN – A Methodist pastor in Indiana has been fired by his church after appearing in drag on the HBO series We’re Here. Pastor Craig Duke had served as head pastor at Newburgh United Methodist Church since 2018. He is married and the father of a Pansexual daughter.

While the United Methodist Church—a mainstream Protestant denomination—does not condemn same-sex attractions, it does not endorse marriage equality or allow partnered Gay or Lesbian people to be ordained as clergy. Nevertheless, Duke earned a reputation as an ally of the LGBTQ community in his hometown of Evansville, Indiana, and when We’re Here was looking to cast queer-friendly locals, Duke was recommended to them by the Evansville Pride organization. The show features drag stars Eureka O’Hara, Shangela, and Bob the Drag Queen. The trio travels across small town America, transforming locals into drag queens and highlighting local stories of LGBTQ perseverance.

Duke said he participated in the show to learn greater empathy for the LGBTQ community and also to show support for his daughter, who came out as Pansexual two years ago. “It was an incredibly wonderful, refreshing, deepening, powerful spiritual experience,” Duke told Religion News Service. “I was surrounded and immersed in a culture that I’ve never been immersed in, and one of the things in ministry, if you want to involve people different than yourself in your ministry, you have to go to where people different than you are. The invitation to be part of the show allowed me that.” Duke’s church looked at the matter differently, however. While the church has made no public statement on Duke’s TV performance or his future as a pastor, he’s been relieved of his duties and dropped from the church website. The weekly sermon page, previously written by “Pastor Craig,” is now attributed to “Pastor Mark.” (Seattle Gay News – Mike Andrew at https://www.sgn.org/story.php?ch=national&sc=&id=311259)