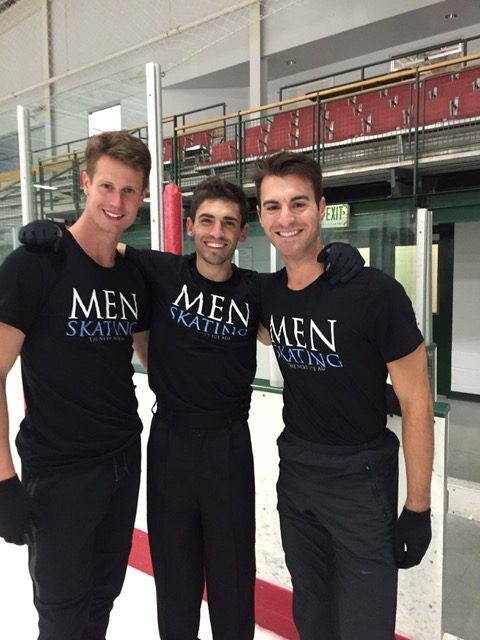 The Next Ice Age recently celebrated over 30 years of excellence as one of only three dance companies on ice in America. On Thursday, May 16th, the Mount Pleasant Ice Arena will host the Next Ice Age, which will join with the Ice Men, a group of amateur young male skaters, in the revival of choreographer John Curry’s adaptation for skaters of Aaron Copland’s score for the ballet Rodeo. During this performance, ten of the best male figure skaters from around the globe perform with six young male skaters in a program in which they will skate to Aaron Copland’s “Hoe-Down,” from the larger work Rodeo. Baltimore OUTloud recently chatted with program director Nathan Birch.

“This program will feature professional skaters mentoring the Ice Men, who are an amateur young men’s skating group. These six young kids get to work with the best professionals from around the world. We’re offering this to these six young men as a way to get this program out there and elevate it.” Birch continued, “What the Ice Men will be skating to is a one-minute version called ‘Hoe-Down.’”

“The special thing is that this program is being professionally videotaped by a company called On Ice Perspectives, and that’s what the audience will see,” explained Birch. “They’ll see skater Jordan Cowan filming it.” Cowan is a former Team USA Ice Dancer and ballroom dancer specializing in videography on and off the ice. “[Cowan] gets out on the ice and skates with the skaters while they are doing their choreography. Someone who is watching his video will feel like they are right out there with the skaters. This videotape will then be edited and sent all around the country.”

Birch added, “Most of the ice rinks today have televisions in their lobbies like you’d see in an airport. One of the loops we are hoping will air on these televisions will be this one-minute choreography. We also hope this is the beginning of a nationwide program for an organization in our governing body of our sport called ‘Ice Men.’ Ice Men was a group started with a few men figure skating a few years ago to help unite the male skaters in our sport. In some rinks around the country, there is only one male skater and they often-times don’t have a chance to meet other male skaters. What we are trying to do with this particular program is elevate the Ice Men from program development at US Figure Skating to a fully-funded program that will go nationwide. We hope to have US Figure Skating hopefully lend more support to the growth of this program.”