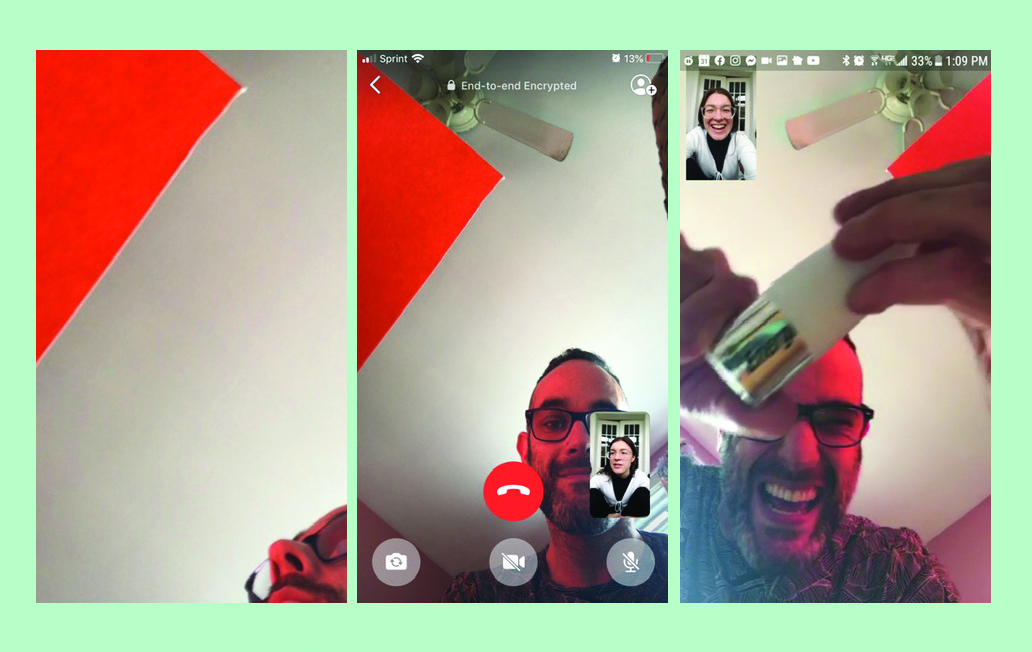 Photographer Eadweard Muybridge once said, “Only photography has been able to divide human life into a series of moments, each of them has the value of a complete existence.” For visual artist, Zachary Z. Handler, his work and the value it exudes speaks for itself. Baltimore OUTloud recently chatted with Handler regarding his work in the community, his background as a photographer and his recent project, “Errands.”

Born on October 31st, 1980, the Silver Spring, Maryland-native grew up in Gaithersburg, north of the Potomac area. “When I was very young,” began Handler, “I can remember receiving this giant art kit. It was a cardboard suitcase-type that when you opened it up, it had a bunch of art supplies in it. I would take it everywhere. If I would misbehave or didn’t do my homework, my parents would take that away from me instead of sending me to my room.”

Growing up in an artistic family, Handler eventually found that creativity and natural ability was embedded in his DNA. “I come from a long line of photographers,” Handler explained. “My dad is a photographer. So was my aunt, my grandfather and even my cousin. We’re all photographers, though some were self-taught, so my education was a hybrid which I cherish.”

“[Photography] has always been a side passion for me,” Handler added, noting that it was important that he keep his passion separate from the idea of photography being a job. “If I did it as a job, I don’t know if I would enjoy it as much because I might feel this sense of having to do photography versus wanting to do photography.”

Handler went on to study photography throughout high school, as well into college at UMBC where he was offered a full scholarship for photography. “UMBC has a scholarship program called the Linehan Artist Scholars Award. It was wonderful! It afforded me to do what I wanted to do which was photography.” Towards the end of Handler’s secondary education through graduate school at Columbia University he found that he also had a passion for working with the Deaf and Hard of Hearing community. “I started learning signs in high school and began interpreting American Sign Language (ASL). I’ve always had a passion in both photography and Deaf studies.”

While in graduate school in New York, Handler went on to receive a masters in Non-Profit Management in the Arts. He continued his passion for by working in programs for the deaf community within the arts. This led to a job working at the Museum of Modern Art (MOMA). He coordinated ASL tours at MOMA. Handler eventually moved back to Baltimore after graduate school and began working in healthcare. He’s been working for a non-profit organization called Baltimore Medical System (BMS) for the last 14 years as a deaf services program manager. Handler’s not just an interpreter in his role, but he’s also a care coordinator and advocate.

“I’ve always thought of my photography, or the act of photography, like a gift exchange,” Handler began. “If I’m photographing a subject – a human being for whatever the reason (asking me to take a headshot or if I asked them to model) it’s almost like this collaborative gift exchange. I can’t take the photograph without the person being present. Even if I’m taking a photo of someone randomly on the street, I still couldn’t take photograph without that person. And, though they may not ever receive the gift, I still honor that exchange by taking that photograph.”

Handler philosophically explained that, in his opinion, photography was a way of exchanging feelings, thoughts, and ideas. “When I was in high school, and this is still true today, I would ask to take photographs of someone I knew who had a rough day or was going through stuff so I could cheer them up. Almost like a distraction, or even just as a gift I could physically give them – these photographs of themselves.”

Handler added, “Sometimes people will say the photographs are so beautiful or ‘I loved how you captured my wedding, etc.’ My response is very humbled, and I say, ‘Thank you.’ But, not to trivialize my artistic vision or eye, but I’m just holding up a piece of machinery between me and the subject. And, yes, I’m trying to honor these exchanges or a moment, but we’re sharing the idea that I couldn’t do this without you.”

Handler’s recent project, “Errands” (see sidebar), is a perfect example of this exchange. “Errands” is a portrait series documenting the shared shelter-in-place experiences of different people from Baltimore and throughout the world during the COVID-19 pandemic. “People have told me that this portrait has become something very important for them. Some have said, ‘Thank you so much for giving me something to do today’ or ‘Thank you for the distraction’ or maybe they lived alone, and they said, ‘Thank you for asking how I’m doing.’ People were happy that I was giving them a space to ‘breathe.’ My response of course is ‘You’re welcome’, but then I also say thank you, too. This is because we’ve had an exchange.”

For Handler, this project is the most ‘gifting’ he’s ever done. “Although there’s no exchange of anything physical at this time, I’m giving the other person a voice and a moment – 30 minutes of concentration, attention and effort. It’s something fun! They may not be in the room, but they get to fumble through the set-up and are giving me everything I feel I need to get through this time, which is connection, conversation, eye contact (face-to-face time). I could not do this project without these 200 plus people being willing and wanting to be part of it. It’s just as much about me, as it is them, but it’s more about them”

For more information on Zachary Handler’s “Errands,” check out the sidebar.