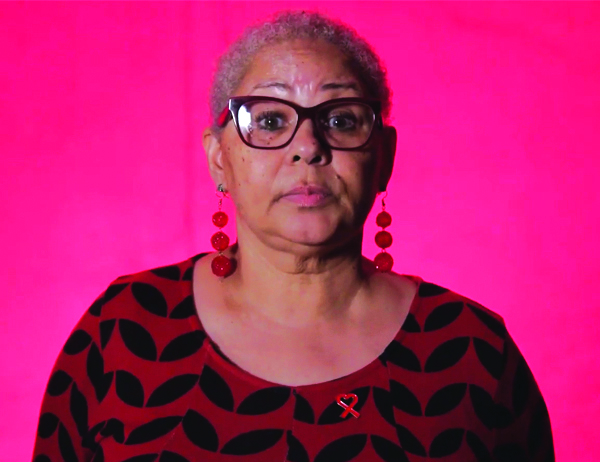 The Baltimore City Health Department and community partners across the city joined the international U=U conversation in December 2018 with the launch of the U=U Maryland campaign, spreading the scientific consensus that HIV-positive individuals with an undetectable viral load cannot transmit the disease to sexual partners.

The campaign is guided by a community board, which counts among its members Melanie Reese. Reese is a member of the U=U Maryland Coalition and the executive director of Older Women Embracing Life (OWEL), an organization comprised of women who are long-term survivors and seniors living and thriving with HIV.

We asked Melanie to discuss why she got involved with the U=U Maryland campaign, and what U=U means to her.

How did you get involved with the U=U Maryland campaign?

I am a member of the Baltimore City HIV Planning Group and Commission. Andrew McCarty, one of our community co-chairs came back from a meeting of UCHAAPS (Urban Cities HIV/AIDS Association of Prevention Services) very enthused about the U=U movement that was presented. He wanted Baltimore to sign on and make U=U a new initiative for our HIV prevention group. I then became an advocate and a U=U coalition member.

Why is the U=U message particularly important for longtime survivors, and elders living with HIV?

The message of the U=U campaign is particularly important to long-term survivors and elders living and thriving with HIV. We have experienced the shame, stigma, rejection, judgement and condemnation of being HIV-positive or AIDS-defined. U=U is based on and driven by science. Over 158,000 condom-less sexual acts between discordant couples (one partner HIV-positive and one HIV-negative) resulted in no HIV transmissions! Once we, as long-term survivors and elderly living and thriving with HIV, wrap our minds around Undetectable equals Untransmittable – U=U – we can begin to feel free to be sexy/sexual without guilt! We can spread the word about U=U to our families, circles of friends, our networks and then the general public. This U=U Campaign is a stigma-buster – both self-stigma and stigma from others. It is also self-empowering!

To what extent do you feel the U=U message has been embraced and understood by that community?

The U=U message is sinking in to us long-term survivors and elderly living and thriving with HIV after a slow start. We’ve lived the longest, experiencing stigma and rejection, and are very cautious of scientific claims and data ourselves, as well as how well the general public will accept and incorporate the scientific data. Our task and mission is to educate everyone, get them involved in the conversation and get them to sign on as committed collaborative members of this movement.

How is the U=U Maryland campaign working to reach more elders?

The U=U Maryland Campaign has information cards and posters with seniors pictured covering several different life experiences that illustrate the message very effectively. I am a U=U Maryland Coalition Member as well as executive director of Older Women Embracing Life (OWEL). Our organization is comprised of women who are long-term survivors and seniors living and thriving with HIV and those affected by HIV. “Health, wellness, prevention, harm- and risk-reduction education for seniors, and support” is our mission! Every opportunity, wherever I travel, I share the U=U science-based message with everyone, including community and collaborative partners.

For more about the U=U Maryland campaign, to learn about the science behind U=U, and to sign the consensus statement and join the conversation about U=U, visit Uequalsumaryland.org.