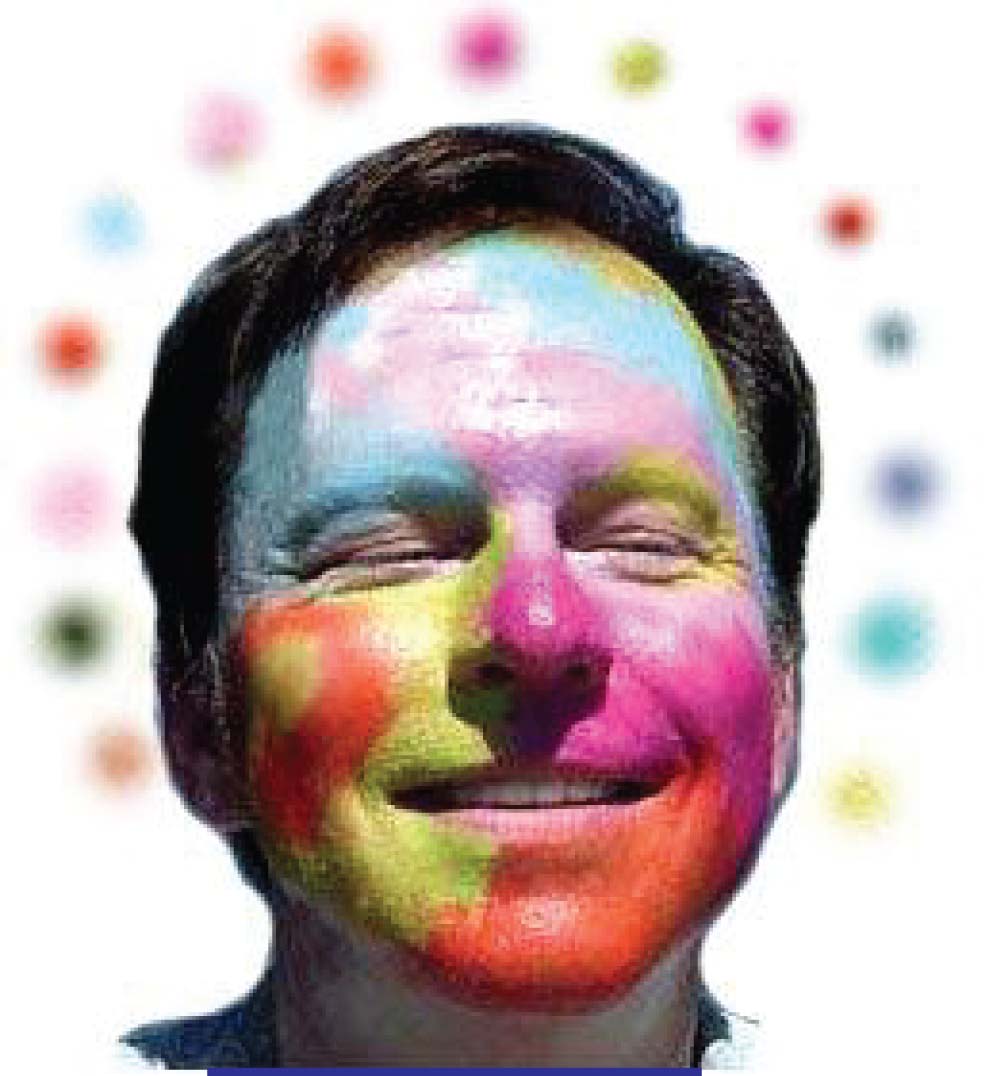 Monty Howard is a gay Episcopalian partnered graphic designer and community activist. Monty was born in California, as a military brat, and moved with his family 29 times. He’s lived and worked in Virginia, Minnesota, Texas, and Delaware before coming to Baltimore and feeling “right at home” from the start. We asked Monty a few questions about his gig as Baltimore Pride Parade emcee…

Richard Finger: Have you been an emcee at events prior to Baltimore Pride?

Monty Howard: Oh yes, folks from Bolton Hill and the church community know me as the “Quiz Master” for an annual dinner fund-raiser we used to hold at Memorial. And I have been the emcee for Festival on the Hill many times over the years.

How were you selected to become our emcee?

Funny story: In the process of nominating someone else via posting on Facebook, a commenter pointed out that I would be perfect, and I had to agree! My nominee was not available. So, I threw my hat in the ring.

Who or what inspires you?

Well, the charity of Christ compels me, but I’m also inspired by Dr. Martin Luther King, Jr. and the Kennedys. I’m inspired by many great leaders, like Elijah Cummings and the Obamas.

Tell us about some of the volunteer work you’ve done.

Through the years I’ve been a mentor to several kids coming out. They need support at that time in their lives, as we all know. And I’ve assisted in representing the church at several Pride festivals in the park. But this is the biggest volunteer job I’ve ever undertaken for Baltimore!

What are your hopes for Pride this year?

I want a huge peaceful crowd of happy people, of all ages, gay and straight, of all ethnicities and backgrounds, to feel the love that these events celebrate!

What does success look like for you as an emcee for Pride?

Am hoping I don’t stumble over any names or mispronounce anything, LOL! There was an announcer at the MLK parade one year who couldn’t say Episcopalian! But I’m pretty articulate.

What is one message you’d like to express to our readers?

When I was younger, I didn’t participate in Pride because I was raised with love and the idea that sex is nothing to be “ashamed of” or “proud of.” But these are troubling times when hate groups are feeling empowered by DC and it’s important – essential – that we are all seen and heard, as the great big peaceful voting block that we are! Education is the key. Love always wins! t

Having connections with many of Baltimore’s groups and institutions, Monty will call upon representatives from widely varying entities to engage in Baltimore Pride 2019.