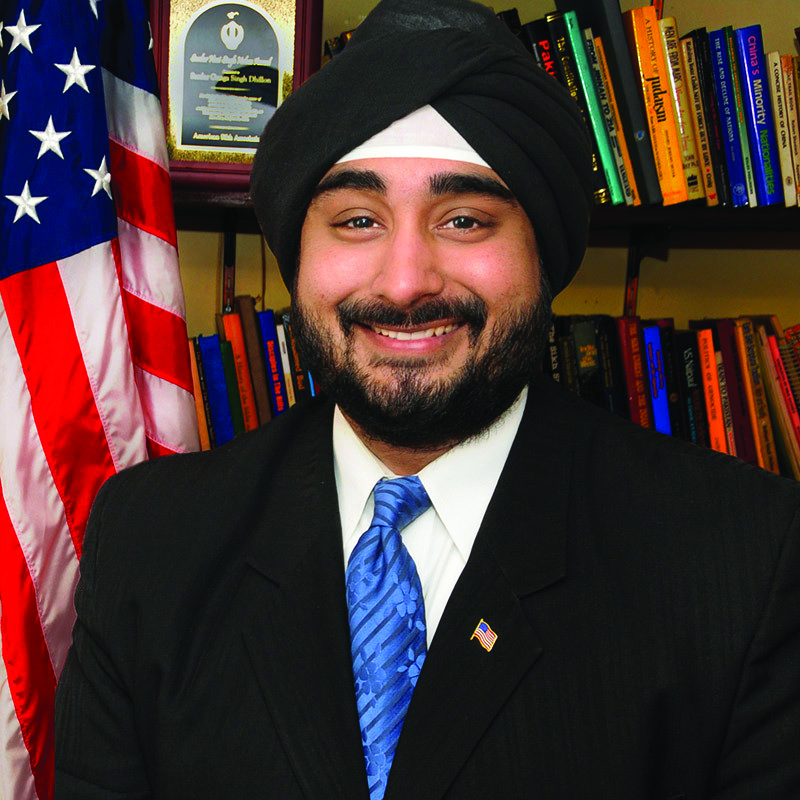 Real estate developer and social justice advocate Kahan S. Dhillon is running as an independent in Baltimores 2020 mayoral primary. Dhillon has made strides in building a vast network of citywide supporters under his work with the Baltimore Renaissance project.

Baltimore OUTloud caught up with Dhillon to ask him questions about his plans to revitalize the city, LGBTQ involvement, and his thoughts on the state of current leadership.

Charles Smalls: Many Baltimore residents were introduced to you back in 2017 when your organization  the Baltimore Renaissance  introduced a $10 billion plan to revitalize the city. Tell us about your journey since then.

Kahan Dhillon: Through that process of not only introducing but moving forward in pursuing the largest revitalization plan in the history of the city, Ive learned more about Baltimore than I ever knew before. More about its people, more about the places, and more about the inner workings of how this city operates.

Ill give you the plus and the minus: The plus is Ive never come across greater people. Now whats its greatest minus? The system of governance that exists. I didnt say political and I didnt say representation-wise. Were engaged in processes that, to me, do not adequately look out for the great people of the city.

I think the people have been let down, let out of the process, and been given table scraps by the leaders of the city.

Youve got to go to the heart of the problem. Ive already begun to make the headway that needs to really be made. Ive already had them start to realize that in me, they have somebody who is going to keep his word to do what he can to ensure that the city is as safe as possible.

Ive literally gone directly to the streets. Ive spent a lot of time building relationships there. We have a very large substantive announcement that were going to be making in the next couple of months. What I can tell you, is that announcement has everything to do with an approach that is pretty straightforward but has never been executed by anybody in office or anybody pursuing this office, and its going to be a breakthrough.

So, what made you want to throw your hat into the ring for 2020?

Well, this city is at a crossroads. The direction that the city goes will be very much based off of what happens with this election.

Ive heard some say the state might step in and take more action. Hell, they already control the education funding and they also control the police force. Other than the commissioners selection, the state basically runs the show.

Look at the consent decrees the citys under. Thats equivalent to federal babysitters. This is sad. This is ridiculous. This is an insult, but we deserve it. The city deserves it; not the citizens but these quote-unquote leaders who in my view are leaders in name only.

You seem to get a lot of backlash from people who say youre not from here and you dont know Baltimores needs or how to solve its problems. How would you respond?

I would point you to social media. Its a great tool to use as an indicator. Go back, do some research about how people were at the beginning of my social media conquest in Baltimore and look at where they are now. Im going to guarantee youre going to see Youre not from here, You dont know what youre talking about, Youve got to be from Baltimore to save Baltimore. Now youre going to see We love you, We want you, and Thank you for being there.

What are your views on accountability and transparency, given the recent scandals faced by Baltimores leadership?

I think that the leaders are inept, incapable, and ignorant as to what needs to be done to turn around the city.

We just set a record, in 2019 for homicides and we are now on track to set a record in 2020. So, you tell me, is that effective leadership?

Let me tell you something else everybody is sort of tiptoeing around. Im the first one talking about it and Im going to get deep into it.

Weve got record homicides, record violence, record drug use, Suboxone being handed out, lack of childhood progress in all the arenas of public health. Almost every negative record you can think of is being achieved. What does that speak to? How can the people who are representative of this majority community who are in majority power not look out for their own community?

Frankly, I think those leaders, who are African American at North Holliday Street, need to pull up their britches while theyre in office, and start looking out for their community.

If they have questions as to what level Im talking about, give me a phone call and lets sit down.

How would you ensure that the city is using an equity lens in regard to planning, and resource allocation to make sure that there are more racially equitable policies and programs?

I think that my plan speaks heavily to what approach I would take, which is in every single district. My plan was calling for an equal number of revitalization anchors to be built throughout the city.

The way that my real estate revitalization plan works is it provides an equal number of revitalization projects provided throughout the city, and as well, a task force thats created in every single district, which is made up of the citizens from that district working together to decide what they want in their communities.

How would you ensure that LGBTQ-owned businesses and vendors are included in your revitalization plan?

My plan in that regard would be very straightforward and simple. My approach would be the same way that the federal government has ADA programming, Alaska native set-asides, women- and minority-owned contracting set-asides. I would have my own set asides for the LGBTQ community.

They had been left behind too long as it is, they need to be brought up to speed. Matter of fact,

You have a legislator who is now running for mayor as well (Senator Mary Washington), whos a member of that community. I have a lot of respect for Mary Washington, but do I think Mary has produced everything that her community deserves and that they should be getting to get caught up to where they should be at this point? No, I think weve got a long way to go.

In what ways do you think Mary Washington could be doing more?

She could go and put in a bill right now to require the state of Maryland to require them to have a separate procurement grouping for the LGBTQ community. It may not go anywhere, and it may die in committee, but at least she could offer it. If shes willing to, she should call me Ill work with her on writing the bill.

My goal is not to ridicule and call out. There are people in office currently, I obviously want to expose, but corruption and addressing public safety are my top two concerns and nobodys done it more than I have.

Dhillon also shared details of his relationship with the LGBTQ community. My first committee chair that I brought onto my campaign team was my LGBTQ outreach, he said. My first interview with any major outlet news outlet was with you all. It was done purposefully. Now why? Im not gay. The reason I did it is because the same concerns, the same constraints, and in a lot of ways discrimination that the LGBTQ community has faced, Ive faced growing up as a Sikh American who wears his turban. I faced those same types of issues of being an outcast and at times, feeling as though I was isolated in my own silo, but then I found my way in life to be able to reach out beyond what I felt was my silo to build bridges with others.

Just imagine what Im going to do when Im in that mayors chair on North Holliday street, except its not going to be from my campaign. Its going to be for the people, added Dhillon. 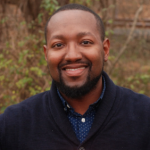