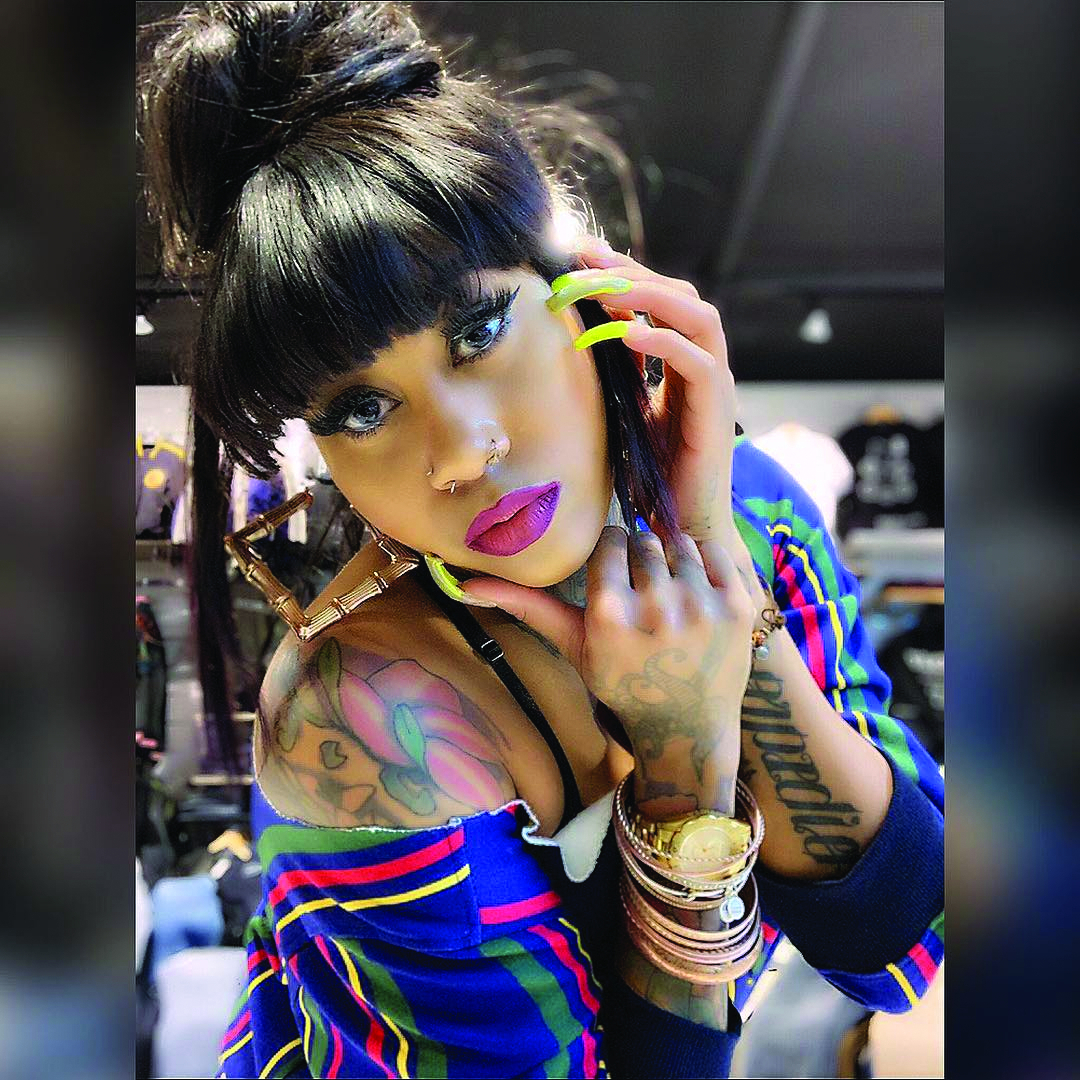 Born and raised in the inner city of Baltimore, Bam has enjoyed an official reign as “Crazy Girl on the Mic,” shutting down every night club in the city of Baltimore. In an entertainment world of superficiality and inflated egos, Bam has a youthful, energetic, and ambitious aura radiating in her hometown of Baltimore, of course, and extending to Atlanta, DC, New York, and other East Coast locations where she performs. Her intro into radio came in college at University of Maryland, Eastern Shore’s Hawk Radio. She quickly advanced and soon was hosting Shay Star radio. Bam was influenced by her late father and guardian angel Barry Harris (aka DJ DragonCuts), who was well known as a DJ for 92Q. She was guided by her father to be involved in the business of radio and entertainment. She has been the lead host of several stations around Maryland and DC such as Power 101.7 VIP Room, VVC Radio, Nik of Time Radio, and Shay Star radio – as well as hosting at several clubs in Baltimore, such as Club Downtown in Baltimore, Oais, Oxygen, Select Lounge, Lux Lounge, and more. She is currently the host for Radio One show “The DJ Booth” on WOLB 1010.

We do not always have the opportunity to learn more about the people that dedicate their time to Pride events, so I welcomed the chance to get more acquainted with Bam.

Richard: Why is the Pride event important to you?

Bam: It’s important to me because it is my first pride since coming out. Being part of the community is like a big deal to me and the experience alone. I have never participated or been part of any Pride. Were you surprised to be selected to host the Baltimore Pride Festival this year?

I was surprised to be selected, but with my managers, Yag Elite, I knew they were going to make something shake. I’m just excited!

What excites you the most about it?

The atmosphere, the crowd’s reactions to me being on the mic. Potentially new supporters. And everybody just being free to be who they are, wear what they like, and be themselves. And of course, Dej Loaf!

From your perspective what would make the day a success?

Making someone’s day, making them smile, and giving them great energy when they are not feeling good that day.

Who inspired you to do what you do?

My dad, who is also part of the radio life (92Q) DJ Dragon Cutts (Barry Harris). Even though I gained an angel, I also know he has opened doors for me, including my brother. And still is …

I wasn’t even supposed to be doing this (hosting). People noticed my personality and wanted to work with me for events, as well as becoming a radio personality. My father came to me in my dreams and just said, “Go for it!” And I’ve been going ever since.

If you host any event in the world, what would it be?

(In my best Beyonce) I would love to host Coachella! I would crowd surf in that crowd as big as it is, LOL.

What is your experience as a host in a field dominated by males?

I feel like I’m opening barriers for women who have a voice. It’s kind of challenging when you are not selling your soul or ass. They have no choice but to respect. I feel like I’m not only doing this for myself but for females who want to do this in the future.

If you could change one thing in the world what would it be and why?

It would be to change people’s perspective about the LGBTQ community and have people be themselves and not hide. And be more respected.

What is your favorite quote?

“Be your unique self, never allow anyone to dim your light” (which is actually from Bam!).

I hope you enjoyed learning more about Bam as much as I did. Now I’m even more excited for Pride! t

If you wish to contact Bam directly, her email is: yagtjackson@gmail.com