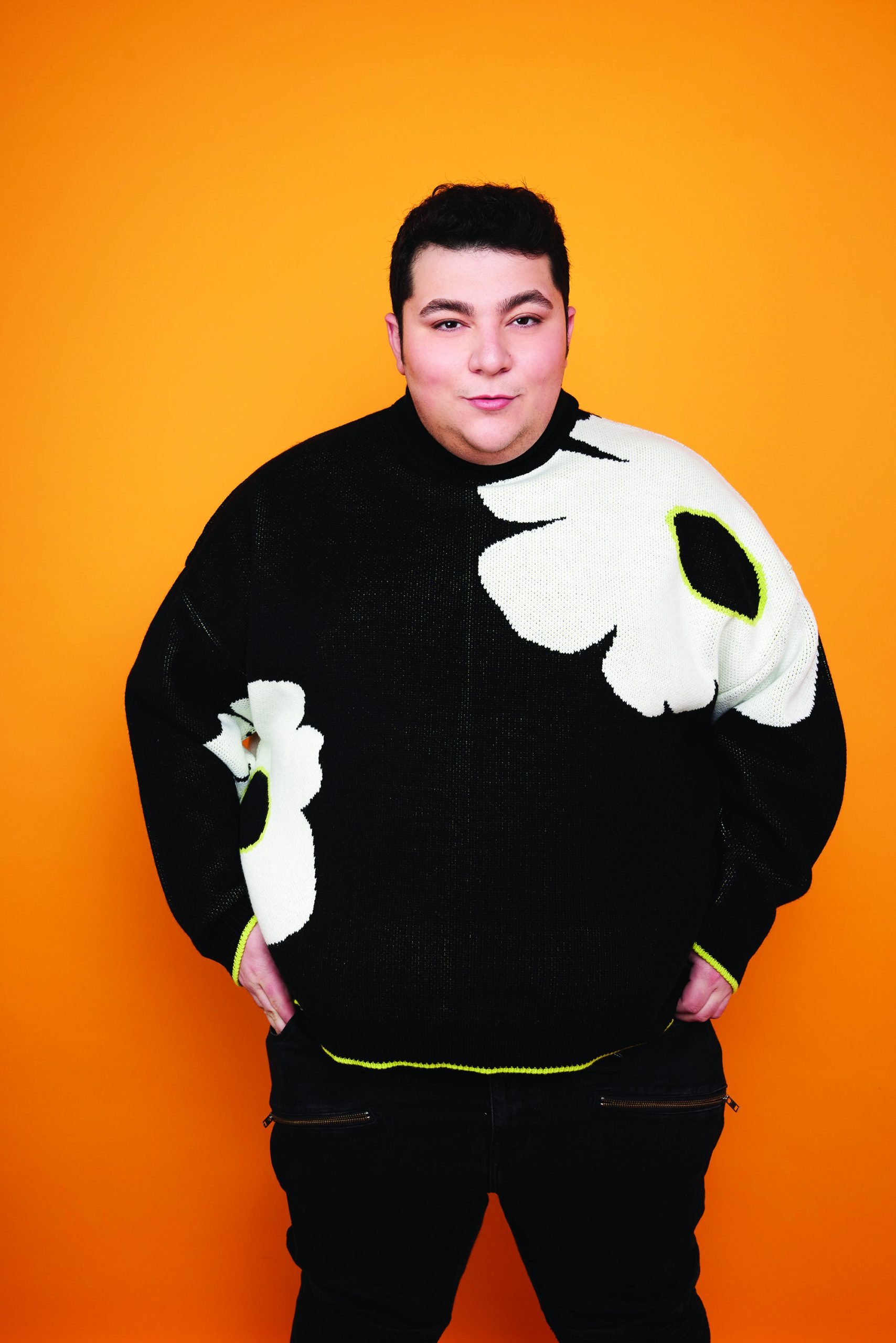 Writer, filmmaker, and actor, Max Talisman is a trailblazer among LGBTQ millennials. The Bethesda, Maryland, native is fighting for diversity and focusing all his efforts in creating content that will bring about change in the entertainment industry. Recently, Talisman spoke to Baltimore OUTloud regarding his upcoming work Things Like This, which is set to begin production this fall. Not only will Talisman star in the film, but he will make his directorial and screenwriting debut. The film, which has assembled an ensemble cast including Tionne “T-Boz” Watkins (TLC), Eric Roberts (The Dark Knight), Krista Allen (Significant Mother), Dyan Cannon (Kangaroo Jack) and Miles Tagtmeyer (Broken).

The film will also answer questions about what happens when you fall in love in a big city and suddenly experience misunderstandings, a reckoning with destiny and all the turmoil that arises in relationships. The story will not only speak to the LGBTQ community, but it will also share a universal message of love and how we all run away from those who we need most.

Frankie Kujawa: Tell our readers a little about Things Like This?

Max Talisman: It’s is a queer, gay romantic comedy about two guys with the same name. The whole thing is we never really had a gay movie that is not about coming out. Every gay movie we’ve ever seen deals with the “coming out” process. I think that the whole community really understands that is just the beginning of a queer person’s life in the community. You know like, “What happens next? What is the whole journey of a gay person falling in love post-coming out?” Movies Love, Simon and Alex Strangelove all deal with coming out. To be clear, I love those movies. I’m a big fan of them. Falling in love while dealing with being closeted and coming out – all of that is a very specific way to fall in love. I think for a huge portion of the community, the falling in love happens after you’ve come out of the closet and you focus on yourself a little bit. When you’re at the point where you’re now ready to fall in love and ready to really embrace love. I think that comes with its own story that we just haven’t seen on screen yet. So, I’m really excited to share it.

It was a lack of seeing what I wanted to on screen. It was around the same time that those movies that I just talked about were coming out. A lot of them dealt specifically with high schoolers. I just felt like I wasn’t seeing my demographic. I wasn’t seeing young people falling in love where they weren’t focused on coming out. Those movies weren’t focused on the demons of falling in love. I’m a young millennial and I’ve recently fallen in love. Just to deal with the demons that come with falling in love is excessive. I’ve never seen it on screen. Even in a straight film, I haven’t really seen young people dealing with the world we have now. A world where falling in love comes with its own set of expectations and issues. I felt like I needed to write this film. I’ve never felt stronger about having to sit down and write something more than having to sit down and write Things Like This. The first draft was finished in five days. It was an unstoppable type of thing. I barely left my apartment.

What three words best describe your writing process and why?

I would say focused. I have to be extremely focused when I’m writing. I have to clear out all other distractions. This next one is going to be an interesting one – musical. I have to have music inspiring me the whole time I’m writing. That inspires my writing, and it informs it. It sort of creates a story in itself. Lastly, I would say collaborative because I like to show people what I’m working on. I like to get input as I’m writing. I only send it to the people I’m closest to, and a person I send a lot of my stuff to is my brother. He doesn’t have any ties to the entertainment industry, but I trust him a lot. So, when I’m writing, I send him a lot of what I’m working on. It’s good to get input as you’re writing because it informs the later scenes, too.

What three words best describe your acting process and why?

(Laughs) You know there are like a million words going through my head. Once again, focused because when I’m acting, I have to remain in that state of very clear intention. I would also say explorative. That is because it’s all about finding the right part of the character that’s the right thing to find in that scene. Lastly, I would say becoming, because when I’m acting, I try not to think I’m acting. I try to just be the character and it’s a level of acting I strive every time. I don’t want any part of “Max” to appear on that screen. I am that character. It’s not about acting, it’s about being.

What does the word inclusion mean to you?

Right now, I think it’s one of the most important words in any industry, but especially in the entertainment industry. I think for so long it’s been an exclusive kind of club. That’s unacceptable at this point. We’re at a point in time and history where these rules that we’ve had in the entertainment industry for 100 years now need to be taken down. The status-quo of what we’ve expected to see on screen is not acceptable. It’s shocking to me that every series that we’re watching on TV doesn’t have inclusion in regard to race, sexuality, and body sizes. At this point, what we need to see on screen is a reflection of humanity. Humanity is deeply varied. Humanity in itself is so many different shapes, sizes, colors, and sexualities. It’s different gender identities. It’s all of these things and that’s what beautiful about humanity. Unfortunately, we haven’t seen that reflected on screen. So, for me, inclusion is the most important word in entertainment right now. It’s exactly what I think we need to be focused on – telling stories of every different demographic we can. That everyone watching a screen feels represented. That’s what a screen can do. It can make people feel seen. Anyone in the world can feel seen by that and how incredible is that? To have that kind of reach. So we really need to be more responsible and realize that there are young people wanting to see themselves represented. It’s our responsibility, as creators, to make sure that they are represented.