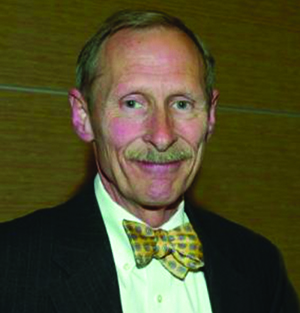 Boston, MA – This summer, Greater Boston’s LGBTQ community lost a pioneering and influential advocate with the death of Mitchell Adams from cancer on July 18. In 1992, while Adams was serving as the state’s Commissioner of Revenue under Gov. William Weld, he and his partner Kevin Smith made the bold decision to come out publicly in a Boston Globe interview. Smith, who predeceased Adams in 2014, was Weld’s Commissioner of the Division of Capital Planning and Operations at the time.

The Nov. 13, 1992 story’s awkward headline, “Two male Weld officials say they live as a couple,” reveals a bit about the discomfort of mainstream media—and the broader culture—with affirmative discussions of LGBTQ lives at the time. So, too, does the fact that Adams and Smith decided to go public about their 12-year relationship after the Boston Herald’s resident homophobe Howie Carr made “several derogatory references to the couple in his column” as the Globe reported. The local story about Adams and Smith— both Republicans working for a Republican governor—played out as culture warriors like Pat Buchanan and Alan Keyes were driving their stridently anti-gay “family values” agenda into the mainstream of national GOP. But the couple’s public coming was met mostly with plaudits, even from Democratic Rep. Barney Frank, one of the few openly gay politicians at the time.

Of course, none of this mattered much to Weld, who remains among the most pro-LGBTQ Massachusetts governors to occupy the office. That likely has much to do with the fact that he and Adams were friends going back to their days as Harvard classmates where the two were roommates in the early 1970s. Adams had been out to Weld for quite some time, a living testament to Harvey Milk’s insistence that coming out to our friends, family, coworkers, and neighbors was the only way gay people would “start to achieve our rights.” Adams and Smith again made the political personal in June 2004, when Weld officiated at their wedding just weeks after Massachusetts legalized marriage for same-sex couples. From his philanthropy to his care of those dying of AIDS, Adams changed his world for the better. But his advocacy as an openly gay member of the Weld Administration may have made the greatest impact on LGBTQ politics in the state and advanced the cause of LGBTQ equality. (Bay Windows – Sue O’Connell at http://www.baywindows.com/Mitchell-Adams-Remembering-a-pioneer)