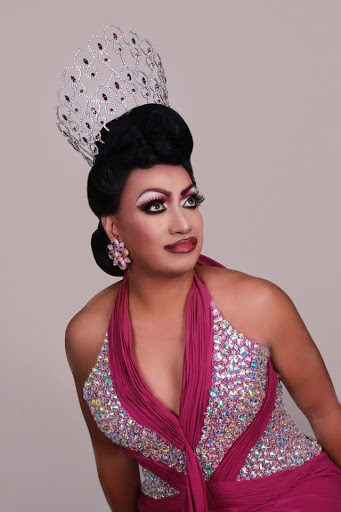 Washington, D.C. – Maryland drag performer Sue Nami joined drag performers from all 50 states in a roll call video for LGBTQ voters hosted by Shangela, Bob the Drag Queen, and Eureka O’Hara The hosts and producers behind the Emmy-nominated HBO docuseries We’re Here premiered “We’re Here. We’re Queer. #WeVote,” a roll call video featuring drag talent from all 50 states, as well as DC, urging LGBTQ people and allies to vote in the upcoming election. View the video at https://youtu.be/XXYZJBHx4s0 Shangela, Bob the Drag Queen, and Eureka O’Hara, hosts and consulting producers of HBO’s We’re Here, star in the video, based on the 2020 virtual roll call from the Democratic National Convention, where a representative from each state cast votes for a candidate from a beautiful location in their home state.

“We’re Here. We’re Queer. #WeVote” aims to reach LGBTQ voters and motivate them to the polls, to let them know their votes matter, and that LGBTQ voters are here, everywhere. [It] premiered on national LGBTQ advocacy organization GLAAD’s Facebook, Instagram, Twitter, and YouTube pages today. The video also premiered on social media pages of Shangela, Bob the Drag Queen, Eureka O’Hara, and the other talent featured in the video. The roll call video was created and produced by Stephen Warren, Johnnie Ingram, Erin Haglund and Peter LoGreco, producers of HBO’s We’re Here, as well as Intellectual Property Corporation and Trailer Park. We’re Here was nominated for Outstanding Unstructured Reality Program at this year’s Primetime Emmy Awards and was recently renewed for a second season by HBO. The video points viewers to GLAAD’s Voting Action Center (http://glaad.org/vote) to check registration, request mail-in ballots, and become a digital door-knocker to spread the word about what is at stake for LGBTQ people this election.

Bob, Shangela, and Eureka also spoke out about the importance of the LGBTQ vote: Bob the Drag Queen said: “Voting is the cornerstone of democracy and when you are underrepresented in congress this is the best way to make your voice heard.” Shangela said: “It’s imperative that we as an LGBTQIA community stand together and make our voices heard loud and clear during this election. There is a great deal at stake for us and those who love like us, and if we don’t win, the conservative agenda will push back any progress on equality that we’ve achieved in the last decade.” Eureka: “The importance of LGBTQ people using their voice has always been important, but now more than ever! We have to stand together to maintain what growth we have received in our equal rights and especially to keep them moving forward. It’s no longer a suburban family ruled America! We have to prove that! We’re Here and We Vote!” video features drag queens, drag kings, transgender and nonbinary talent as well.