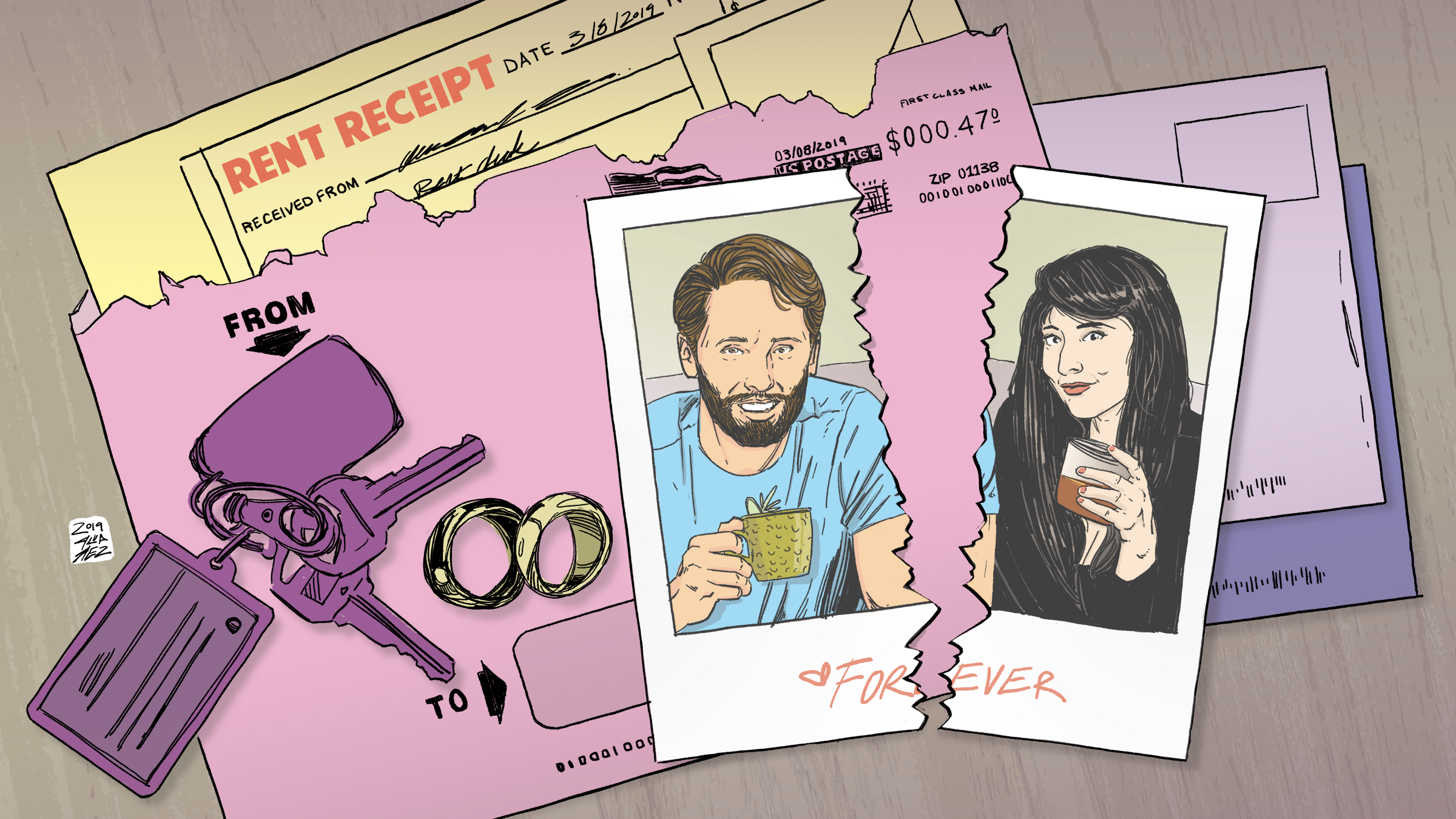 I’m a young bisexual monogamish girl and I live with an ex-boyfriend who is also monogamish and bisexual. We’ll call him “Matt.” Matt and I are wonderful friends, and have a comfortable, amicable living situation. Here’s the problem: For the past six months, Matt and I have both been dating the same guy. We’ll call this guy “Jesse.” Jesse recently decided to end things with the two of us, and Matt is way more upset about his break-up with Jesse than I am. I’m trying to be supportive of his grief but I’m also trying to move on from this period of my life, and Matt has been having trouble with how swiftly I’m ready to let go of Jesse and resume dating other people.  How do I take steps to start dating again when he’s still miserable? How responsible am I for my ex’s healing process while we’re cohabitating?

Whew! Well if that isn’t complicated, I don’t know what is!

You say you’re young. I’m not sure how young, exactly, but kudos to you for being able to create and sustain a healthy, happy living environment with someone you were once partnered with. That demonstrates a level of emotional maturity and intelligence on both of your parts that most people – let alone former couples – never achieve.

I hear the battle between empathy and annoyance that’s waging war within you right now. You obviously are skilled at asserting and maintaining boundaries, and it sounds like you don’t understand why Matt’s boundaries might be slipping and complicating your plans to move forward with your dating life. I think I may have some ideas as to why that could be (although keep in mind that I don’t have any information on why Jesse initiated those break-ups, so I’ll be hypothesizing slightly more than usual!).

First, keep in mind that connections between folks who were assigned the same gender at birth are often more emotionally intense than folks who were assigned different genders at birth, which in turn can make the ending of those relationships more challenging. There are multiple camps of thought on why this is the case, but in my opinion it’s because we have so many shared experiences built in from the get-go. When you date someone who already has a context for so much of your life, it forges a bond that can feel more complex and powerful in a way that is difficult to articulate. This may be why Matt is having a harder time healing from his break-up with Jesse than you are (and, it also could have nothing to do with this).

In addition, it’s clear that you, Matt and Jesse were in a non-monogamous triad of sorts. Even if you and Matt no longer interacted intimately with each other, you became metamours to one another by virtue of your shared romantic partner. Whatever title or role you want to assign to Matt, the fact of the matter is that your multifaceted bond may have had a significance to him that wasn’t shared by you. So when Jesse broke up with the both of you, Matt didn’t just lose his boyfriend; he also lost his triad dynamic, which may have begun to feel like a family.

In terms of looking to the future, I know you may not want to hear this, but you should consider ending your cohabitation with Matt, even if it’s just temporary. If I were you – and if it’s financially accessible to you – I’d sublet my room out for a few months and live elsewhere to give both of you some breathing room and time to heal. It certainly doesn’t mean that you have to stop seeing one another or supporting one another once you’re no longer sharing a space, but it will release you from much of your sense of obligation for his healing process, and will work to ensure that you’re able to remain in each other’s lives in a healthy and meaningful way in the future.

Lastly, don’t fall into an emotional labor trap. I want you to cement the phrase “there is nothing wrong with me for moving on” in your mind and play it on loop until you truly believe and embrace it. Your lingering guilt about starting to date new people while Matt continues to grieve is partially a result of your socialization as feminine. Folks of feminine experience are often trained to elevate, nurture, care for, and serve the whims of masculine folks so that they may never be uncomfortable and always feel empowered to reach their full potential. Meanwhile, our full potential gets deprioritized. These socialization strategies are being triggered by your witnessing of Matt’s pain. You may care about him deeply as a friend, but you are no longer responsible for him or his emotions (real talk: you never were), and right now the guilt you are experiencing is stifling your own healing process. Matt needs to seek out other sources of support that aren’t you – if he hasn’t already – and interrogate the efficacy of his current coping and self care strategies. Perhaps he needs to get connected with a LGBTQ savvy therapist who’s also fluent in alternative relationship structures. It doesn’t sound like Matt is consciously trying to shame you or place a monopoly on your time or attention, but that’s what he’s doing. You need to free yourself before you get stuck.