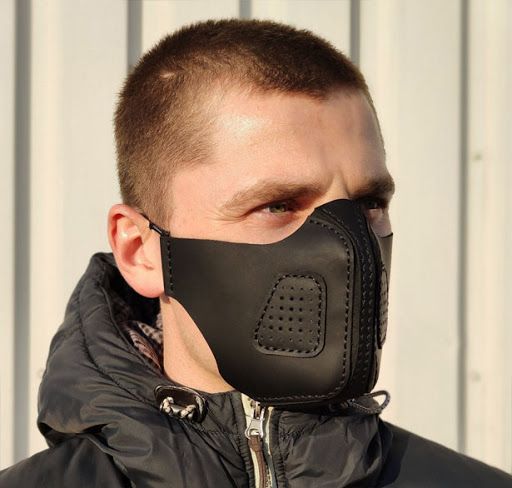 The last few months have not been easy for anyone. Humans are social by nature. For me, living a virtual life on my phone or computer just doesn’t bring me joy. I have been praying and searching for some bright spot in these dark times. In Maryland many places are slowly starting to reopen. There are very few people in the bars, but it is safer that way. For me, having a beer out with a friend or two is a million times better than having one at home. I feel like I am slowly starting to come back to life.

After a few weeks of just having the patio open, The Baltimore Eagle opened the main bar on Friday, June 26th with DJ Val and go-go boys. They had a small crowd with lots of room for social distancing and the high-energy music was wonderful. For now, the bar is only open Friday and Saturday 4 pm – 2 am. I also recently returned to Leon’s where only Leon’s Back Room (formerly Steampunk) was open and there was no 2 for 1 happy hour. Staff were doing an excellent job wearing mask and wiping everything down. It was a good start to returning to life.

The real problem continues to be holding large events. COMMAND, MC recently announced that November’s Maryland Leather Person Contest (formerly Mr. Maryland Leather) has been canceled. Still on schedule for November is Cleveland Leather Awareness Weekend (CLAW) scheduled for November 19th – 22nd in Cleveland, Ohio. CLAW is very popular for the many seminars and educational demos that are held. The organization has been doing some presentations virtually, but is still planning on hosting their main event, that was originally scheduled for April. In fact, Baltimore ShipMate member David Sugar recently informed me that after the recent success of his virtual presentation regarding Disability Awareness in the Kink/ Leather Community, he has been asked to come to CLAW as a presenter. Also still scheduled is the Northeast Person of Leather 2020 Contest in Baltimore. This weekend filled with workshops was going to happen in March but is now scheduled for October 16th – 18th. Go to twistingculture.com for all the details.

Although not leather related, many in the Baltimore leather community enjoy the annual Dining Out for Life event benefiting Moveable Feast. On the date of the fundraiser, area restaurants donate a percentage of the bill to this wonderful organization. It is a very enjoyable evening. We always like to try to visit an upscale restaurant that we wouldn’t usually frequent. This year the 27th annual Dining Out for Life will be a virtual event. On “takeout Thursdays” supporters are asked to get carryout from a list of restaurants and host virtual dinner parties. For more information visit mfeast.org/diningoutforlife. Sounds like this year dining out is all about dining in.

I was happy to learn recently that although the enormous Mid-Atlantic Leather Weekend put on by the Centaur MC each January is still up in the air for January 2021 due to the virus, plans are in the works to reschedule the clubs 50th anniversary that was to be May 2nd to sometime in the fall.

So many leather events at bars have been cancelled over the last few months. The New York Times recently ran an article that asked the question: Can gay bars survive the pandemic? With that in mind if it is safe to do so, the ShipMates Club is planning to hold their scheduled July bar nights. Sure, the bars only have a few people and social distancing must be practiced, but our LGBTQ+ businesses need our support after being closed for three months. Going anywhere is a choice, these days. A few months ago, we went to a Walmart to buy a new grill and the place was packed. I didn’t feel good about being around that many people. The bars only have a few people and one can social distance. On Friday, July 10th join the ShipMates at Leon’s starting at 8 pm and on Saturday, July 25th starting at 10 pm come help the ShipMates support Mixer’s bar.

It has been a depressing and dark few months. I’m happy to see that the world is starting to come back to life. I’m starting to see a little light. Keep you spirts up. Stay safe!