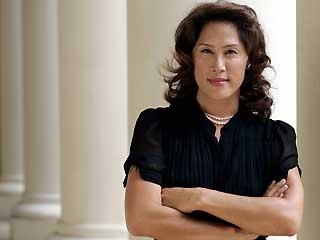 Ten years ago, the struggle for transgender awareness and acceptance was a struggle largely unnoticed. I had just begun my own transition and could never have imagined how much society would transition with me. Transgender people were so far off the radar that it was actually legal for a transwoman to use the ladies restroom in North Carolina. Ten years have brought profound change in our struggle for equality – some beyond anything we thought possible, and some changes that have brought renewed hate and suspicion.

It was ten years ago, in 2006, that Kim Coco Iwamoto became the highest elected transgender official in the country when she was elected to the Hawaii State Board of Education. In 2008 the first trans mayor, Stu Rasmussen, was elected mayor of Silverton, Oregon – the first openly transgender mayor in America. In 2010 Amanda Simpson was the first transgender presidential appointee – senior technical advisor in the Department of Commerce. Phyllis R. Frye in Houston, Texas was the first openly transgender judge (2010). In 2012 the Girl Scouts in Colorado announced that they were welcoming all children who identified as girls. Also in that year, the Equal Employment Opportunity Commission (EEOC) declared that transgender employees must be protected from discrimination based on Title VII of the Civil Rights Act of 1964.

At long last, in 2013, the American Psychiatric Association updated the DSM, replacing “Gender Identity Disorder” with “Gender Dysphoria.” In 2014 the Department of Health and Human Services declared that Medicare must cover Gender Confirmation Surgery. LaVerne Cox, in 2014, became the first trans person ever on the cover of Time magazine and was the first transgender person nominated for an Emmy.

We look back on 2015 as an incredible year. President Obama mentioned “transgender people” in the State of the Union Address – a first. Caitlyn Jenner introduced herself and appeared on the July cover of Vogue. The Pentagon announced plans to lift the transgender ban on military service, and the White House hired its first openly transgender staff member, Raffi Freedman-Gurspan.

In May of 2016, the Department of Education directed public schools to permit students to use restrooms consistent with their gender identities, citing Title IX of the 1972 law that prohibits discrimination based upon sex. And in August, White House staff member Sarah McBride was the first openly transgender speaker to address a major political party at the Democratic National Convention in Philadelphia.

In spite of the advances, there have been significant setbacks in the past ten years. In 2007 transgender people were removed from inclusion in the Employment Non-Discrimination Act (ENDA) in order to secure enough votes for passage. This move was regarded as yet further marginalization of the transgender community. The measure ultimately failed.

In 2015, HERO (Houston Equal Rights Ordinance) was rejected by voters, largely because of the restroom scare. Despite the lack of any evidence, transgender people (trans women in particular) were portrayed as a predatory threat in public restrooms. In North Carolina, HB2 was passed and quietly signed by the Governor. This measure prohibited trans people from using any restroom or locker room other than the ones matching their birth sex and has been viewed as a contentious step backward for civil rights. The backlash over HB2 has been swift and strong.

But worst of all, exactly ten years to the day after the start of my own transition in 2006, the horror in Orlando occurred on June 12 – a tragedy not only for the trans community and others on the LGBT spectrum, but for all Americans who value diversity and equality.

As I look back over my own first ten years as living female in this society, I am struck by how far we have come as a people in embracing acceptance and diversity. Just as marriage equality seemed distant and elusive back in 2006, so too does the Equality Act seem today. It is with courage and anticipation that we look ahead toward the next ten years and wonder just how far we will possibly go.

Laura Anderson is an educator, author, researcher, parent, and granddad. Her years teaching in public school as male provided the foundation for her more recent role educating future teachers. Living female for the past decade, she has come to appreciate the privileges she once held– both male and cisgender– privileges now replaced with the fulfillment of living as her true self.