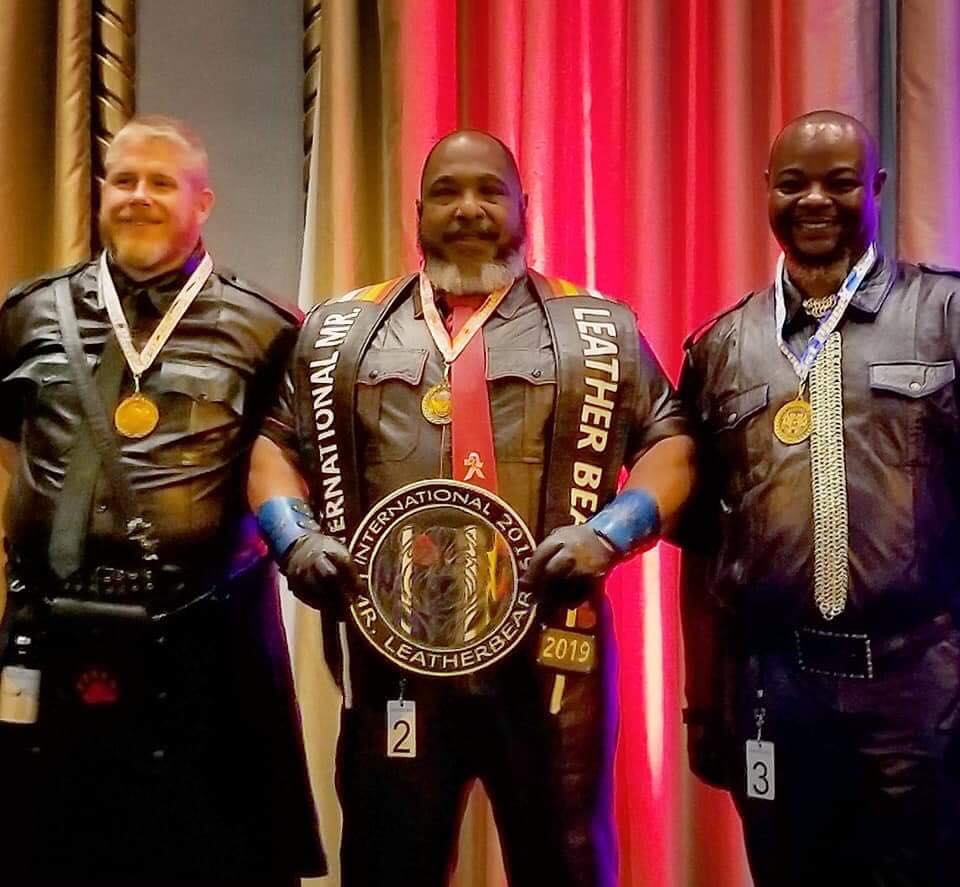 I can’t believe that it is almost November and another year has just about come to an end. Here is a quick look at some recent news in the leather community and a few events that you will want to attend between now and the end of the year.

Two of my good friends have recently gone to the dogs – and I couldn’t be happier for them! Mr. Maryland Leather 2016 Eli ONYX was sashed Mid-Atlantic Handler 2018 at the Mid-Atlantic Puppy and Handler Contest on May 19th at The Bike Stop. The title of Mid-Atlantic Puppy 2018 went to Puppy Biff Skunk. Over the weekend of October 11th to 14th Mr. Fire Island Leather 2017 Gebbs Joe took home the title of Northeast Puppy Handler 2019 at the fourth annual Northeast Puppy and Handler Contest held in New York City. Pup Sirius was selected Northeast Puppy 2019. Pup play has really become a major subculture in the leather community, and on November 2nd, starting at 8 pm, Baltimore Pup Night will be held at Club 1722 (1722 North Charles Street) with DJ UltraPup. Details and tickets may be found at Baltimore Pup Night on Facebook.

I also need to congratulate another longtime friend. Ali Lopez a member of the Centaur MC was sashed International Mr. Leather Bear 2019 on Saturday, October 6th at the contest held at the Lord Baltimore Hotel. Another international leather titleholder will be visiting Baltimore on Friday, October 26th when International Ms. Leather 2018 Girl Ang arrives thanks to FIST leather club. A dinner and dance will be held starting from 7 pm to midnight at the Clifton Pleasure Club (2803 Grindon Avenue).

I have always had a lot of respect for the hardworking bootblacks in our community. It is great that they seem to be getting more respect and that there are now more bootblack leather titles each year. It really is a skill. Did you ever wish you knew more about bootblacking? An event called “Mid-Atlantic Boot Lab” is scheduled for Sunday, November 18th from 1 to 3 pm at the Baltimore Playhouse (3010 Washington Boulevard). Come out and meet some of our area’s best bootblacks and learn a little about this important craft.

One November celebration that I always make a point to attend is the anniversary weekend of the DC Eagle bar. Come join me over the weekend of November 16th to 18th as Washington’s iconic leather bar toasts 47 years! The 47th anniversary weekend will also include the Mr. DC Eagle 2019 Contest on Saturday evening and the inaugural Ms. DC Eagle Contest. Details can be found on Facebook and at Dceagle.com.

If it’s time for the DC Eagle anniversary that means that the holiday season is just around the corner. The holidays can be a roller coaster of emotions for many people. Schedule something enjoyable for yourself. Make plans to be at Paradise at the Empress Hotel in Asbury Park, New Jersey on Saturday, November 24th from 1 to 6 pm for the 45th annual Santa Saturday presented by The Bucks, MC. This charitable show and auction will help you start your holiday season on a fun note.

The ShipMates leather club with celebrate their 45th anniversary in 2019 and will be once again kicking off the holiday season in Baltimore with their annual Daddy Christmas fundraiser scheduled for Saturday, December 1st at 10pm at The Loft at Grand Central. There will be dancing, a silent auction, pictures with Santa, and the popular raffle for a wagon of cheer. This year’s Daddy Christmas benefits Adullum Community Healthcare.

The first Saturday of December brings the ShipMates’ Daddy Christmas and the second Saturday brings Baltimore’s leather community’s other holiday tradition- the “12 Days of Christmas.” On Saturday, December 8th from noon to 6 pm come join me at the Conference Center at the Maritime Institute as Hooker & Boys presents the 20th annual “12 Days of Christmas- A Cos Play Kinda Christmas.” This extravaganza of a show and huge silent auction is the must do holiday event. This year’s charities are: The Attic Youth Center, Mary’s House of Older Adults, the Baltimore Transgender Alliance, and AIDS Action Baltimore. General admission at the door is $20 or hurry and reserve a table on Facebook.

Next up is Maryland Leather Weekend, the Mr. Maryland Leather 2019 Contest, and the 30th anniversary of COMMAND, MC scheduled for November 1st to 4th in Baltimore. For tickets and a full schedule of events visit Commandmc.org.

The end of the year is near. Come out and make a few more memories before 2018 is over. It is not too late to have some fun this year. Hope to see you out!