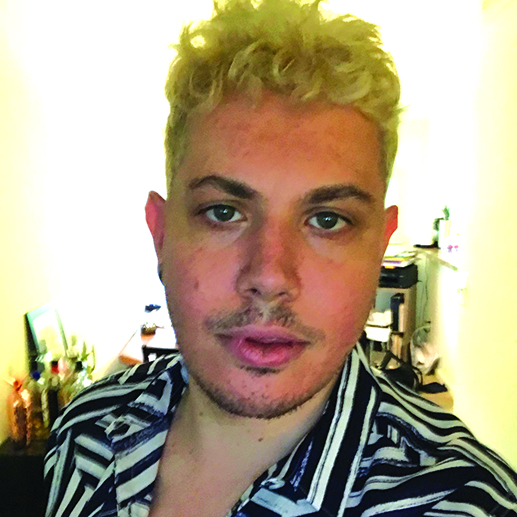 Calling all party people, artists, performers and icons! Have you ever wanted to be part of a music video? To get your best groove on camera, preserved for posterity? Then make sure you are at the Ynot Lot (1904 North Charles Street, Baltimore) from 6 to 8:30 pm on Saturday, February 29th. Gomor Tenzen, the brainchild and eponymously named electronic project created by artist and musician Dallas Abramson, will be filming a music video for a new single. He has issued an invitation to any and all who would like to be part of the project.

A Baltimore native, Dallas has been working steadily over the last decade to build his music career. He began that journey under the name Moon On Fire, releasing bootleg remixes of pop favorites like Lady Gaga, Lights and others. Last year his remix of Madonna hit Bedtime Story was included along with an international roster of artists on a compilation album of Madonna hits titled Club Volante, Volume 7, Time 2 Dance produced by Madonna Remixers United. You can hear it on Soundcloud at Bit.ly/32livVq. His remix of Madonnas Crave was also included on the projects LP Raison dEtre available to download at Bit.ly/32mls88. Listen to all of Dallass Madonna remixes at Soundcloud at Bit.ly/2uu3R1I,

After releasing his first single, In You, in Me, on Los Angeles based label No Ego Records, Dallas decided to switch gears and focus on more hard-hitting sounds as Gomor Tenzen, providing him an opportunity to foray into club-centric electronic music. He regards his single New Mexico as the starting point for this new chapter in his musical career and will be filming a music video for the song on February 29th. All are welcome.