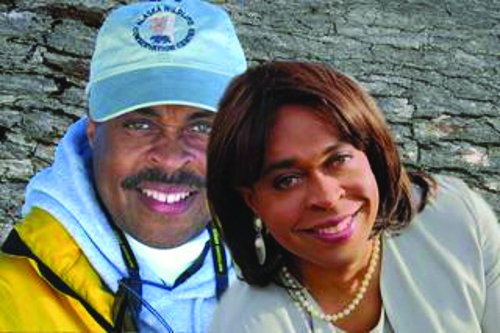 Living a double life for 40 years wasn’t easy. I thought after all those years I was like Superman. Any chance I had, I was dressing like a female. To help you understand, I’ll start from the beginning when I was 13 years old, when I first started dressing.

I started exploring in my mother’s closet looking at all the hot and wonderful clothes she wore, from medium-length dresses and skirts to mini dresses and skirts. My mom was smoking hot in her younger days. Okay, she still is at her young age of 83. Although my mother had some awesome clothes, I really liked the style and look of my Aunt Harriet. I would take the clothes my mother had and styled them up to what I believed my aunt would wear. So, around the house whenever I had the chance I would dress up. After school (and most of all when school was out), I would dress all day long until I thought my mom would be coming home. She never knew when I called and asked her when she was leaving that that it gave me that much time to stay dressed. Even if I didn’t know when she was coming home, I had my male clothes ready to jump into like a fireman when I heard her coming in.

Later when I got older and started to shop at the store, I had hiding places in my house that no one could find. I would hide my women’s clothes in my bedroom in the drop ceiling, footlocker, and in even the trunk of my car. Sometimes, depending on the clothes, I could mix them in with my male clothes in the drawer or closet. I was good at hiding things.

When I would go somewhere in my car, I would change somewhere nearby the house, such as in the car at the park or the gas station. Then when I got near to where I was going, I would park somewhere and change back into my male clothes. I got so good at changing, I could from male to female in about ten minutes, makeup and all. I would always carry a jug of water to wipe off my makeup.

I believe the hardest thing for me to do when being out at a club was remembering which name I was at the time. When I had an email account, I had to remember in my writing who I was at the time and not to slip up, mostly when I was on my work email. There were many times that my mind was in the mode of Karen and I didn’t know why. Sometimes I wish I could come to work dressed as Karen and work all day that way. I even would imagine myself taking the metro to work and walking down the street as Karen. All these times in the past I wondered what it would be like to go to work as Karen, never knowing why I felt that way so deep down inside.

Years later I got married, and the hardest thing was for me to come to terms with living this way and being married to someone you loved and not hurting her. While I was married for 18 years, I knew it was wrong, but I didn’t understand it myself. After my divorce and I realized that I was transgender I tried to call my ex to say, “I’m sorry.” I tried multiple times to tell her I was sorry, but she never returned my calls. My stepkids knew I wanted to say those words, “I’m sorry,” but she still didn’t call, however I did apologize to the kids. Maybe one day she will see and read this article and know deep down inside of me, I am so sorry, and that I never meant to hurt her. Now, I can truly understand who I am, and that I am 200% happier than I have ever been.

My next article will be titled “Staying Safe as A Woman Now.” Visit my personal website at Kkholmes.com, or for comments write to me at kkholmes@kkholmes.com. Remember one thing … Shoot for the moon and even if you miss, you’ll be among the stars.