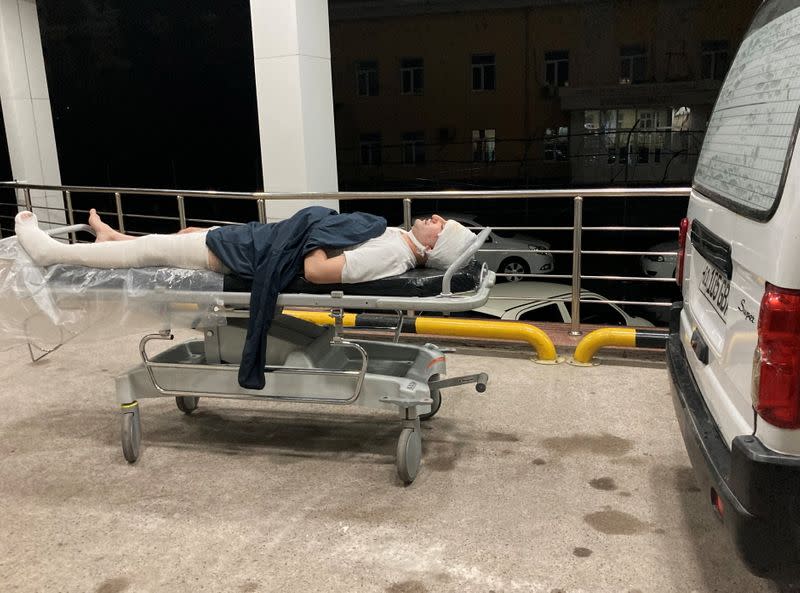 Tashkent, Uzbekistan – Emma Powys Maurice writes for Pink News that the Uzbek LGBT+ community say they’ve been driven underground in fear of homophobic backlash after a vicious attack on a prominent blogger and his supporters. Miraziz Bazarov remains hospitalized with serious injuries, which he sustained in a savage beating by three masked men with a baseball bat on 28 March. The blogger is a vocal critic of President Mirziyoyev and had called for LGBT+ gatherings at holy sites in protest against the criminalization of same-sex relationships in Uzbekistan.

An angry mob later attacked several young people who planned to attend an event organized by Bazarov, although it had nothing to do with LGBT+ issues. LGBT+ Uzbeks had been largely left alone until the backlash against Bazarov’s posts, Reuters reports, but now they feel their lives are in danger.

“Right now, because of this outburst, LGBT people receive many threats and try not to leave their homes, not to meet in cafes, many want to leave the country,” one said. “There are thugs on the streets who can approach anyone and question them about their sexuality.” Queer people are now avoiding cafes where they once met safely in public, some of which have shut, Reuters was told. “They are afraid to step outside, some have left their home cities, fearing for their lives,” said an Uzbek human rights activist who requested anonymity.

Uzbekistan punishes same-sex relations with up to three years in prison, and soon it may be illegal even to speak about overturning this law. Three days after Bazarov’s attack the president signed into law amendments to the country’s criminal code which ban “insult and slander” of the president online, by media or individuals. The legislation does not specify what qualifies as an “insult”. Bazarov’s supporters say the blogger’s provocative comments on LGBT+ issues were meant as a challenge to the deeply conservative state. Some queer people now worry their security has been put at risk by campaigners interested in provoking confrontation that is unrelated to their rights. “Bazarov was just looking for hype and hurt the [LGBT+] community,” the anonymous activist said. Others disagree. “This [wave of homophobia] would have happened in any case,” said Timur Karpov, an ally of Bazarov. “He was just speaking out about the inevitable.” (Pink News – Emma Powys Maurice at https://www.pinknews.co.uk/2021/04/10/uzbekistan-lgbt-community-miraziz-bazarov-attack-blogger/)