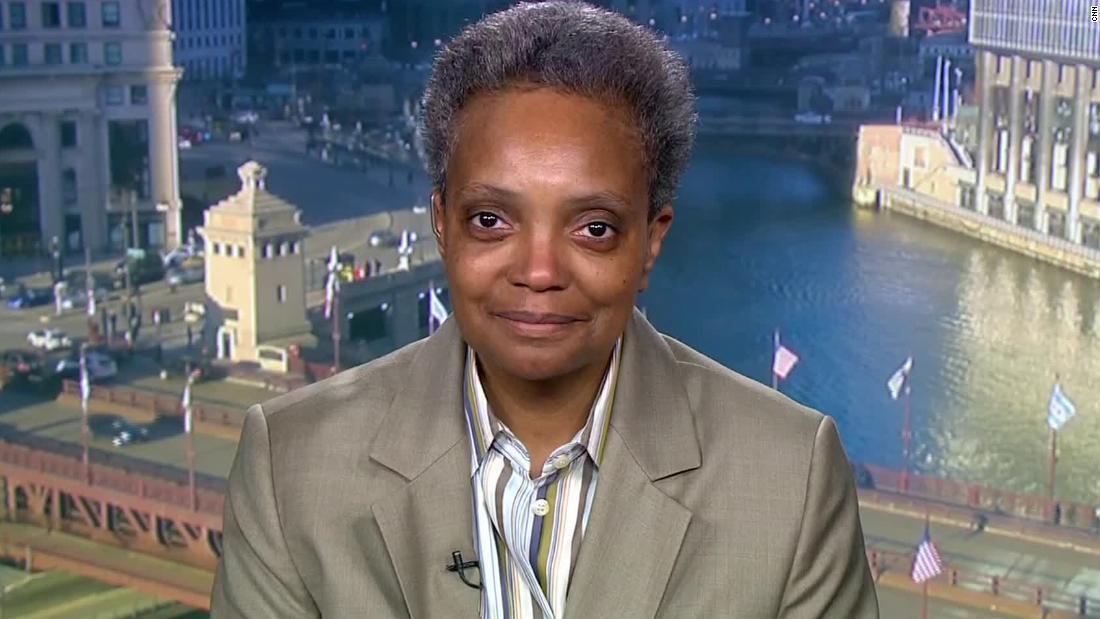 Chicago – Chicago elected its first African-American woman and first out lesbian mayor on April 2nd. Lori Lightfoot campaigned against the machine politics that have dominated Chicago since the days of Richard Daley and won a resounding victory, trouncing her rival, Cook County Board President Toni Preckwinkle, by almost three-to-one. “Today, you did more than make history,” Lightfoot told hundreds of supporters at her victory party. “You created a movement for change.”

Lightfoot is a former federal prosecutor and first-time political candidate. The daughter of poor parents who worked multiple low-wage jobs in the segregated steel town of Massillon, Ohio, she graduated from the University of Michigan and the University of Chicago Law School. “My parents didn’t have much money, but they had their dignity and their dreams, dreams for their children, dreams for me,” Lightfoot said. “They taught me the value of honesty, decency, hard work and education, and they gave me faith, the faith that put me where I am today.”

Lightfoot will become the third African-American and the second woman to serve as mayor. Chicago is now the largest US city ever to elect an openly LGBT mayor. “A lot of little girls and boys are out there watching us tonight, and they’re seeing the beginning of something, well, a little bit different,” Lightfoot said.

But Benji Hart, writing in the Advocate, warned not to get up high hopes about Lightfoot: “Black queer Chicagoans, especially those who are low-income, don’t merely predict oppressed people will suffer under the Lightfoot administration but know it,” she wrote. Hart argued that Lightfoot’s “record already demonstrates a commitment to gentrification, disinvestment from poor communities of color, and impunity for an ever more militarized police force.” (Seattle Gay News – Mike Andrew at Sgn.org/sgnnews47_14/page1.cfm)