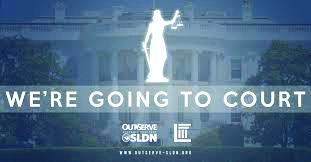 According to the press release, the plaintiffs received notification just days before Thanksgiving that “their discharge appeals [had been denied] despite compliance with fitness assessments and medical treatment, as well as strong support from commanding officers …. the plaintiffs were found ‘unfit for continued military service.’” The lawsuit challenges deployment policies at the Pentagon that prevent service members living with HIV from deploying outside the US without a waiver. The suit alleges that the policies have “restricted the opportunities of service members with HIV” for years and are now “being used to justify separating service members solely based on HIV status.” In February, Trump issued a policy that requires the military to discharge any service member who cannot be posted overseas for more than 12 months.

Scott Schoettes, HIV Project director at Lambda Legal and legal counsel in the case, said that it is “disgusting that the Trump administration is sending some men and women in uniform home for the holidays without jobs simply because of their HIV status. … These decisions should be based on science, not stigma. … Lambda Legal is suing to stop these separations and will keep fighting until President Trump understands that there’s not a job in the world a person living with HIV cannot safely perform, including the job of soldier.” (Dallas Voice at Dallasvoice.com/lambda-legal-outserve-file-suit-challenging-pentagons-discriminatory-policy-on-hiv)