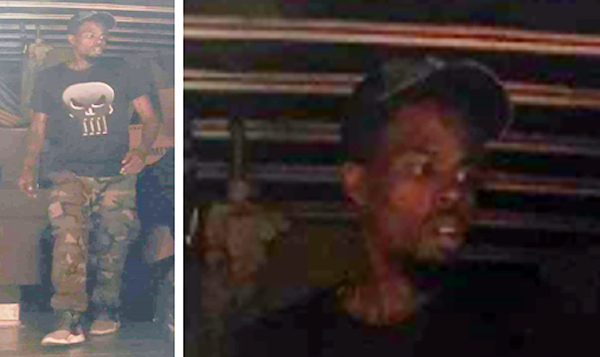 Reprinted by permission of the

Washington, DC – DC police are seeking help from the public in identifying a male suspect who allegedly met two transgender women through a dating app known as Tagged and forced one of them to turn over her car at knifepoint and stabbed and robbed the other victim. Police reports for the two incidents say the perpetrator, believed to be the same person, met the first victim through the Tagged app and arranged to have her pick him up on October 7th at approximately 4:45 am in a parking lot at an apartment building at 4238 4th Street SE. “Once at the listed location, the suspect brandished a knife and demanded the victim’s property and vehicle,” according to an October 15th police statement. “The victim complied and the suspect fled the scene in the victim’s vehicle,” the statement says.

The statement says that on Tuesday, October 15th, the second victim and the suspect arranged through the Tagged app to meet at the same location at 4238 4th Street SE at approximately 3:32 am. “Once at the listed location, the suspect brandished a knife and assaulted the victim inside of a vehicle,” the statement says. “The suspect then fled the scene with the victim’s property,” it says. “The victim sustained non-life threatening injuries and was transported to an area hospital for medical treatment.”

The statement says the suspect in the case from October 7th was captured by a surveillance camera and can be seen in photos released by DC police. “The suspect in both cases is described as a black male who is 6 foot to 6 foot 2 in height, with medium complexion,” according to the statement. “The Metropolitan Police Department is investigating these cases as potentially being related,” the statement continues. “In each of the above cases, transgender individuals were victimized after utilizing the Tagged online application,” it says, adding that department’s Special Liaison Branch is assisting in the investigation. Lt. Brett Parson, who heads SLB, told the Blade the LGBT Liaison Unit, which is part of the SLB, is participating in the investigation. Anyone who can identify the suspect shown in the photos released by police should call 202-727-9099 or text their tip to the department’s Text Tip Line at 50411, the statement says.  t (The original article may be found at Washingtonblade.com/2019/10/16/1-trans-woman-stabbed-another-carjacked-after-dating-app-meeting)