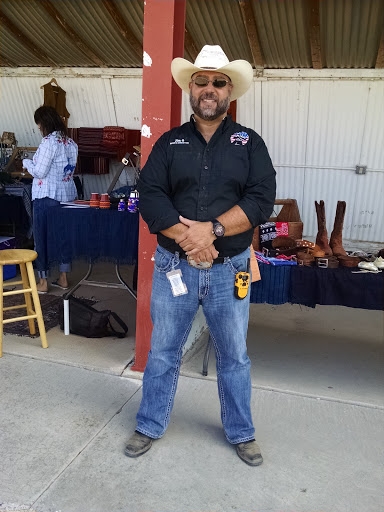 John Wayne once said that “Courage is being scared to death but saddling up anyway.” The Western lifestyle that Wayne so cavalierly brought to the big screen has inspired all men and women throughout the years through his swagger and grit. Fans of that lifestyle will be able to enjoy a piece of that Western culture at the Keystone State Gay Rodeo later this June. Running from Saturday, June 24th to Sunday, June 25th the rodeo will be held at the Pennsylvania Farm Show Complex in Harrisburg, Pennsylvania. Baltimore OUTloud recently sat down Keystone State Gay Rodeo Association’s (KSGRA) Jim Gallucci who is the rodeo director for the event.

“This is our first rodeo.” Gallucci explained. “Every association has the opportunity to host a rodeo, even though they don’t have to. Part of the KSGRA’s mission statement is to provide the Western lifestyle, even though it’s more popular in some areas than others. In our area, the horse events are very popular. Maryland and Virginia are big horse areas, and we are expecting a lot of people to come to see those events.”

Gallucci initially became involved with things Western starting back in 1994. “There was a local bar called The Stonewall in Allentown. They were hosting two-stepping lessons and I thought it was a great way to have a fun evening. So, I went and made friends and I’m still friends with many of the same people today. At that time, we decided that we should go to a rodeo, and the first one I went to was in Phoenix, Arizona. It was so much fun! I met so many people and new friends. Eventually, I dropped out of it for a while, until a friend of mine said that he knew I used to be involved with the rodeo and he wanted to go. We went, and had a really good time, but I was never involved in the actual events.”

Gallucci added that a chance meeting with a few cowboys in the elevator of his hotel led to his association with the rodeo. “These guys in the elevator were wearing wranglers and cowboy hats. By the time we went from the ninth floor to the lobby we became friends and decided to have dinner together. One of the cowboys, named Brian Helander, took me off to the side the next day to explain every event and how they work. I didn’t realize until later that day that he was from Phoenix and was the president of the International Gay Rodeo Association,” Gallucci laughed. “I thought it was odd that people kept referring to him as ‘Mr. President’ all day.”

From then on Gallucci has been a major force behind the KSGRA. “After Brian [Helander] took me aside and explained how the association works and the charities they donate to, I thought this was a really great association.” Gallucci went on to explain that the rodeo has events for everyone, regardless of background in the sport. “The rodeo is just a friendly competition. All the events are open to men and women evenly. It’s a great weekend of fun that’s not build around just going to a bar. It’s promoting the whole Western lifestyle. It’s a can’t-miss event!” Gallucci added, “The steer riding is such a big draw. Everyone is used to seeing those guys do it on TV. The camp events are so much fun, too. I love watching people’s expressions. Tying a ribbon on the tail of a steer, which of course, the steer is not happy. Putting underwear on a goat, or as we call it, goat dressing. It’s a lot of fun.”

When asked why he thinks people are always surprised to hear that there is such a thing as a ‘gay rodeo’ Gallucci responded, “That’s a fantastic question. Generally, people only see big flamboyant drag queens when they look at a gay pride event. That flamboyancy is always what’s seen when covered on the news about pride events. A vast majority of LGBT men and women aren’t like that. They’re just everyday people, and if you live in a big city you’re probably not going to have much access to rodeo. The general public’s perception about [gay rodeo] is we are one thing and we’re not. When they see these cowboys wrestling a 300-pound steer to the ground or running at high speeds on the back of a horse, that’s not people’s usual perceptions. I hate to say it, but it’s a stereotypical perception that people have had and I think when people come out and they see that it’s a lot of fun they learn something. We are about making friends, enjoying the Western lifestyle, giving back to the community and overall having a good time.”