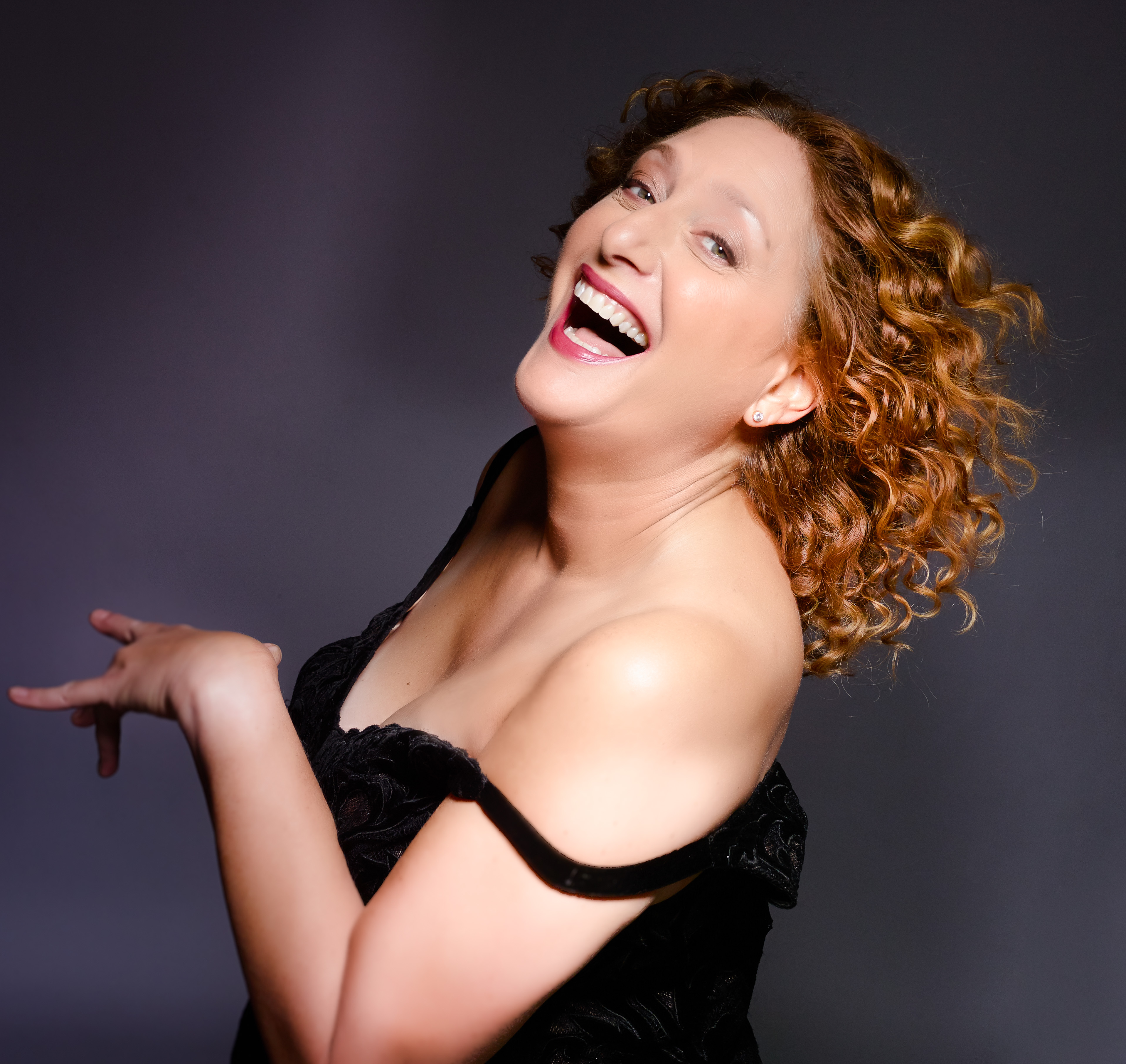 The comedic genius of Judy Gold will delight audiences on Saturday, May 4th at the Bolton Street Synagogue. Baltimore OUTloud recently chatted with the comedian to discuss the inspiration behind her material and the inequality facing female comics today.

“Since we’re at a synagogue, expect some Jewish jokes,” Gold laughed. “These audiences are going to laugh and let go of all the negative crap in their lives. It’s going to be needed. It’s soon after we spent time with our families for the holidays, which can cause a lot of anxiety and stress.”

Over the last three decades Gold has added many titles under her belt. Not only a stand-up comedian, but as actress, TV writer, and producer. Gold won two Daytime Emmy Awards for her work as a writer and producer on the “Rosie O’Donnell Show.” She has also been involved in many projects in various roles, including the TV series “All-American Girl.”

Gold says the political climate today makes for odd times for comics. “I don’t normally get too political for these types of events, but I do have to address the elephant in the room. Going to back from when I started, I made fun of Reagan, we made fun of the first George Bush. Clinton and George W. Bush were gold mines. We even made fun of Obama. It’s amazing how ‘he’ has not only divided the country, but he divided humor because he can’t take a joke.” Gold added, “When I talk about him, which I don’t a lot, I want people to laugh and that’s my ultimate goal. So, I try to preface it with, ‘I’m talking about him as a person, not what kind of politics you have. But that’s not what my comedy centers around. I talk about my kids and my mother, and all my friends with their fucking food issues, and the LGBTQ community. I talk about everyone and how they get on my nerves.”

When asked where she draws her inspiration from, Gold replied, “The truth! It’s just like Joan Rivers used to say, ‘I say what everyone’s thinking but afraid to say.’ I like to think I’m carrying that torch for her.” Gold continued, “As comics, we are social commentators. We notice everything. It’s not a mistake – it’s called a punch line. You have to be really self-aware to allow yourself to be disarmed to enjoy comedy. The comic is controlling everything – controlling your emotions and getting all the attention in the room. It’s about letting go and seeing the humor in things. The fun, the hypocrisy – there’s just so much to laugh at. Instead, now, we get caught up in, ‘This is offensive’ or ‘That’s offensive’ in this PC-culture. Sometimes, even, instead of people getting truly offended, now people are offended by proxy. They just hear a word and react with, ‘I’m not listening anymore!’ We have to get back to not taking ourselves so fucking seriously. We are only here for a short while and we need to fucking laugh. Laughter is a uniter.”

Gold started her career in the male-dominated field of comedy, in an era when female comics didn’t have many opportunities. She believed that, though the playing field has changed, it’s still not equal for female comics today. “It’s harder for women in every profession except probably teaching, nursing, and being a flight attendant – those assumed female careers. But, compared to when I started, it has improved. When I started, we were at the point where I would call clubs and be like, ‘Hi, I’m Judy Gold. I’ve worked here, here, and here.’ Many clubs would reply, ‘Yeah Judy, we had a woman here a couple of months ago and didn’t do well. So we’re not hiring women comics at this time.’ Even then you would never have more than one woman on a show. If there was a woman there was only one. It was the same with African -Americans during this time, too.”

Gold continued, “It’s just incredible that if there was a show with a lot of women, and it’s true to this day, they would bill it as ‘Ladies Night Out’ or ‘Her-sterical’ or ‘Funny Females.’ But when there’s a show with three guys it’s considered a comedy show. So, I believe that until that changes there will be no equality. Also, if you go back, look at the female comics and what they wore. It was sort of androgynist, dark clothes. It was all because we knew it was a spoken-word art form and to not have everyone just look at us and judge off that. So, if you really dressed up sexy, the women hated you and the men would want to fuck you. So, it was a double-edged sword. Now you see women look sexy and talk about whatever they want.”

“Look at the topics now,” Gold continued, “Look at pioneers like Sophie Tucker and Jean Carroll. Their themes were self-deprecating, domestic-type content. Look at early Joan Rivers! If you go back and listen, a lot of those female comics were pushing boundaries. Think of all the shit Joan got through her career. Would any guy get that amount of shit?”

Gold’s conversation changed towards a book she is currently working on. “I’m writing this book about being a comic during these times and censorship. I spent my entire adult life fighting for equality. I started working very early working and volunteering for the first AIDS Walk, the California AIDSRide, and would perform as well. Now, I find, our community is bickering from within. As someone who has spent the past three decades trying to find a cure for AIDS, family equality, gays being able to adopt children, trans rights, I’m glad that people can be who they are, but many have to learn just how to be in the world. I feel there are a lot of young people who are saying, ‘The world needs to adjust to me’ instead of saying ‘How can I just be in this world? How can I change this world? How can I work with the other people in this world?’ That’s why coming out is so important. That’s when attitudes change. The micro-managing of our identifies and who has it harder doesn’t get us anywhere. Let’s just take a step back and realize that we area all fighting the same fight, and that there’s powers in numbers.”