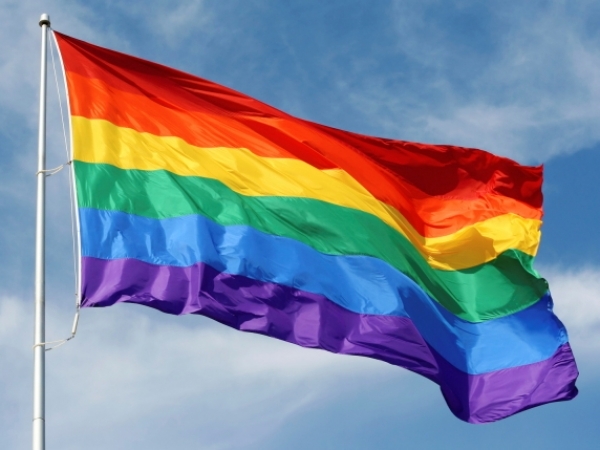 Recent battles over the rainbow flag and the Star of David have exposed long-simmering biases.

In my almost 50 years of LGBT activism, there has never been a time that worried me more about our struggle for equality than the current state of our movement. It shocks me to have to say that, since I was a member of New York’s Gay Liberation Front, the organization born from the ashes of Stonewall. We were the most dysfunctional organization to ever exist in the LGBT community. We fought among ourselves at every turn, and while we disagreed on almost everything, we managed to create a community that didn’t exist before. We nurtured it and celebrated it; we didn’t tear it apart.

In a time when corporate America and society in general are beginning to embrace diversity and inclusion, our community, which was born with those issues in our body politic, has reverted to words and actions that seem to turn us against ourselves.

There is no better way to illustrate this separation of insanity than Gilbert Baker’s rainbow flag. That flag, which was meant from its inception to represent unity of all peoples in our community, is now becoming a symbol of hate within our community. We’ve managed to weaponize against ourselves a flag that was meant to bring unity. It is splitting us apart on two major issues: race and anti-Semitism. It pains me to say those are issues we are still fighting in our community. Gilbert’s flag has become the punching bag for racist and anti-Semitic views.

Earlier this year the issue of racism in the community was raised in Philadelphia. It started with an age-old tradition of LGBT bars discriminately carding people at the door, along with a “dress code” that happened to exclude apparel that was most culturally relevant to the black and brown community. This is not a new act. It has gone on for years across the country. That action led to a citywide effort to examine and attempt to bring the community together. To boost that effort and show inclusion, a black and brown stripe were added to the city’s official rainbow flag. This caused a backlash. The line most heard from those opposed was “then there should be a white stripe.” The most diplomatic thing I can say about that is that it’s silly. It’s as silly as homophobes proclaiming after seeing a Gay Pride parade, “Why don’t we have a straight pride parade?” I’d actually call those who opposed the brown- and black-inclusionary flag the right wing of this community.

Now to other side. In Chicago last month there was the annual Dyke March. Dyke marches are held in numerous cities in celebration and pride about reclaiming that word. It had been a peaceful and inclusive event. This year, several women with rainbow flags bearing the Star of David were asked to leave the march. The “official” explanation was that the march supported the Palestinians and was opposed to what organizers described as the apartheid treatment that Israel gave to Palestinians living in the nation. In order to find a seemingly more innocuous excuse, they later claimed that the Star of David frightened other marchers. They further complicated their story by stating that a member of a group called A Wider Bridge, which works in our community to foster better relationships between the US LGBT community and Israel, was behind the flags.

One point debunks almost all of that statement: The Star of David was around a long time before the state of Israel, and when placed on a rainbow flag it stands for an LGBT person’s pride of who they are and their religion. There are many similar flags all over this nation, as there are rainbow flags with crosses and other religious symbols on them. None of those flags, the ones with the crescent and moon, crosses, Stars of David or black and brown strips should be looked at any other way then our community attempting inclusion and diversity, and if you go so far as to ban them, then it’s a logical step to ask, “Are you racist, anti-Islamic, anti-Catholic, or anti-Semitic?” One fact about that Dyke March that’s little mentioned was that some people were actually chanting a Palestine Liberation chant, “From the river to the sea,” which represents wiping Israel and its Jews off the face of the Earth. Now, that is frightening and anti-Semitic.

Both of these issues are not new to this community. That racist door policy has gone on for years. Tommie Avicolli Mecca, a former editor of the Philadelphia Gay News and now a social justice and housing advocate in San Francisco, recalls writing about it in PGN in the 1980s. The anti-Semitism issue became a battle all over the country, including at New York’s LGBT Community Center.

It is disheartening to those of us in Gay Liberation Front who literally founded the concept of Pride and community centers to see them now, almost 50 years later, being used as battlefields.

Maybe getting in touch with our history can begin to resolve and help us appreciate where we are. The first mission of any LGBT Pride celebration is Pride in us as LGBT people. No matter what cause you wish to attach after that, put us first, at all of our Pride events and all of our community spaces. Be inclusive. We have to work to pull everyone up, not just those in our narrow bubbles. At that very first Pride march we discussed banning people who didn’t share our views, especially religious groups, since religion was the cause of so much of our oppression over thousands of years. But we decided that anyone who took pride in their gayness was welcomed. It’s okay to embrace other causes, but they are all secondary to our appreciation of who we are and where we came from. We in GLF supported the Black Panthers and fought to free Angela Davis, yet we wouldn’t let any individual, group, or other issue co-opt or derail our Pride.

We must not forget how difficult it was to get to and what that word Pride represents. We take pride in who we are because society told us we couldn’t. They imprisoned us in our closet, and when we tried to break out, they lobotomized us, set our bars on fire, arrested us, beat us, and even killed us. When we distort Pride we dishonor those who died and stood up for that simple but important word. And that rainbow flag is as sacred as the American flag; you’ve seen the American flag with peace signs and other symbols emblazoned on it. Likewise, our rainbow flag should be used to show we are a people of diversity and inclusion. There would be nothing more beautiful then a Pride march or Pride parade full of rainbow flags with all religions, stripes, and symbols. It would be an example to those around us, a testament of who we are, how far we’ve come, and how much we can teach the world.