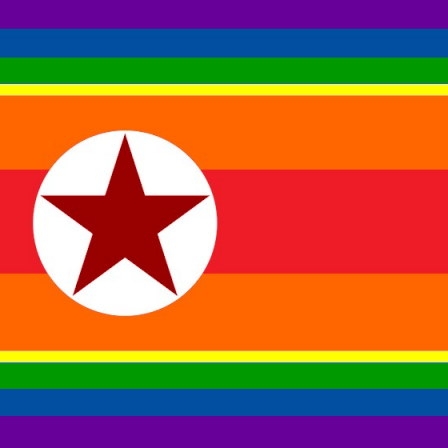 With the North Korea situation being in front of the news, the answer to that question is simple: No. But it gives us an opportunity as a community to look at how the US and our community are dealing with other nations and their LGBT policies.  The best examples from the last few years are in the Middle East, Africa, and Chechnya.

Let’s start with the most recent example, Chechnya. While the independent state is under Russian influence, it’s culturally a conservative Muslim government. Some people in that culture have a religious-radical interpretation, believing LGBT people should be stoned or killed. To that end, 2017 seems to take a trip back to the Middle Ages where LGBT people were kidnapped, imprisoned, tortured and killed. It should be pointed out that this is happening worldwide and the LGBT community is not willing to be invisible any longer.

That has put a target on the LGBT community’s back in countries like Chechnya. When the world learned of this attack on human rights, it spoke up. Even the Trump administration’s State Department put out a condemning press release. The issue continues but the world’s attention is elsewhere.

When you mention African states, many lump them together as one policy. That is false. Uganda was and is a hot spot for homophobia, to the point that a couple of years ago, they had legislation known as the “kill the gays bill.” Again, LGBT people in Uganda are still pushing against that oppression.

From Saudi Arabia, there are still reports of death and flogging. Egypt has imprisoned LGBT people for holding rainbow flags and banned musical groups for singing about our community’s oppression. Lebanon, at present, is still a country of tolerance with a new LGBT organization forming.

Then, there is Israel, a powder keg of dispute. There is no question that Israel is the most gay-friendly country in the Middle East, but many say it is tarnished by its oppression of Palestine. Those opposed to Israel often call for a boycott, and the current government makes that an easy call, especially when they work in collaboration with the Trump administration to move the US Embassy to Jerusalem. But then again, there’s a lesson to be learned here and it’s connected to something often referred to by those calling for a boycott against the country. They reference apartheid in South Africa as their example – how the world boycotted it until it ended. Here’s the difference: While the apartheid of the South-African government was homophobic, the other side – headed by Nelson Mandela – was a supporter of the LGBT community. And when they took power, LGBT rights were put into its constitution – the first such action in the world.

Please note Iraq, Iran and Syria were not even mentioned in this column for obvious reasons, and Turkey’s government won’t even allow it to have an LGBT Pride parade.

Two points should be clear from this. Connecting the US LGBT struggles to international events is complicated and if we are to do this, it might be from a different angle than where we have thus far.

Focus on what we can do here in our own home. Your tax dollars go to many of those places. We have agreements with many of those countries. You have the opportunity to ask your Congressperson and the administration to speak up on these issues or to impose sanctions. Is that a reality? Yes. Congress approves the budget, and they can and have changed it for numerous reasons. There are enough votes in the Senate to hold it up or change it, but only if we learn the ropes rather than enjoy the spotlight.