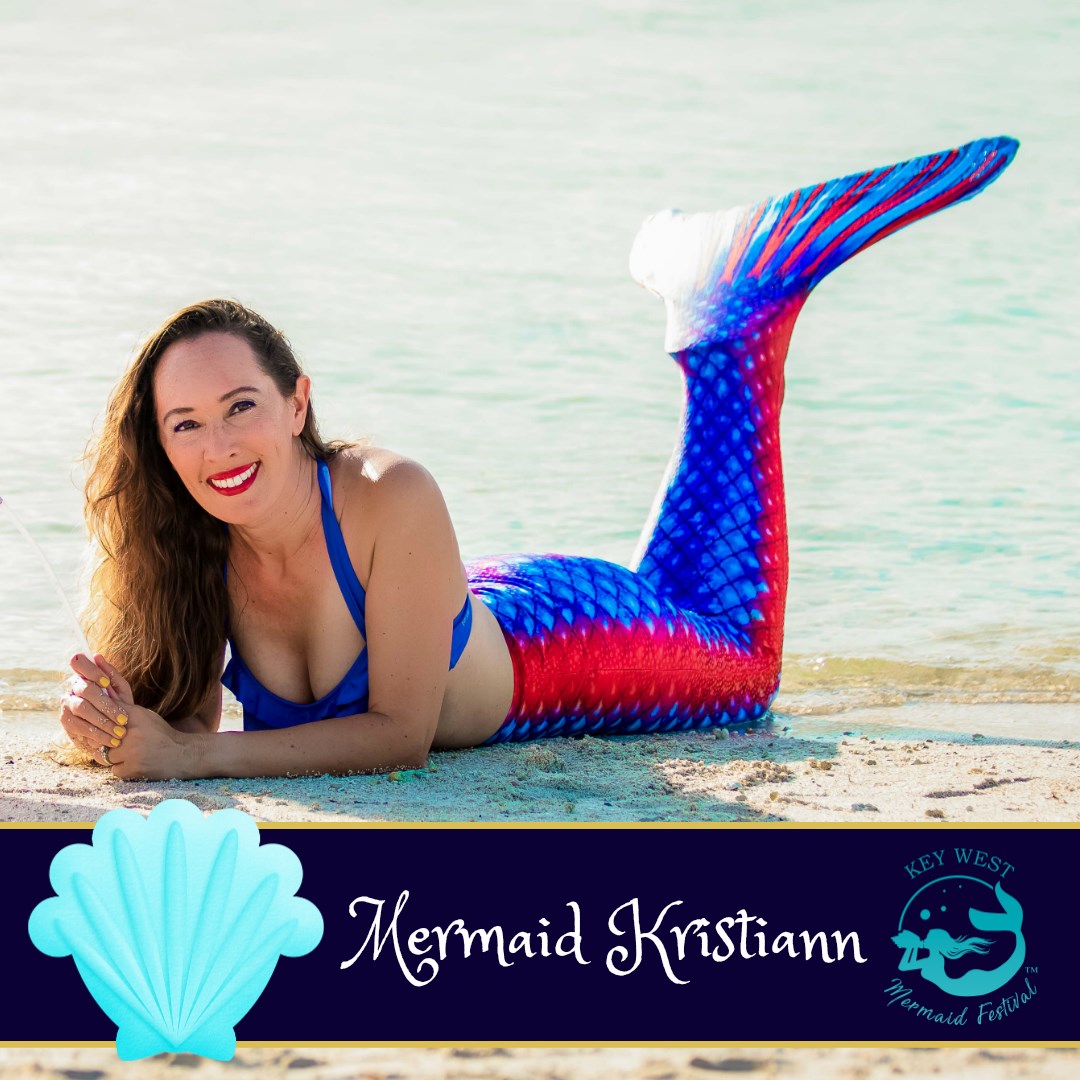 Kristiann Mills is the owner of the Captain Mermaid’s Boutique and a seriously waterlogged island girl who is launching the inaugural Key West Mermaid Festival this July. Sporting 30-pound prosthetic tails in the summer heat and launching aquatic themed festivities around one of the country’s busiest weekends means she’s sufficiently off the walls to answer these questions.

Kevin Assam: Were you a mermaid brat growing up? Always rushing off behind the soggy bleachers with the newest scruffy merman? What makes you such an expert?

Kristi Mills: A mermaid brat. Yes! I was waterlogged growing up in the Florida Keys. My mermom ran a tight ship so there was no running off with the newest merman for me. I’m an expert by default. Just lucky my merfather was born here and taught me about the water before I could walk with my land legs.

Drew Larimore and Quincy Perkins are filming a merman short, “Making Waves.” Meanwhile you’re making this Mermaid Festival a thing. Why is there a merpeople craze this year?

Mermaids have been around as far as we can remember in stories or visual art. They have been depicted since the Stone Age. In the last five years, social media has helped the Mermaid community achieve visibility. This last year has been quite the craze for many reasons. Disney had its 30 year anniversary of The Little Mermaid and the show “Siren” made its debut. It makes sense that now the “mermaids” of Key West have decided to come on land to educate all of the humans.

What is this Mermaid Festival and does it discriminate against men?

The festival is about educating humans on ocean conservation and swimming safely in mermaid tails. Two topics that are important to the Mermaid community. And while doing so we are able to help our friends at Reef Relief who assist our marine life. We do not discriminate against men. The men are a huge part of the Mermaid Festival. Most men attracted to our magical little island are ocean lovers, fishermen, captains, seafarers, MerAnglers, and mermen lovers of course.

Is climate change single-handedly ruining the sex lives of all merpeople by making the waters unbearably warm?

[Laughs] We are quite the adaptable species, much like humans. However, we are very private about these matters. We are like a Davy Jones locker. Mermaids keep the best secrets.

Aren’t all the mermaids going to be cruising off the Cape and East Coast this summer? Why come down to gloriously hot Key West?

Mermaids don’t mind the heat and humans don’t mind being hot, sweaty, or sticky on Fourth of July Weekend. It’s one of those times of year people enjoy being outside and what better place to have a Mermaid Festival than Key West. Where the gulf meets the Atlantic and where you can go back in time to imagine the stories that were told of the sweet mermaid songs.

My partner thinks it’s silly for my boutique to only stock mermaid-themed merchandise because of the increasing dominance of unicorns in retail and media. Should I stuff shell pasties or styrofoam claws down his throat to shut him up?

Your partner is definitely on to something because unicorns and mermaids complement one another. In the Captain’s Mermaid Boutique we have a small unicorn section. It’s nice to believe in magic.

What does it mean if I’ve found my child taking her merpeople plush toys and offering them up to an Ellen DeGeneres shrine?

I definitely would not be alarmed. He or she is most likely trying to manifest a situation where Ellen gives everyone in her audience a mermaid tail. Smart kid!

Don’t festivals have a tendency to break even? Am I supposed to sell crushed coral on the side to make it a financial success?

This is a first-time festival so this is definitely uncharted waters for us. We do not want anyone crushing our precious coral, but we are happy to take as many sand dollars as possible.

Prosthetic mermaid tails can average about 30 pounds. Won’t this just drown us faster once we’re three margaritas into the wading pool?

You are definitely right about the extra weight. Some weigh up to 40 pounds. Although it is completely weightless in the water too much of those libations is not the best idea when swimming!