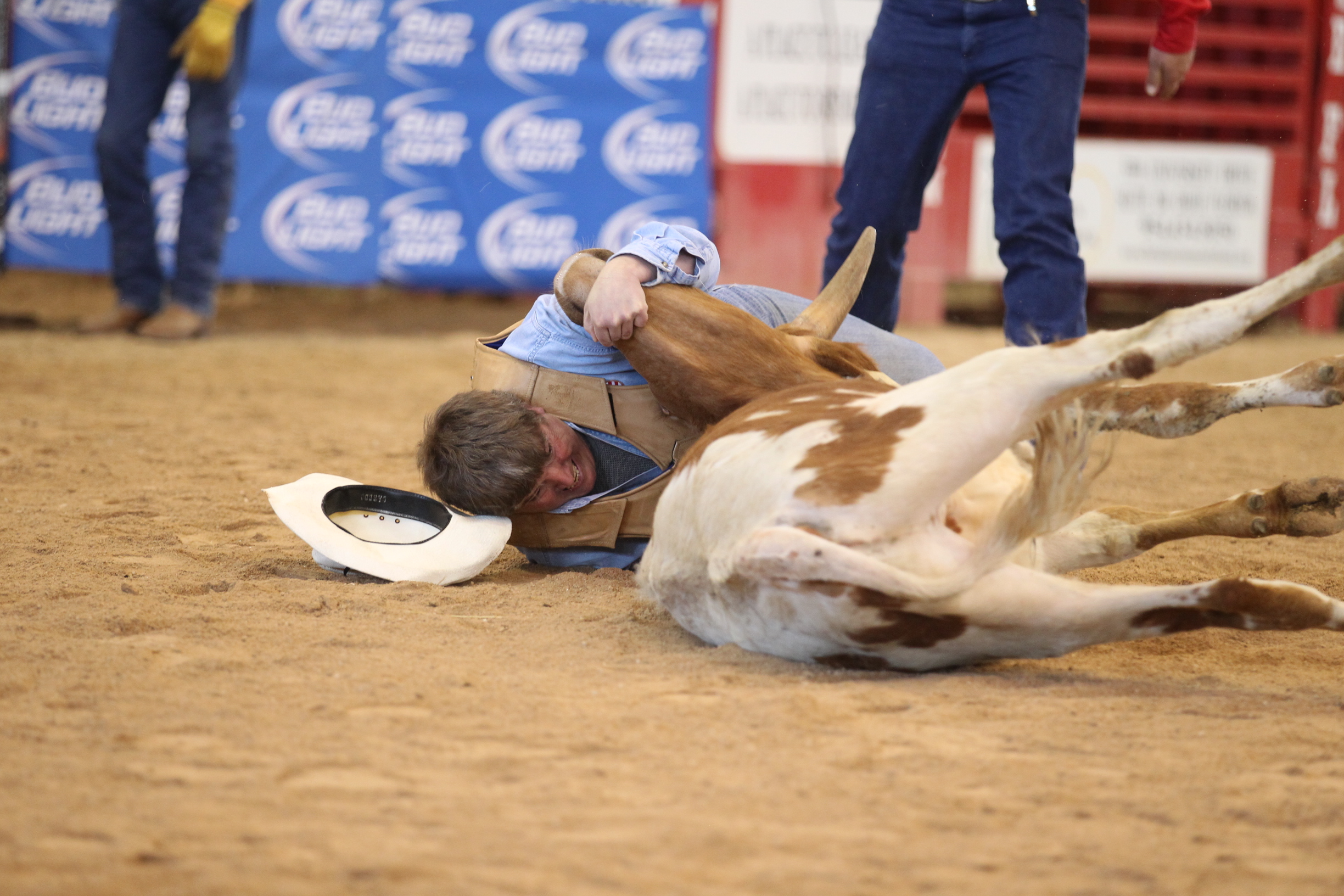 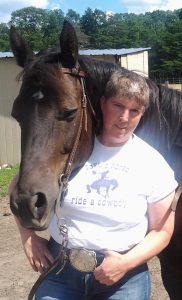 “I was absolutely shocked when I was asked [to be Grand Marshal],” began Vrana. “I don’t feel that I’ve done anything different than most people who are passionate about rodeo. So, I am just one of hundreds across the country who have dedicated years to our rodeo circuit. I’m humbled that people recognized that I made a difference.”

The trail that led Vrana to this moment was no easy task. Having moved to Philadelphia at the age of 18, Vrana became a Philadelphia police officer at the age of 20. “My parents didn’t agree with my lifestyle choices, and I wound up on my own at 18 in Philadelphia,” Vrana continued, chuckling. “There were times that I was ‘residentially challenged,’ which is a great way to say I was homeless at times. However, being hired by the Philadelphia Police Department saved my life twice over the years.”

Along with giving her a purpose and financial means, Vrana benefited from the support she found when diagnosed years later with stage 4b Hodgkin’s Disease in 2001. “I was diagnosed terminal.” Vrana began. “But having a job with benefits such as mine, I was able to keep the pride of myself and the pride of my job. The benefits helped to keep my head above water in terms of medical bills. I did a year of chemo, as well as a stem-cell transplant.” 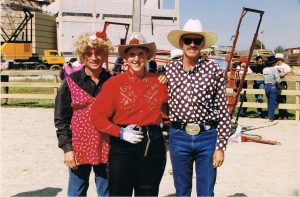 All throughout the trials of Vrana’s life, the Western lifestyle called to her. “In 1992, I started country-western dancing and there were multiple venues in Philly with a core group of friends who would go out. One of my friend, Cindy Brendle, grabbed me off the wall and taught me how to dance. I was such a wallflower. I went from that first night dancing to multiple nights a week. Then one night, there was a poster hung in Woody’s Bar for the Inaugural Atlantic Stamped Rodeo in Washington, DC. So, I went to the rodeo with my friends, and the Friday night of the dance a woman named Bennie Haddox grabbed me and said, ‘I found one.’ I looked at her and asked, ‘You found one, what?’ It turned out that two cowboys from Phoenix needed a female to participate in the Wild Drag Race event. Those men, Greg Olson and Dan Iverson, partnered up with me and we won and took first place on both days. I had no ideas they were ribbons, buckles, and money involved. About two weeks after the rodeo, I received a call from the vice president of Atlantic States Gay Rodeo Association (ASGRA) inviting me to the International Gay Rodeo (IGRA) Finals in Phoenix. It was there that I became forever hooked on rodeo.” From there Jen went on to compete in ten different events at over 100 rodeos across the US.

In the mid-1990s, Vrana eventually welcomed her horse Quinn into the world. “I brought him to Philly when he was just a baby. I wanted to grow old with my horse. I was actually there when he was born.” This year will mark the 20th year that Vrana’s horse Quinn will compete on the rodeo circuit. Vrana added with a laugh, “This is much longer than most humans complete on the rodeo circuit.” Vrana continued. “Quinn will be retiring after this rodeo. He’s not the fastest horse, but he’s full of heart. I’ve won nine of my ten All-Around titles with him.”

In 2005, Vrana brought a bunch of friends together to form the Liberty Gay Rodeo Association (LGRA). “At the time, the only rodeo within a ten-hour drive was in Washington DC, and there was a need for another rodeo in the region.” Originally chartered in Connecticut, LGRA was officially moved to Philadelphia and became part of IGRA in 2006. After the holding rodeos in 2008 and 2009, severe weather had hit the rodeos hard in both years. “It would have been fiscally irresponsible to continue forward.” Vrana explained. At that point, Vrana took a step back and ultimately the new board running LGRA decided to shut it down because of fiscal responsibility.

Soon after, Keystone State Gay Rodeo Association (KSGRA) formed in 2015 and the void for East Coast rodeo was now filled. “The one thing that KSGRA offered that Liberty did not was a royalty program.” Vrana explained. “I took a huge step outside my comfort zone and ran for and won the title of Ms. KSGRA 2018.”

Vrana, who was once called the “Grandmother of East Coast Rodeo,” will take the reins as this year’s Grand Marshal for the KSGRA 2018 rodeo. “I will have my rodeo partner, Mark Zwiers, riding with the LGRA flag, my friend who got my dancing all those years ago, Cindy Brendle, riding with the ASGRA flag, and Adam Romanik riding in with the KSGRA flag. So, when I ride in, the trifecta of the Mid-Atlantic rodeo is about all of us. I’m honored to be the link between all of them.”

For more information and to get tickets to the Keystone State Charity Rodeo, visit ksgra.org