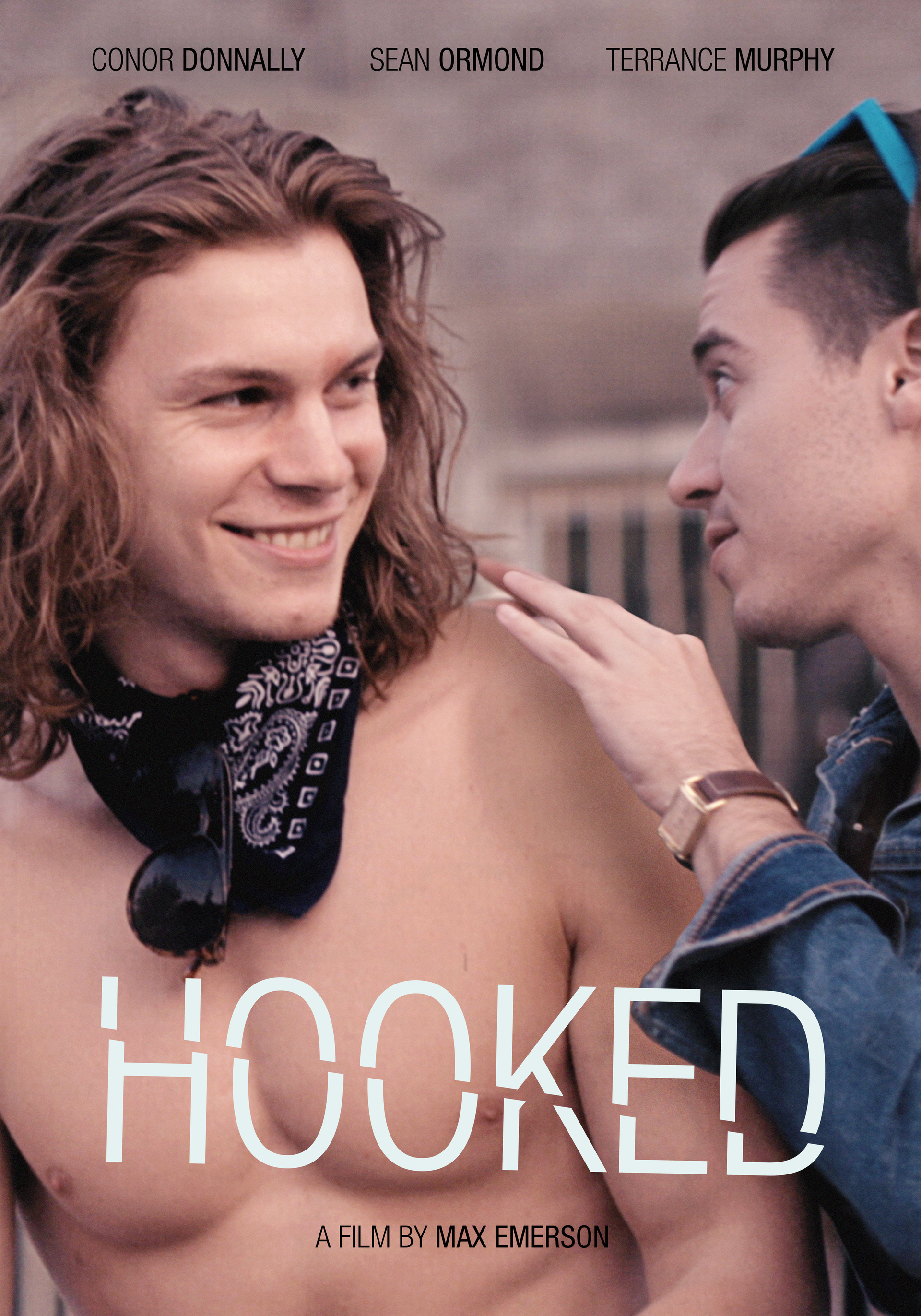 You probably know Max Emerson. His name may not immediately ring a bell; however, the actor, author, director, YouTuber, and model is best known for his social media and posts found Instagram.com/Maxisms. Emerson graduated from the University of Miami’s theatre conservatory in 2009 with a BFA in performance / directing. He’s written and directed theatrical and film productions. His novel Hot Sissy – Life Before Flashbulbs debuted in Miami, with a limited print of 500 copies (complete with original Polaroid).

Emerson recently wrote and directed the movie Hooked, which was released theatrically, as well as on DVD / VOD earlier this June. The movie tells the story of Jack (played by Conor Donnally): a homeless teenage prostitute with a smart mouth and impulsive tendencies. He battles through a violent world of reckless johns between New York City and Miami, desperately seeking a better life with his boyfriend Tom. Emerson recently chatted with Baltimore OUTloud to share his inspiration for the movie and the message he hopes audiences take away from the film.

Frankie Kujawa: Why was it so important for you to share this story?

Max Emerson: Hooked is a very important piece for me. It was one of the longer format stories I’ve written and a great way to address darker themes in my life that I don’t always feel I’m allowed to share online. With social media, everything has to usually be perfect, happy, and positive or it’s easy to come off as someone who is complaining. This was a great experience for me to come out with darker and heavier material.

What inspired you to tell this story?

Initially, it was written as a prompt in college. I drew from my experience in the community. At the time, I was not an Instagram celebrity. I was a waiter, and it was getting to be my sustainable income. I was a waiter through college, and I saw kids that were almost having to do things like porn or escorting to survive. So, I wanted to write a story that reflected a lot of things I saw in my own life and that of the people around me. This [story] is obviously, a dramatization of what I experienced personally, but in doing this project I worked with the homeless shelters and interviewed some of these kids. I talked to the kids from the Ali Forney Center about their experiences and they came to the screening in New York. They talked about how things were the same or different, and in some cases, they said the film tamed down a lot of things that happen in real life.

What do you hope audiences take away from the film?

I hope they figure out where their closest youth shelter is, and they get those kids to hire for job training. Help to feed these kids or speak about their career at the career days. I want audiences to donate money and become part of this cause. This movie had a lot of heavy abuse in it, but I want audiences to have movement into getting involved, and that would make me happy.

In your opinion, how do we as a community combat homelessness for LGBTQ youth?

At the end of the day, it’s another systematic problem, so we need to be looking at the actions and the things that we say in our language so that we are not exploiting situations when kids are in need. In regard to this movie, if I had a $3 million budget instead of the $100,000 one I had, I would have cast the movie with more faces of color. This is an issue that affects them disproportionately and things like that need to be considered when doing anything. Just as LGBTQ kids are four to eight times more likely to have this happen than their counterparts, people of color are even an additional four to eight times likely. I want people to go to your local shelters and donate. Learn. Having those ideas in mind in our day to day lives should be taken into consideration, and the words and conversations that we have makes an effect whether we realize it or not. t

For more info on Hooked, visit Bgpics.com/2018/hooked. For info or to support the Ali Forney Center, it’s Aliforneycenter.org.