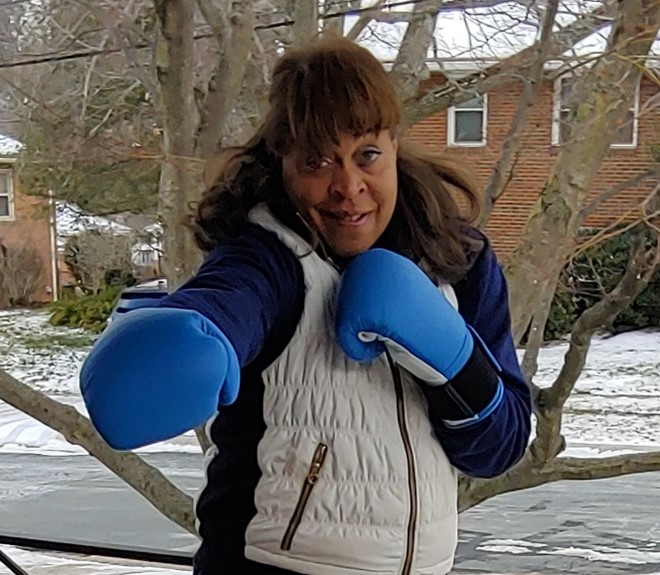 Wow in the past 10 years of my life it has been awesome for me since my transition. I know that with some Transgender people their lives have not been all that great.  I just want to give you some Hope, Faith, and Love to say, “I Will Be In Your Corner Fighting For You”! I have been asked since my Genital Reconstructive Surgery (GRS) in 2016, why I am still so supportive and hanging out with the girls who are Crossdressers? My one answer to them all is, and I will always believe and say is, “I Will Never Forget Where I Came From”.

Every time now when I speak at events, on the radio, and write my articles here, I am thinking of you the Transgender Community. What I can do to help and serve you in anyway. After I transition back on October 1, 2010 I was still volunteering with the Red Cross, CERT, Medical Reserve Corps, and RSVP and not for the Transgender Community. I started thinking to myself after a year later, what was wrong with that picture? So, I changed that and started serving the Transgender Community in anyway I could. After a year of my transition and knowing who I am, I felt like I could start speaking to others about my journey to other transgender people. Telling my story about my transition and the success on how things were going, I wanted to encourage my listeners that they too can have a wonderful and successful transition too. When speaking, I try to help Transgender people understand if they are seriously thinking about transitioning, they need to have a great plan and a platform which would help people to understands who they are in life, when they tell others they are Transgender, and people will not care.

In late 2019 I started volunteering as a ride-a-long with Prince George’s County Police due to the two Transgender women Zoe Spears and Shanti Carmon who were murdered in the Fairmount Heights, MD area on Eastern Ave. When talking with the Trans sex workers the reason they were working the street is because they need home and food. Some of the girls really want to get off the streets. Now due to COVID-19, my rides have stopped so far.

January 2020, I was recommended by a couple of people to be on a program with the Department of Justice/Community Relations Services as a Subject Matter Expert on Transgender issues. I along with 15 other Transgender people and about 10 law enforcement officers from around the country were in the program and will be teamed up together. We all will be going to travel around the country to other law enforcement agencies to bridge the gap between Law Enforcement and the Transgender community. The nice thing during my training is that by lunch time I was asked by a couple of DOJ staff about doing a couple of trainings already. Here again due to COVID-19 the program is on stand-by and should be back up and going for 2021.

So right now, writing these articles for Baltimore OUTloud, speaking by Zoom for conferences and Hosting the radio show on Inside Out Collective on the web or in the DC area WPFW 89.3 FM. I am still on a mission to serve the Transgender community and to help those who are not part of the community to understand.

Just because I am a post-op transgender woman, I still want to be there for the community, never forgetting where I came from. You can find my TEDx or TED Talk “40 Years and Wandering No More”, when you Google my name. If you need to talk about anything, please email me at kkholmes@kkholmes.com or visit my personal website at https://www.KKHolmes.com  Until next time Shoot for the Moon and Even if You Miss, You’ll Be Among the STARS!