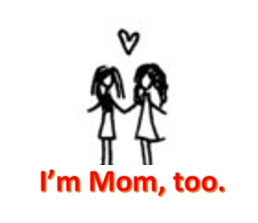 “Do I really need to file for a Second Parent Adoption?” Yes. Couples frequently contact me and ask whether it’s really necessary to file for the adoption, considering they’re married and their child was born during the marriage. The unfortunate answer is yes, it is necessary.

Many couples believe that having both parents listed on a child’s birth certificate is sufficient. Since 2011, Maryland has permitted lesbian couples to place the biological and nonbiological parent on their child’s birth certificate. That would appear sufficient, but not for lesbian couples. A legitimate child in Maryland is defined as a child born or conceived during the marriage. At first glance that sounds okay but there’s an exception. A child conceived by artificial insemination is legitimate with “the consent of her husband” and consent is presumed. In other words, heterosexual couples who utilize artificial insemination are legally recognized as parents but the same does not apply to lesbian couples.

Just this past June, in the case of Pavan v. Smith, the Supreme Court decided that same-sex couples could not be prohibited from both parents being placed on their child’s birth certificate in all states. The Court reasoned that Arkansas’s prohibition excluded same-sex couples from the same “terms and conditions” granted to heterosexual couples via marriage. It’s possible that this argument may lend itself to changes in the law with regard to defining a legitimate child. It seems clear that the marital presumption of parentage should apply to any married couple under the same rational as Pavan. Unfortunately, it does not. Married lesbian couples who use artificial insemination do not enjoy the marital presumption provided to heterosexual couples.

Until the law changes, the only way to ensure you are legally recognized as a parent is to file a Second Parent Adoption. A Second Parent Adoption is a legal proceeding where the nonbiological parent petitions the court to become legally recognized as the child’s parent. Though the Second Parent Adoption sounds like an entirely different proceeding than a traditional adoption, it’s not. The nonbiological parent still requires the consent of the biological parent – yes, their spouse – and is required to produce a number of documents. The court then has a hearing on the matter to determine whether the adoption should be granted. If you’re using an unknown donor from a bank, for example, you likely won’t run into any issues. If, however, you are using a known donor then you may have to obtain the known donor’s consent for the adoption and a termination of their parental rights.

Getting all your necessary documents together now will make the filing easier when your baby is born. Some of the documents you will need in order to file your Second Parent Adoption petition are: a) Certified copy of the birth certificate, b) certified copy of your marriage license, c) proof of annual income, d) original consents to the adoption, e) copy of any agreement (for example, the donor agreement), f) letter signed by a physician regarding your health, g) letter signed by a physician regarding your child’s health, h) any letters of support, i) photographs of you and your spouse with the child, and k) completed Adoption Form from the Department of Health and Mental Hygiene. To be sure you never have to face the challenge of your parentage, you should take action as soon as your child is born.