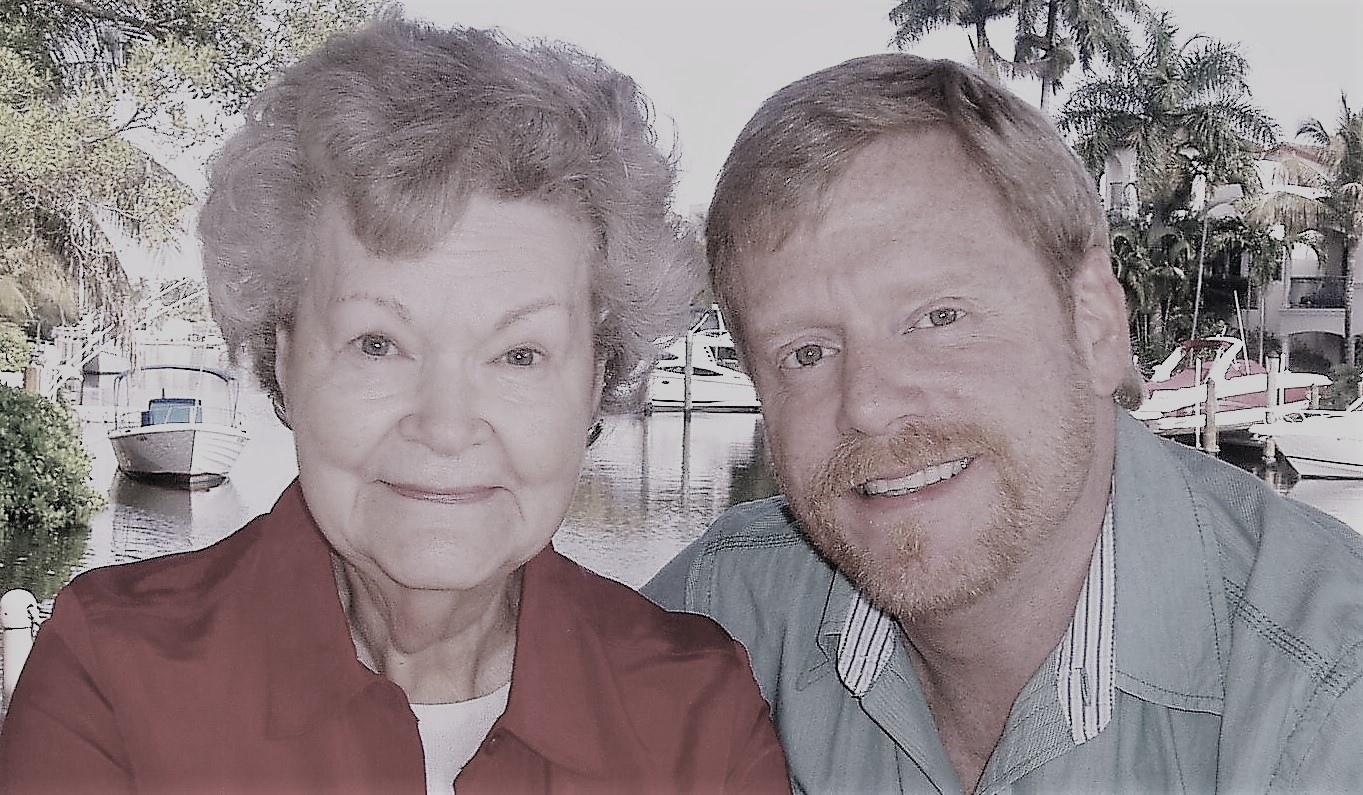 The first time it happened, a couple of weeks ago, I was waking up from a nap. My eyes were moist. The dream began to fade but the emotion lingered, and so did the central image.

Mom was standing in the kitchen, looking at me fondly, saying something reassuring. It doesn’t matter what. It was Mom.

She died three year ago. The memory of her aches. Especially now.

Even though I keep saying I am fine during this isolation, even with the privileges I enjoy, the house and the stocked fridge and the attentive husband, my dreams know better. They tell the truth of me.

I am freaked out and I want my Mom.

My mother raised six kids throughout the middle of the last century. She knew wars and personal sacrifice. After her youngest child – that would be me – was in elementary school, she went back to college and attended Oxford and then began a distinguished career as a university librarian.

She was among the first calls I made when I tested HIV positive in 1985. She immediately put her reference skills to work researching the new disease and even flew to Los Angeles to attend seminars with me. She has appeared in several of my videos for My Fabulous Disease, like her adorable cooking segment on “The My Fabulous Disease Holiday Spectacular” (it’s my favorite blog video, period) and answering personal questions about loving a family member with HIV in “What It Feels Like for a Mom.”

Thank you for indulging my memory of her, because you’re probably reading this with memories of your own. We share a primal need for maternal safety when life overwhelms us.

“At times of crisis, it’s normal and actually healthy to seek reassurance from those who are or have been anchors in our lives,” therapist Dr. David Fawcett told me. “I love the idea of what Kelly McDaniel calls ‘mother hunger,’ that sense of longing for safety and reassurance. Many of us have lost our Moms but thinking about them can still create a warming sense of reassurance in our hearts. Getting in touch with what they represent is a wonderful way to ground oneself, calm our inner anxiety, and reconnect with that adult part of ourselves that is ultimately what will preserve our sense of safety.”

“Mothers want to fix it. Mothers want to make it better. And it just drives you nuts when that doesn’t work.”
— Anne King, “What It Feels Like for a Mom.”

Since Mom passed, I’ve found myself gravitating toward mother figures in my life. It feels good to tell SERO Project coordinator Cindy Stine that I love her, and I do. Waheedah Shabazz-El, founding member of the Positive Women’s Network USA (an organization overflowing with powerful mothers) gives me life with her Mother Earth warmth. Wanda Brendle-Moss is a mom to everyone on the HIV scene. I’ve only met Judith Bernard, the mother of HIV criminalization expert Edwin Bernard, a couple of times, but her warmth is instantly endearing. She sends me cute memes on Facebook – a lot of them, just like my Mom used to do – and I love it every time.

Some of these women know why I give them lingering hugs when I see them. Some of them might not. But something tells me that an emotional radar exists that can spot someone in need of maternal comfort.

Call your Mom, if you aren’t already doing that a lot more often lately. If she is no longer with us, call one of those mother figures you’ve been gravitating toward.

The gift of an emotional connection during stressful times will be hers as much as yours.