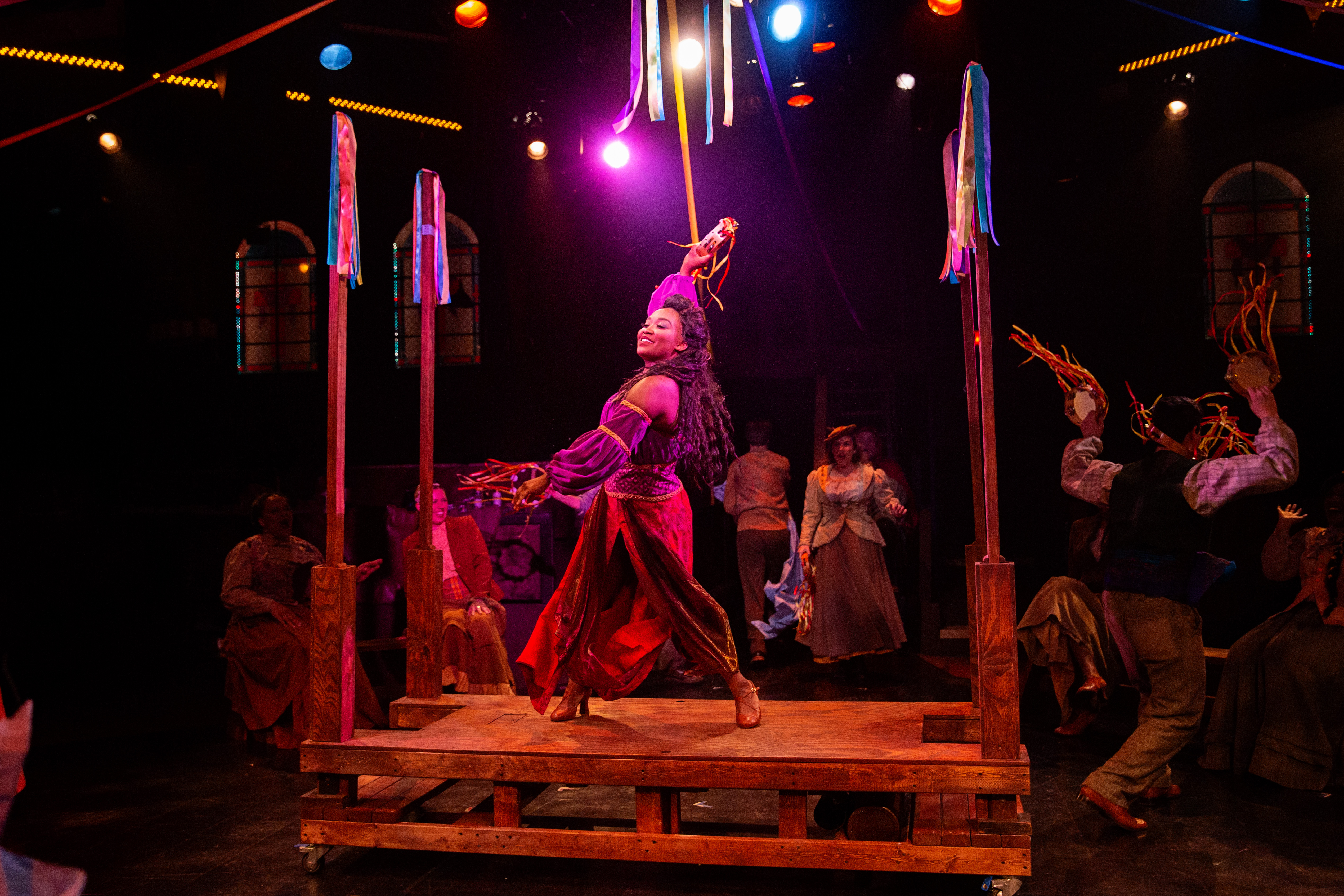 Running until May 19th, Toby’s Dinner Theatre presents The Hunchback of Notre Dame. The musical is a stunning retelling of Victor Hugo’s epic story of love, acceptance, and what it means to be a hero. As the bells of Notre Dame sound through the famed cathedral in 15th-century Paris, Quasimodo, the deformed bell-ringer, longs to be “Out There,” celebrating the “Feast of Fools.” Baltimore OUTloud recently chatted with Baltimore-native Jessica Bennett to discuss her upcoming role as Esmerelda in the musical.

Frankie Kujawa: What can audiences expect from Toby’s rendition of one of theatre’s great classics?

Could you describe the role of Esmerelda for our readers?

I think that essentially Esmerelda just wants everyone to be treated well. She’s a martyr, in a sense. I think people are going to see this really strong person who stands up for what she believes in, and in a world like today that’s so important for people to see.

What is it about The Hunchback of Notre Dame that makes it such a great tale to share?

This is a fictional piece of art that’s taking place in 1492, but yet there are so many similarities of the world that we live in. For example, the song “God Help the Outcasts” talks about what it means to be different and not be accepted for that. Essentially, what bullying really is. I don’t think it’s our goal to beat people over the head with that message, but I think the show itself is going to do that. And it’s a beautiful story.

What it is about Toby’s Dinner Theatre that makes it special to perform there? So, this is actually my first time performing at Toby’s! I’ve only been working in the DC area for about a year. I’ve never done theater in the round. That alone makes this performance really special. It’s an intimate space and an intimate story. People are immersed in it because they are right there in the performance. The world of the play is literally right around you.