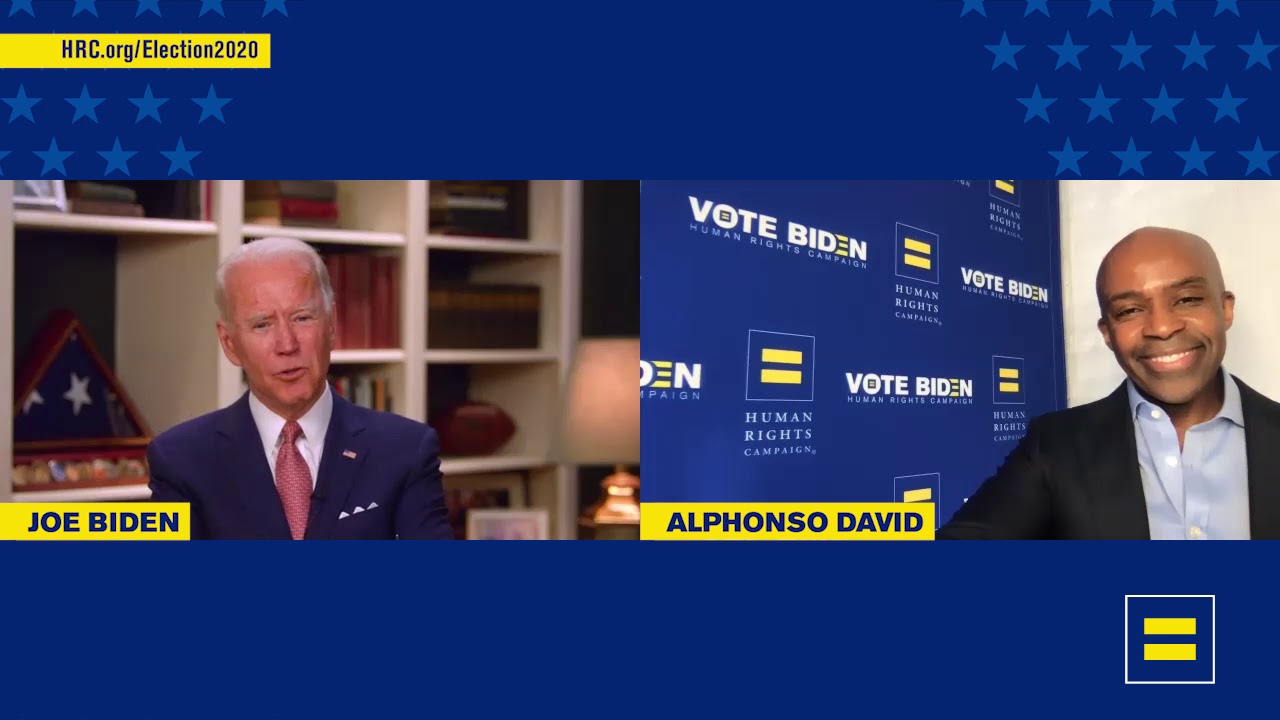 Washington, D. C. – Recently, the Human Rights Campaign (HRC) officially endorsed former Vice President Joe Biden for president, saying “His dedication to advancing LGBTQ equality, even when it was unpopular to do so, has pushed our country and our movement forward.” The endorsement came on the eighth anniversary of Biden’s endorsement of marriage equality in an interview on NBC’s “Meet the Press.” That move helped nudge President Obama to support same-sex marriage. Qnotes has asked what HRC and other LGBTQ organizations have done, and are doing, to mobilize people to vote.

HRC has built a membership of more than three million LGBTQ and allied people, making it the largest LGBTQ civil rights organization in the country. “We’re bringing people in,” says Lucas Acosta, national press secretary for campaigns at HRC. “We are making sure that every person is getting out to vote, but also the people who have been voting and have been voting consistently — we need to move them up the ladder of engagement.” Acosta explains the importance of encouraging people to volunteer, organize and even fundraise, then getting their friends to do the same. “Our power can continue to grow,” he says. But there have been growing concerns since February about voter turnout as there is no clear sign to the end of COVID-19.

Acosta points out that, while HRC’s timeline has somewhat changed, the organization is staying the course with its planned mobilization efforts. “For us, it’s really been keeping our volunteers engaged,” says Acosta. “What we’ve done over the past three years in terms of hosting events is really not a possibility at this point. We were always planning on having a significant digital organizing tool and effort this cycle, but with COVID-19 and quarantine, our development in those plans went rapid-fire.” HRC partnered with The Tuesday Company on a mobile application called Team which lets volunteers see which of their friends a campaign wants to reach. According to its website, users upload their contact lists, and campaigns compare those lists to their own voter files. Then users can send personalized text messages to the people selected by the campaign. “It’s a very unique tool that translates a lot of the technology that was developed in the 2018 [midterm] election around peer-to-peer engagement and really takes that to the next step, taking it outside of the app itself and utilizing existing resources and networks,” says Acosta. “What we’ve seen, study after study has shown that there’s a nine percent [action] increase in opportunity when you’re hearing directly from a friend rather than from a random stranger.” “We’re voting at massive rates already,” says Acosta. “For example, on Super Tuesday, nine to ten percent of voters were LGBTQ identifying, despite being only 4.5 percent of the population overall. Our community is already punching massive numbers above our weight.” (Q Notes Online Chris Rudisill at https://goqnotes.com/65695/hrc-rallies-behind-biden/)