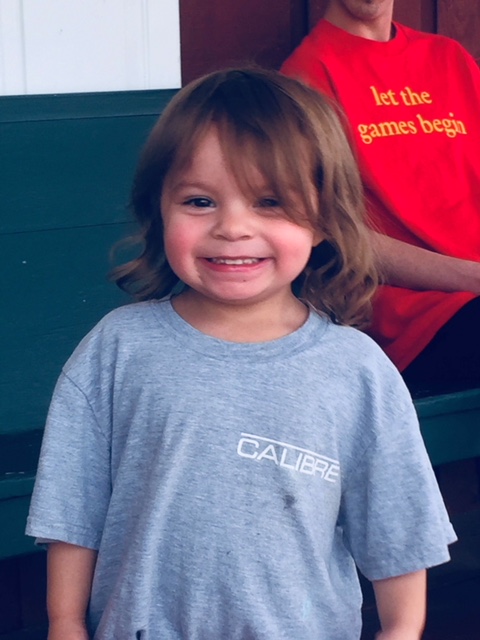 I’ve raised my fair share of toddlers. In fact, I’m willing to wager that I’ve raised more toddlers than most. Many people dread the tantrums and energy of the toddler stage, but I have to admit that I love it. I love the opinions and the emotions of toddlers, at least for the most part.

When Cassandra first started toddling around, she was adorable. (Of course, I think all toddlers are adorable.) She perfected her walking skills and then learned to run. Now, at just over two years of age, she runs, climbs, and walks steps with precision.

But, for most people, the biggest hurdle is the attitude of the two-to-three year old. They know what they want and when they want it. They learn to scream and demand. They can be very trying and, if you don’t get those tantrums under control, they can go on for years.

One of the things we’ve found most useful is to reason with our children. For example, Cassandra recently discovered a new vocabulary word. We were unloading the van. Cassandra was watching everyone grab grocery bags and then turned to talk to me. She didn’t notice that they were finished until someone slammed the back hatch door. And, as clear as a bell, she said, “Oh fuck!”

Now, I have to admit that we thought we’d heard it before. But, it was never clear. We were able to convince ourselves that it was a different word. Oh no! Not this time! There was no doubt what she’d said.

So, I turned to Cassandra and said, “We need to have a little talk. “Fuck” is not a very nice word. Sometimes grownups say the word, but they really shouldn’t either. And, little girls should never say this word. So, what I am saying is I don’t want to hear you say ‘fuck’ again. Do you understand?” She nodded her little head. That was a few weeks ago, and so far, we’ve not heard a repeat of the word.

This approach can work with other situations, too. When Cassandra is throwing a fit about taking her bath, we explain that if she gets her bath, then she can read a book until bedtime. She will usually run off to the bathroom so she can read one of her favorite books. Today, she wanted to leave with me as I went to run errands. She started to throw a tantrum. I reminded her that I’d only be gone a short time and then would be home to play with her. She was smiling and waving as I left.

All a young child wants is to feel in control of something. Isn’t that what we all want in our lives? Don’t we all want to feel like we make our own decisions? There are very few who would feel comfortable being told what to eat, when to eat it, how to eat it, what to wear, when to bathe, when to sleep, and so on.

Little children learn that they have an opinion and they want all of us to know what it is. Treat your children with respect as they learn to navigate the world of choices. Show them two outfits and let them pick which one they’d like to wear. Ask if they’d prefer carrots or broccoli with their dinner. Explain why you do things the way you do and then be consistent in the way you do those things.