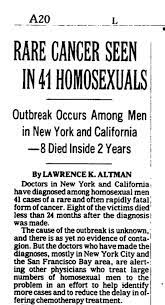 Charlotte, NC – Forty years after the start of the HIV/AIDS epidemic in the United States, more than 1.2 million people are living with HIV in the country and there are more than 35,000 new infections each year. (At the end of 2020 there were 31,676 people living with diagnosed HIV in Maryland and 724 new cases diagnosed during the year. Baltimore City and Prince George’s County had the highest infection rates.)

Antiretroviral treatment, often known as ART, has drastically impacted treatment over the past decade, meaning that people with HIV can live long and healthy lives. While not a cure, ART keeps HIV under control and reduces a person’s viral load to an undetectable level. This means that people with HIV who are undergoing antiretroviral treatment have effectively no risk of transmitting HIV to their HIV-negative partners through sex. It does not eliminate HIV completely, however, but recent news of a possible cure has many in the community hopeful.

Now, the U.S. Food and Drug Administration (FDA) has given clearance for human trials of a “functional cure” of HIV. The CRISPR-based therapy, developed by Excision BioTherapeutics, Inc. is a unique gene therapy and is intended to treat individuals living with chronic HIV who are currently using ART. According to a press release, the clearance enables Excision to initiate a first-in-human Phase 1/2 clinical trial to evaluate the safety, tolerability and efficacy of EBT-101 in people living with HIV. “Although antiviral treatments can manage HIV infection, they require life-long treatment, cause side effects, and do not provide the possibility of a functional cure,” said Daniel Dornbusch, CEO of Excision. What is a “functional cure?” According to Elizabeth Boskey, PhD, “When most people talk about a cure for HIV, they generally imagine a drug or vaccine that would remove all traces of the virus from the body (referred to as a sterilizing cure).” Boskey is a social worker and adjunct lecturer at Boston University. Such a cure is highly unlikely for HIV. “A functional cure would not eradicate the virus but rather enable the body to stop HIV from proliferating without the need for further treatment,” states Boskey.

Excision’s EBT-101 has been tested in nonhuman primates, which showed it reached every tissue in the body where HIV reservoirs reside. The biotech plans to initiate a its clinical trial later this year, according to the press statement. American Gene Technologies in Rockville, Md. is currently in Phase 1 human trials for a single dose, autologous cell therapy intended to cure HIV. The treatment is also a functional cure. “We’re putting viruses into their bodies that are going to specific cells and that are making very, very specific changes in a targeted way,” said Jeff Gavin, CEO of AGT in an interview with WUSA-9 in Washington, D.C. At the Sanford Burnham Prebys (SBP) Medical Discovery Institute in California, researchers are trying a “shock and kill” approach. In a recent online panel discussion, Lars Pache, Ph.D. said that a treatment that awakens the virus might help actually eliminate it. (Q Notes Online – Chris Rudisill at https://qnotescarolinas.com/hope-for-a-cure-after-40-years/)