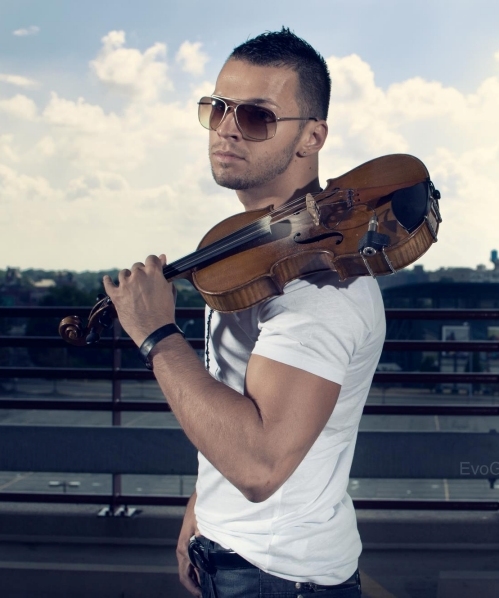 Electro Hip-Hop violinist, Svet, brings his music to Hagerstown Pride this July. Previously seen on “America’s Got Talent,” Svet is one of the most profound and unique acts in today’s music. He is globally recognized for his incredible talent to recreate music and songs of today with the violin.

“I’ve been playing since I was three years old,” Svet explained to Baltimore OUTloud. “I’ve always been more into feeling the music rather than hitting the exact right notes within techniques and strokes. When I play a piece, I get lost in it. It’s brings out a piece of my soul.”

The performer, who was born in Bulgaria, eventually began working with a private teacher by around age seven “I was already doing contests for young kids and I remember coming in second place. The next year I wanted to do better, but still came in second place. However, this contest was made up of literally the most talented kids in my country. I was competing against some of the best.” When Svet was 11, he arrived in the U.S. and heard Hip-Hop for the first time. “Hip-Hop really opened my ears and mind and my soul because I never heard people vocalizing their craft over a beat. It was new to me because I grew up listening only to classical music. Eventually, I started writing my own music and producing my own beats. Finally, I was able to combine the violin with the piece of music that I made, and that was a really cool combination.”

The performer, who has shared stages with iconic stars such as Kanye West, Jamie Foxx, Phillip Phillips, CeeLo Green, and the Black Keys, insists that his ability to play music is a gift that he wants to share with audiences around the world. “Now I’m basically able to pick anything up. I can hear a song on the radio I like and I can come home and reproduce it with the violin. You have to feel the music. I believe that’s the most important thing.”

Svet recently faced many personal challenges as he rose to fame. “Not many people know, but last year I underwent some surreal experiences. I underwent brain surgery in August of last year where they removed a tumor from my cerebellum and diagnosed me with a super-rare form of brain cancer.”

Throughout his recovery from chemo and radiation, Svet maintained that even though it was a tough ride, the support from his fans kept him going. “I received an incredible amount of people donating to my cause and writing to me. It was the best experience because people helped me get through. I just want to thank everyone from the bottom of my heart for following me and I hope I can bring more and more music to my fans.”

The performer is very excited to perform on the stage for Hagerstown Pride on Saturday, July 15th. “I think audiences are going to see the unexpected. They’re going to be surprised for the simple fact that some of the songs that I play have rarely been performed on violin. I don’t want to give away my repertoire, but I guarantee it will be something people remember for a long time.”