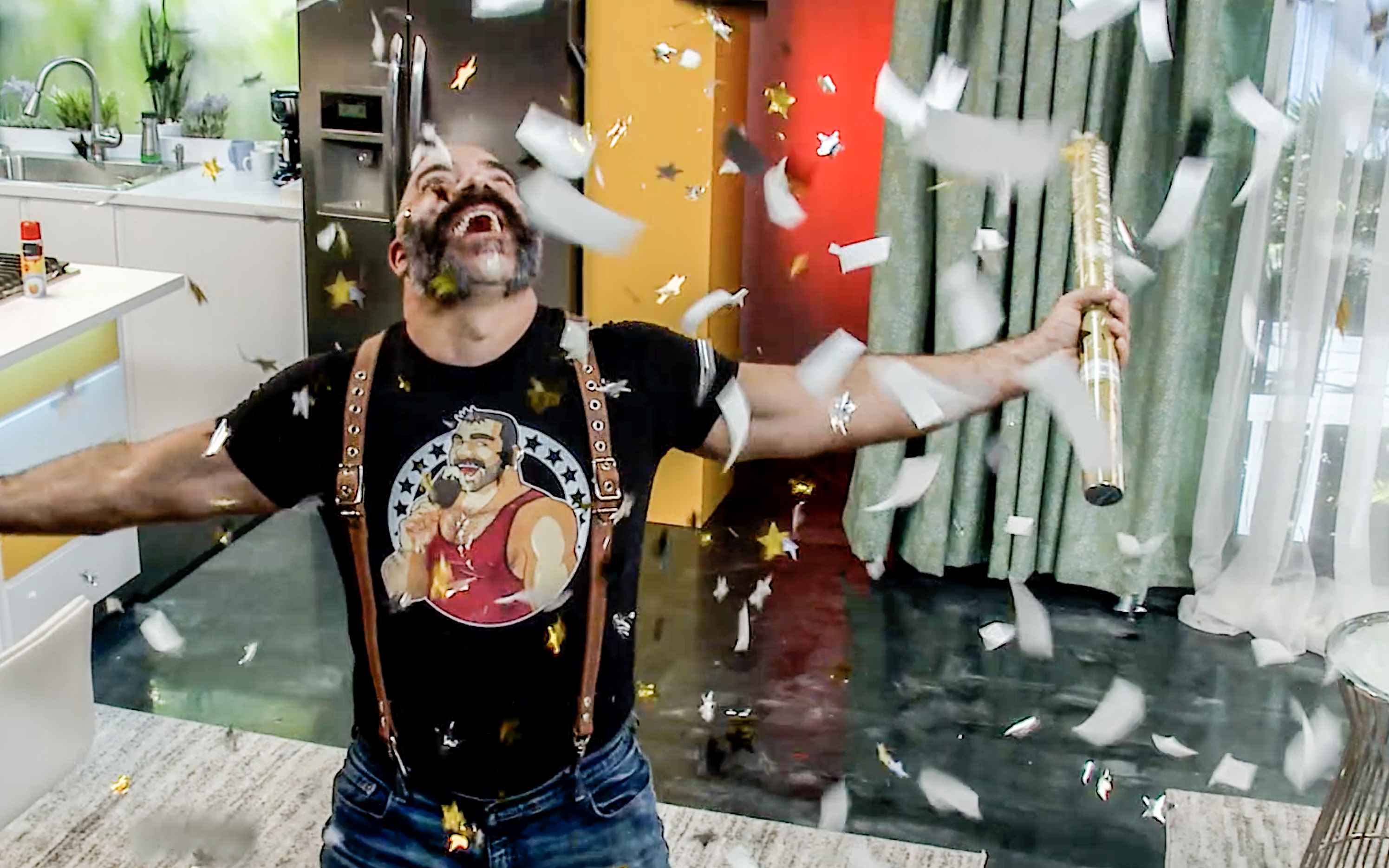 “It’s been a lifelong dream of mine to star in a sitcom,” began show creator Bisuito. “In this youth-driven society, I have created a product that not only celebrates gay men, but middle-aged gay men. It’s long overdue.” Bisuito continued, “‘Vent and Chester’ is the first sitcom in history to revolve around two middle-aged gay men in this youth-driven society. There are a lot of us out there,” Bisuito added, “This is also the very first sitcom to take place in Fort Lauderdale. It’s a great destination and we will show the city in a desirable light to audiences around the world.”

Since uploading the sitcom pilot to Facebook a month ago, the episode has already garnered 30,000 views – almost 1,000 views a day. “We’re getting messages from people all over the world that they can’t believe how refreshing this show is because it’s about two middle-aged men.”

The old-school style sitcom, filmed in front of a life studio audience, centers around two middle-aged gay roommates living in Fort Lauderdale. Chester Bateman (played by Jeff Roberson sans drag), a newly out and recently divorced professor of psychology was just dumped, defrauded and stripped of his life savings by his very first boyfriend. Now, in need of a roommate for financial and emotional support, in walks Vent (played by Peter Bisuito), an out and proud, free-spirited bartender who’s in need of a place to live. Bisuito added, “I think we have something special and something different with this show. It isn’t just going to be just a comedy – it’s going to have meaning and meaningful moments, as well.”

“I know this is going to be successful,” Bisuito continued, “because people are writing in telling me their entire life stories. They’re relating to both characters, who are so different. They’ll say things like, ‘I have two kids and grandchildren, and dealt with the same things in my life as Chester.’ That’s how I know this is going to be a success because people are relating to it.”

For Bisuito, who used most of his life savings to pay for the pilot episode, bringing his idea to life wasn’t cheap. “Right now, we’re looking for creative ways to raise money to help film the rest of the season. We’re reaching out to local businesses in the Fort Lauderdale area to see if they’ll help us by sponsoring an episode.”

This is a feat that won’t stop Bisuito from pursuing his dream. “I’ve wanted to be the star of my own sitcom since I was a little boy. It was a pipe dream, and it remained a pipe dream that never came to fruition. I didn’t have the guts to do anything when I was growing up. I thought the only way you could become rich and famous was if you moved to Los Angeles or New York. So, the chances of me becoming a star of my own sitcom were slim unless I moved. Now, it’s not like that anymore. Anyone can become famous with Youtube and online streaming. So, two years ago, I said to myself, ‘You know what, I’m going to think of an idea and plow forward and see how far I can take it. It took two years to film that pilot episode, and who knows how much longer I’ll have to wait to film a whole season one, but it will eventually happen.” Bisuito concluded, “I want this show to be the online ‘Will & Grace.’”