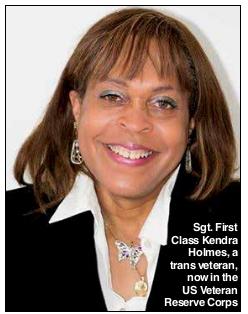 On January 22nd, the Supreme Court’s five conservative justices voted to lift an injunction that had been placed by lower courts on the Trump administration’s policy banning many transgender people from military service. This grants the administration a temporary win and allows the military to proceed with the ban’s implementation.

The policy reverses a 2016 policy of the Obama administration, which allowed all transgender service members to serve openly. The new policy is complex, and generally prohibits transgender people from military service, but does make exceptions for those already serving openly, or those who are willing to serve “in their biological sex.” Those who seek to transition or serve openly after that risk discharge.

It is important to note that this decision made no ruling on the legality of the ban itself. In fact, the military is not technically obligated to immediately enforce the ban. The lifting of the ban only allows them to proceed with doing so if they choose.

On a positive note, the court refused the government’s request to take up the case immediately and will allow the cases to proceed through the lower courts as usual. The Supreme Court rarely grants such requests.

There are multiple cases that have been filed against the ban in the federal courts. This particular injunction came from the case filed in Washington state in August 2017. Karnoski v. Trump, was filed by OutServe-SLDN (Servicemembers Legal Defense Network) and Lambda Legal, on behalf of nine individual plaintiffs and three organizational plaintiffs – the Human Rights Campaign (HRC), Seattle-based Gender Justice League, and the American Military Partner Association (AMPA). The state of Washington later joined the lawsuit as well.

In December 2017, the district court granted a motion by the plaintiffs to impose a preliminary injunction which would prevent implementation of the ban. The US Department of Justice chose not to initially appeal that injunction, and the court maintained the injunction after the Trump administration released a plan for implementing the ban. The Trump administration later appealed the ruling to the Ninth Circuit Court of Appeals, which upheld the injunction, allowing transgender people to continue serving. The government then appealed the injunction to the Supreme Court, resulting in the recent action.

In a brief filed in opposition to the Supreme Court’s decision, lawyers challenged the need to lift the injunction, while cases are still making their way through the lower courts. “Transgender people have been serving openly in all branches of the US military since June 2016, including on active duty in combat zones,” their brief said. “Transgender individuals have been permitted to enlist in the military since January 2018. The government has presented no evidence that their doing so harms military readiness, effectiveness, or lethality.”

“Our transgender service members remain steadfast in their commitment to honorably serving this country,” said Andy Blevins, US Navy veteran and executive director of OutServe-SLDN. “They have understandably been experiencing apprehensions about serving for a Commander in Chief that has clearly expressed that he does not want them in this country’s armed forces, but routinely express how their sense of duty and desire to serve outweighs those apprehensions. We currently have several individuals that are deployed and hope to relay that their gender identity has had no effect on their ability to accomplish the mission or on their unit’s morale.”

“The trans ban is an attempt by religious zealots like Vice President Mike Pence, to turn back the clock on trans rights,” said Sharon Brackett, longtime trans activist, former board member of OutServe-Soldiers Legal Defense Network, and former college Army ROTC cadet. “It is remarkable that they believe that our armed forces are unable to accomplish what 21 other nations, mostly US allies, have already done with great success. All those who wish to serve must be allowed to do so. Being trans is in no way a disqualifier for military service.”

Following the court’s action, Lt. Col. Carla Gleason, a Pentagon spokeswoman, told CNN that “as always, we treat all transgender persons with respect and dignity. (The Department of Defense’s) proposed policy is not a ban on service by transgender persons. It is critical that DoD be permitted to implement personnel policies that it determines are necessary to ensure the most lethal and combat effective fighting force in the world.”

Generally, soldiers don’t tend to worry about their buddies’ race, gender, sexual orientation or gender identity. What they care most about is whether their buddy will have their back in battle. Sergeant First Class Kendra Holmes, a trans veteran who serves currently as a member of US Veteran Reserve Corps, sums up that sentiment. “As soldiers join together,” she said, “we are brothers and sisters united together in one band to serve the country we love.”

While the LGBTQ community has won many battles for equality, this action by the Supreme Court is a reminder that this is not a time for the community to rest on its collective laurels, as unceasing attacks on the community continue. “Our trans community demonstrates courage and bravery constantly in daily life, civil service, and in the defense of our civil rights and freedoms,” said Mark Procopio, executive director of FreeState Justice. “A court ruling does not make that any less true. This policy and other attempts like it underscore the need for continued organizing at the federal, state, and local level.”

The policy remains on hold temporarily, due to an injunction imposed by a federal judge in Maryland, that technically remains in place. It is expected to also be quickly paused based on the Supreme Court’s action.

“I think it is important to note that we remain hopeful that open and authentic service will become a reality for all qualified individuals,” said Blevins. “To all our transgender siblings-in-arms, know that you are seen, your service is appreciated, and you will not be left behind.”