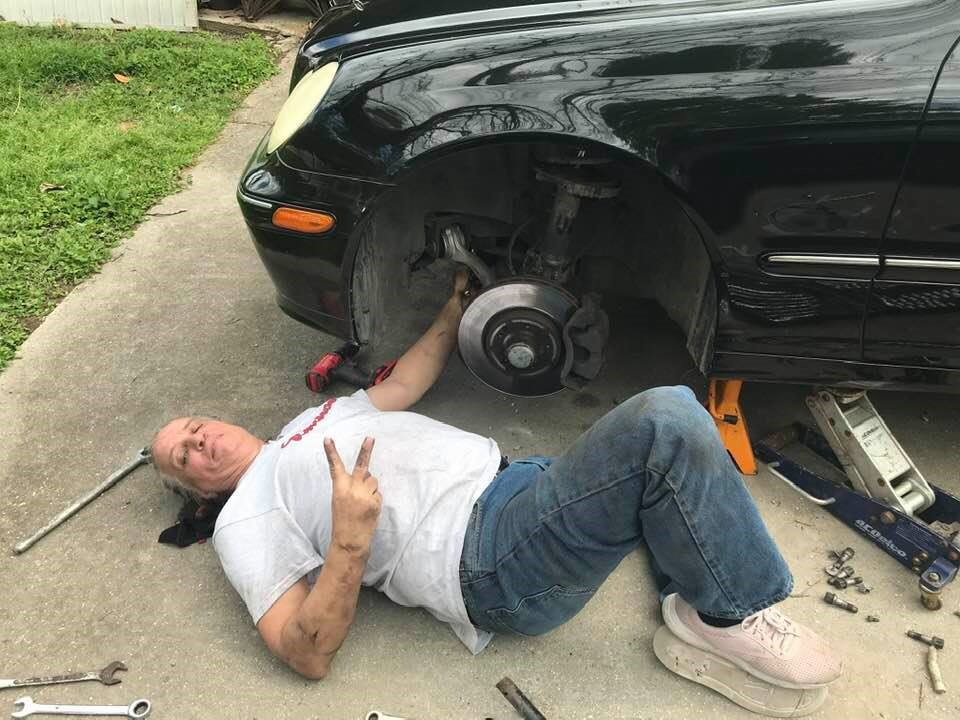 So, I went to get brake pads for my car today. The woman helping said, “Can I help you ma’am?” I told her in a joking manner, “I needed my car to stop, so I guess I’m looking for brakes.” She thought I was being serious and after getting them, she asked if I had someone to change the pads for me. I said, “No I’m going to change them myself.” So, she got small tube of anti-squeak lube and told me exactly how to apply it on the brakes. She made sure I knew not to put it on the pad side of the brakes themselves. She did this so I wouldn’t have any squeaking when I stopped the car.

It was like you are female, so you don’t know how to do it. Our whole encounter was taken as if I was a helpless female. Most guys would be highly insulted to be treated this way. However, I guess because I am female, I actually, loved it, because yes, people talk and treat females and males differently. It’s nice to be treated like who you are. I still hate doing car work even though I’ve raced for years and changed hundreds of brake pads this made todays episode of playing the mechanic a little easier.

Believe it or not woman treat woman differently than they do men. And by the same token men treat men different than they do woman also. I guess changing my gender as female confirms this with all the dick pictures on my social media. Wait, I’ll have to keep that one for a different article.

When you are truly taken for who you are, life can be wonderful. So, my question today is why do men and women see people more like themselves than the opposite sex? Lately I have really noticed this. I think I am somewhere in the middle and guys take me as a boy and women take be as being a girl.

Why is that? Is it because my mannerisms are not developed enough for men? Are women more forgiving? Are do we all what to see something similar to us first? I have also noticed that the longer I am into transition the less all people take me as male. Is that because of the hormones? Or is it because I am picking up female subtleties? Or is it a combination of the two?

When I first started transitioning, I would make sure I always did my make-up, hair, and wore female clothes. But now it doesn’t seem to matter what I wear many are seeing me as female. Even with jeans tee shirt and no makeup.

I’ve also noticed that if I wear a mask I get taken as female 100% of the time. So, I guess there is a little light during this pandemic. I also think it helps with the voice muffling the maleness enough to give it a neutral tone. I really think I need voice lessons. It really bothers me that I get seen as a female until I open my mouth then it’s like a honing beacon that screams, MALE!

We all want to be seen for who we are. However, many of us hide it like I did for decades. I was ashamed of who I was. At least now I am growing strong enough to be me, at least most of the time. The world is not out to tar and feathering me because I am transgender, at least not in most parts of this country. So, I am owning it finally and have become proud of who I am. Well at least most of the time. Although sometimes I put my head down to blend into the background just so I won’t be seen.

It was not an easy road and it was full of heartache and self-doubt. But in the end, I am really just me the way I should be, love me or hate me. I am finally becoming okay with that and I wish you only love, light, and peace. Sophie