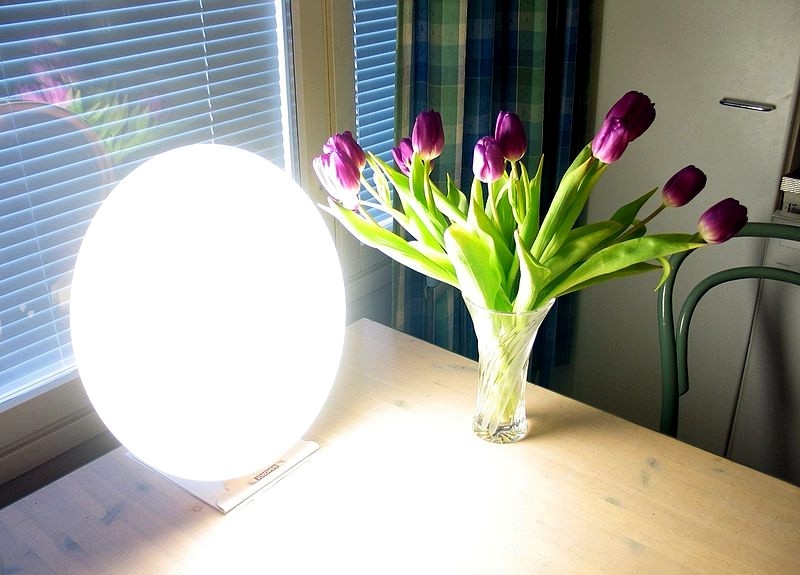 January and February… could there be any more dismal time of year? Summer is long gone as well as Halloween, Thanksgiving, Christmas, and New Year’s Day. Day-in and day-out the landscape is monochrome gray. Yuck.

It’s really easy to get into a funk during the dead of winter. Some people actually suffer a very real and debilitating disorder during this time of year called Seasonal Affective Disorder or S.A.D. People who have the disorder may feel sad, irritable, moody, or anxious. They may lose interest in their usual activities, sleep more but have less energy, and crave comfort foods such as bread, pasta, and sweets.

Those most at risk for S.A.D. are younger women, although older women can get it too, and when men get it, they tend to have more severe symptoms. S.A.D. can also run in families, especially if there is a familial tendency towards depression. In people who have depression, S.A.D. will make their symptoms get worse during winter months. Interestingly, the further one lives from the equator, the more likely S.A.D. can occur, and it rarely occurs in populations in close proximity to the equator. Not surprising then that S.A.D. is strongly associated with a decrease in daylight which can trigger a drop in one of our feel-good neurotransmitters called serotonin. A decrease in daylight also reduces the body’s level of melatonin, which can affect sleep patterns and mood.

The mainstay of treatment for S.A.D. is light therapy. It’s thought that light is helpful in resetting the biological clock and restoring normal levels of serotonin and melatonin. A light box using fluorescent bulbs providing a broad spectrum of light is used while reading, working on a computer, or during mealtimes. The light needs to be positioned in front of the eyes as it’s thought that the light must come directly into the eyes to communicate with the brain to restore these neurochemical levels. It’s usually prescribed for between 30 minutes to two hours daily depending on the strength of the light.

Most insurance companies will cover the cost of a light box, but it’s best to call the number on the back of your insurance card to confirm coverage before purchasing, and you’ll want to purchase from a durable medical goods store. A good light box can cost anywhere from about $150 to $300. You’ll need to keep up the light therapy throughout the winter months or symptoms may get worse again. Please be aware that the light from tanning beds and other types of light do not provide the same restorative properties.

In addition to the use of a light box, some physicians may also encourage the use of certain anti-depressants known as Selective Serotonin Reuptake Inhibitors (SSRI). As the name implies, these drugs assist the body to maintain a higher level of that feel-good neurotransmitter serotonin. Brand names of the two most commonly used SSRIs are Paxil and Zoloft.

There are also some things you can try at home. There is strong evidence that exercising regularly raises Serotonin levels. Melatonin of course is the other neurotransmitter thought to be depleted by S.A.D. It comes as a supplement in one to three milligram tablets, and you can increase safely to ten milligrams a day taken at bedtime.

Finally, two-thirds of people are known to be deficient in vitamin D, and it’s known that vitamin D deficiency can also affect mood. Our bodies naturally make vitamin D when we are exposed to sunlight. With much less exposure to sun during the winter months, supplementing with vitamin D can make a difference. Current recommendations for vitamin D are between 600-800 IU per day. Your doctor can test your vitamin D levels and prescribe the formula and dose that is right for you.

For more information about S.A.D. and its treatment, visit the following sites: