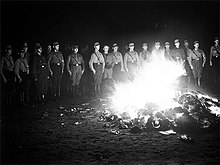 Philadelphia, PA – There are stories nearly every day now from somewhere in the U.S. Schools and libraries are banning books. School boards are debating what books can be allowed in classrooms. This past week it was Mississippi, Arizona, and Tennessee. The template is Texas, where parents and others can report books that should be pulled from the shelves for content — notably LGBT+ and racial content. Some of these book banning stories are local, others are statewide, but the trend is very much national. And while much of the book banning has been in traditionally red states, suburban school boards everywhere are seeing these questions raised, particularly as a focal point for the 2022 midterms, as PGN previously reported.

On January 10, the McMinn County, Tennessee school board voted to ban “Maus,” a Pulitzer Prize-winning graphic novel about the Holocaust, from being taught in its classrooms and to remove the book from the eighth-grade curriculum. Author Art Spiegelman called the ban “Orwellian.” Discussion of it led to a debate about the Holocaust on “The View,” which ended in co-host Whoopi Goldberg being suspended for two weeks. On January 27. Mayor Gene McGee of Ridgeland, Mississippi, withheld $110,000 in funding from the Madison County Library System. He is opposed to what he calls “homosexual materials” in the local library and said he would not release the funds until they were removed. In Arizona, amid a series of anti-LGBT+ bills proposed in the legislature, is a bill that would ban so-called Critical Race Theory education. In Texas, GOP Gov. Greg Abbott proffered a “Parental Bill of Rights,” which states that parents get to determine what their children are taught in schools. Back in November, Abbott had declared a “war on pornography” in public schools, which, while non-specific, seemed to include all — and solely — LGBT+ books.

For decades LGBT+ books have been under attack in schools. In 2014, when lesbian writer Nancy Garden died, her book “Annie on My Mind,” a tale of teen lesbian lovers, was still among the most challenged and banned books in school libraries and had been for decades, since its first publication in 1982. But on many lists of banned books are novels considered American classics like Harper Lee’s “To Kill a Mockingbird” and Alice Walker’s lesbian love story, “The Color Purple.” Both books won the Pulitzer Prize and both have been made into award-winning films. Folded into the fight over books is that issue of Critical Race Theory which proposes an accurate rendering of American history in which slavery and Jim Crow-era treatment of Black Americans is depicted in all its cruelty and also its breadth. According to Pew Research Center, the U.S. is now undergoing the biggest challenge to books being taught in schools in decades. The New York Times reports that “Parents, activists, school board officials and lawmakers around the country are challenging books at a pace not seen in decades. The American Library Association said in a preliminary report that it received an ‘unprecedented’ 330 reports of book challenges, each of which can include multiple books, last fall. (Philadelphia Gay News – Victoria Brownworth at https://epgn.com/2022/02/02/gop-book-bans-are-targeting-race-lgbt-and-u-s-history/)