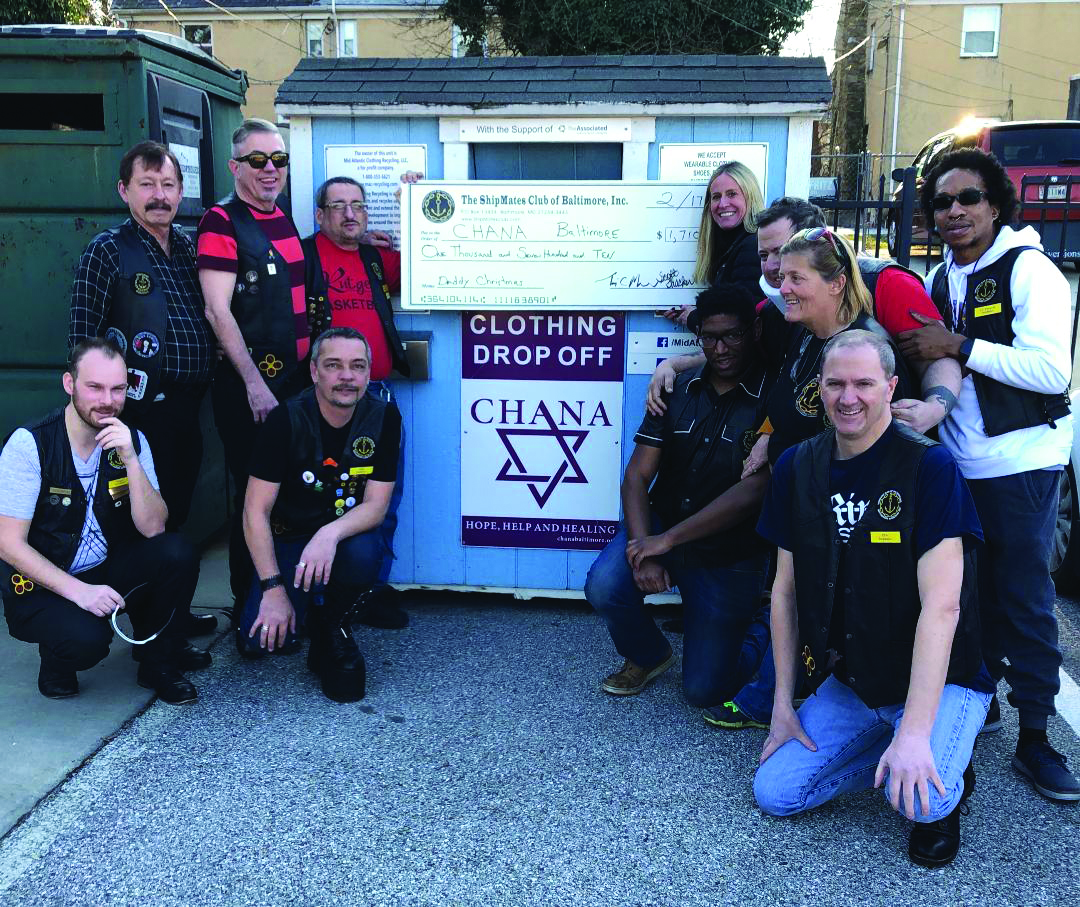 There is so much going on in the world right now that I almost hate to turn on the evening news. I find myself watching old sitcoms from the 1950s, when it seems that the world was a simpler place. The news from the leather community is also all over the place. There is good news and there is bad news. There is news from events that have already happened and news about events that are coming soon. There is just an explosion of news. Here are just a few of the items that are on my mind. Congratulations to Lee Hill from Pittsburgh and a member of ONYX Great Lakes who was sashed Leatherman of Color 2020 at a contest held on Saturday, February 15th at the Baltimore Playhouse. Although a Leatherwoman of Color and Leather Warrior contest were also planned, there were no contestants for those titles this year. Hopefully this will change.

I was deeply saddened to learn that former COMMAND MC president and Mr. Club XS Leather 2008 / 2009 David Shover passed away on February 11th at the age of 57. I have so many wonderful memories of fun times with this kind and giving man. David and I once co-hosted a COMMAND MC / ShipMates joint cocktail party at the Centaur MCs Olympia event with a Twilight / True Blood theme. The members of COMMAND MC were the vampires and the ShipMates were the werewolves. Of course, at some point during the evening there had to be a musical production number. David, who was naturally hairy, took off his shirt and presented himself as a half vampire / half werewolf to the music of Chers Half Breed. It brought down the house.

Also on March 7th, Lets Go Play will host another Baltimore Pup Night at Club Orpheus in Baltimore starting at 9 pm. The DC boys of Leather will gather for happy hour on March 11th from 6 to 9 pm at Larrys Lounge in DC. On March 13th to 15th the MX Virginia Leather 2020 Contest will be held at the Fallout in Richmond, Virginia. Friday from 9 pm to 1 am is the Meet and Greet. The contest is on Saturday with the doors opening at 1 pm and the contest at 2. There will be a victory party from 9 pm to 3 am and a Celebration Brunch on Sunday from 11 am to 1 pm. This is only the second year for this contest.

On February 21st the Pride Center of Maryland hosted the fourth annual Black Voice Awards. There was food, entertainment, and the presentation of the Community Trailblazer Award to International Mr. Leather 2019 Jack Thompson. Jack has been an amazing IML and as a biracial, transgender, HIV-positive leather man, he has done so much to help bring a divided community together. Jack was deeply honored to receive the award and stated, I spent most of my life not understanding my race or life. Jack, whose mother lived outside the US and whose father is white, went on to explain that he had to teach his parents about African American history. The Community Leader Award was presented to Senator Mary Washington, the first openly LGBT African American elected official in Maryland and the Community Activist award went to Kehinde Bademosi, director of social innovation at the Bureau of HIV / STD at the Baltimore City Health Department. These three wonderful people give me hope.

Another feel good moment for me was on February 17th when the ShipMates Club presented a check for $1,710 to CHANA, to help victims of abuse. The ShipMates want to thank everyone who came out for their Daddy Christmas event at the Baltimore Eagle and helped the ShipMates help others.

On Saturday, April 4th join Velvet Storm and Foxxy at the Clifton Pleasure Club for the official IMsLBB sendoff fundraiser from 6 pm  11:30 pm. There will be food, bootblacking, silent auction, and a chance to wish our areas representatives well at the International Ms. Leather / International Ms. Bootblack 2020 Contest being held on April 16th to 19th in San Jose, California.

The good news is that winter is slowing ending. Make plans to catch some sun on May 15th to 17th with the Excelsior MC on Fire Island for the Fire Island Leather Weekend. Visit Excelsiormc.com for all the details. Also on Saturday, May 16th, Mr. DC Eagle 2020 Justin Sawyers will host his sendoff to International Mr. Leather 2020 from 9 pm to 2 am at the DC Eagle.

There is so much going on in the world and our TV screens and social media feeds just seemed to be filled with bad news and divisive rhetoric. We are living in stressful times. Come out and escape to a fun leather event. You deserve it!