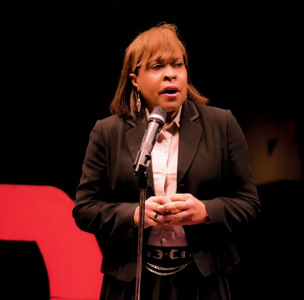 WOW, where do I start with this story other than saying: “God has Me here for a reason”. There has been so many times I would be dead or killed right now due to work or just by helping someone in need.  So, to start this story off I need to go back before I transition, back in the mid 70’s when I worked for an alarm company.  I worked the midnight shift until 8:00 am responding to some of the alarms or trouble shooting depending on their status or if we had keys to the establishment.

There had been times in the three years working with this one alarm +company when responding to alarms I would have walked in on a burglar or that they had just left the scene.  There was even a time after responding to a business to reset the alarm that the next day a report was made that the safe was taken.  The burglar(s) came through the wall next door and either were still there or came back after I left. The last and really close call was when I took off to be with my ex-wife, whose mother had died on a Tuesday. On that Friday a co-worker who covered for me and a police officer were shot and killed responding to an alarm. Going to my co-worker’s funeral the following week, felt like I was going to my own. While carrying the casket with his body was like carrying my body. Now looking back at that time, God allowed me to get married to my ex-wife, so that I would not go to work that week. My ex-mother in law’s death was a reason for me to live.  My ex and I were only married for six months, and I now believe that is why she was a part of my life for a short time.

Years later in October 1, 2010 I transition full time as a woman, because after 40 years and wandering no more I knew then who I am.  Later November 17, 2012 I gave my first speech at the Transgender Day of Remembrance Event and have been speaking ever since to other Transgender people to encourage them in living a wonderful life-.  I also speak to non-transgender people to help them understand who we are as Transgender people trying to live a happy life.

In February of 2017 I stopped to help at an accident at 5:45 am, pitch dark on the beltway in Maryland. While trying to retrieve some emergency lights from the trunk of my car, I just happen to look back and moved off to the side of my car.  A car came within seconds and a foot from the rear of my car and hitting me.

I never thought I would be living a life today speaking and being an advocate to the Transgender community, but here I am. I feel that God has me on a path, to help others. When I transitioned, I really wanted to live a normal life as a woman just being happy. God knows my heart, when I have always said, “I never want to forget where I’ve come from and that is why I speak.

I have been speaking with police, fire, military, medical, schools, universities, and at conferences.  I did a TEDx Talk Asbury Park, NJ, Podcast, StoryCorps, Armed Forces Television Network, etc. Everyone I feel is here on this earth for a reason and I have changed lives. Have you tap into why you are here yet?  I know with all my heart why I am here.

You can find me at kkholmes@kkholmes.com or visit my personal website at http://www.KKHolmes.com  In my next article I’ll talk about “My Forth Year Having Gender Conformation”. Until then Shoot for the Moon and even if You Miss, You’ll Be Among the STARS!