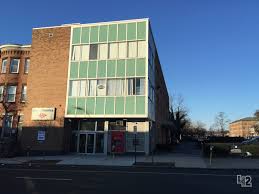 The January 9th board meeting of the GLCCB (Baltimore’s LGBT community center) was the first public session held since last October’s annual meeting and town hall. The November meeting was not open to the public, and the December meeting was held as a board of directors retreat.

The meeting commenced with the reading of the minutes of the November board meeting, during which several new people joined the board, including Vanna Belton, Lorena De Leon, Merrick Moses, and Anthony McCarthy.

A new partnership with the Johns Hopkins Syphilis Reduction Program will use space at the Center starting in April.

The Center served over 500 individuals in October. Forty people attended a family-oriented Halloween party. Ninety-two cases were served with case management in the month of October, surpassing their goal of 75. Three new programs began using space at the Center, including the Sisters of Perpetual Indulgence, City on the Rise, and Sexual Compulsive Anonymous.

The Board discussed reactivating the LGBT Leadership Council and considered adding certain people to that group.

Nominations were accepted for elections of board officers to be held in December.

No December minutes were reported as the meeting was converted to a board retreat. At that retreat the following officers were elected: Vanna Belton (vice president), Kayla Tullis (secretary), Lorena De Leon (treasurer), Chris Weis, (parliamentarian).

December brought an overall increase in people using the Center, which hosted a successful Kwanzaa event in partnership with the Center for Black Equity and the Black Men’s Exchange. A record 116 people received direct services at the Center.

Volunteer orientation meetings are being held on the second Tuesday of each month. In partnership with Johns Hopkins University, the school will provide the Center with an undergraduate student. The Community Law Center has provided pro bono legal services to their first client in partnership with the Center.

The Center is on track to file its 2017 tax return on time. All of the $10,000 in IRS penalties have been forgiven. Additional grants were awarded to the Center.

The board formally activated the finance and audit committees separately, to be chaired by the treasurer. As no audit has been conducted in at least five years or more, the treasurer is seeking an outside audit, possibly with the Maryland Office of the Attorney General. The new treasurer will resume presenting a monthly treasurer’s report.

The board discussed a potential target number of boardmembers, tabling the discussion pending further consideration. They will develop a list of specialties the board is still looking for.

At least two new boardmember applications have been submitted. The board agreed that initial contact with applicants should be within one week. Applications should be circulated to solicit input from all boardmembers.

Most co-chair positions on the 2018 Pride Committee have been filled. All members and subcommittee members will sign a non-disclosure agreement. All Pride volunteers will be expected to follow a new statement of values. The Pride theme will be “United We Shine.”

The board expects the bylaws committee to present a draft of bylaws for discussion by the board at the February board meeting. The program committee was reactivated. The board acknowledged the need to include non-board community members as part of its committees, to help shoulder the work, and to ensure transparency and broader input.

A meeting of the proposed Center Leadership Council was held. The goal of that council is to develop a strategic coordinated plan for the entire city. The board will present a plan for constituting the long-anticipated Center Advisory Committee, at the February board meeting.

The board discussed development of an annual report, what it should include, and a production budget.

A request was made for the board to reinstitute quarterly board reports. Discussion of what to include will be held on a future date.

Staff leadership is conducting an analysis of current Center programming including feedback from program facilitators, key stakeholders, and a community survey to identify gaps. This process will feed into a new strategic plan, and the time frame for the previous plan has expired.

For more details about this meeting, and explanations of some of the irregularities in this and prior meetings, see the adjacent interview with GLCCB board president Jabari Lyles.

The next board meeting is planned for February 13th at 6:30 pm at the GLCCB (2530 North Charles Street, third floor).