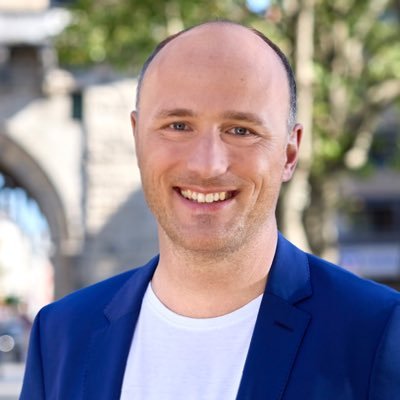 Berlin, Germany – Mishti Ali writes in Pink News that Germany has appointed Sven Lehmann its first-ever commissioner for the acceptance of sexual and gender diversity. Green Party politician, Sven Lehmann, will be overseeing a national LGBT+ strategy in his new position, which he took up on January 5. Lehmann has been a member of the Bundestag, the German parliament, since 2017. Alongside fellow lawmaker, Ulle Schauws, he spent three years from 2018 as spokesperson for queer policy and social policy within the Greens.

Accepting his appointment, he asserted that “everyone should be able to live freely, safely, and with equal rights”. He also stated that the country “need[s] a broad strategy to combat hatred directed at groups — which explicitly includes ‘queerphobia’.” As federal government commissioner for the acceptance of sexual and gender diversity, the role’s official title, Lehmann will work with different government ministries on policy projects which affect the LGBT+ community, as well as leading on the government’s National Action Plan for Sexual and Gender Diversity. During the announcement of his appointment, Lehmann stated that the protection of all people, regardless of gender or sexuality, “must be ensured” according to the German constitution.

The country’s current government, only a month-old, is made up of a coalition between the center-left Social Democrats (SPD), the Greens and the neo-liberal Free Democrats (FDP). Their action plan for inclusion and diversity was included within the coalition deal on the basis that “Germany should become a pioneer in the fight against discrimination”. The new government’s plan includes extensive reforms for laws regarding trans people, ensuring that they can determine their own gender, as well as ensuring that statutory health insurance would cover all costs of medical care related to transition. (Pink News – Mishti Ali at https://www.pinknews.co.uk/2022/01/07/germany-lgbt-commissioner-sven-lehmann/)