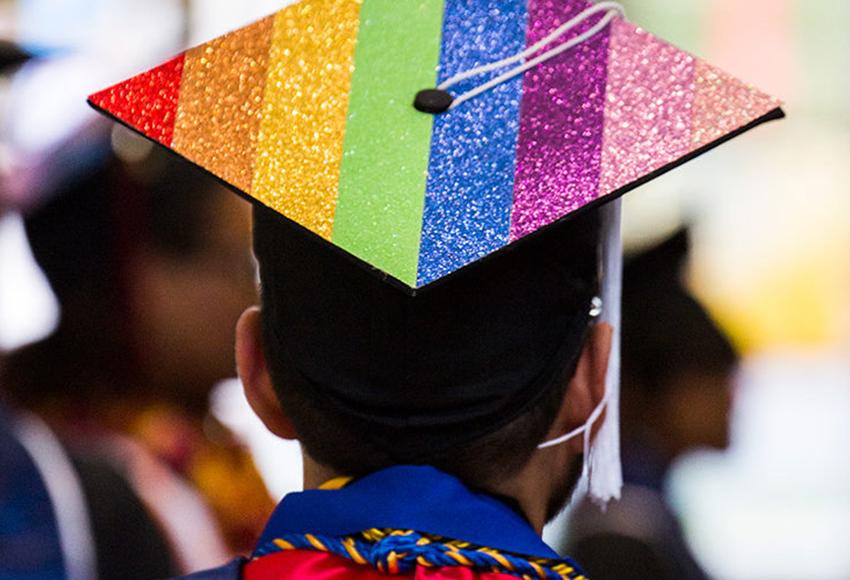 South Bend, IN – Gay men have the highest rate of bachelor’s degrees among all demographic groups in the US, according to a new study from Notre Dame University. Women, regardless of sexual orientation, have long outnumbered men in educational attainment, getting more bachelor’s degrees by about a 3:2 ratio. The new study suggests that those numbers may vary according to sexual orientation. The study, titled “Intersecting the Academic Gender Gap: The Education of Lesbian, Gay, and Bisexual America,” found that Gay men earn significantly more degrees than straight men, while the overall number of Lesbian women earning degrees is declining.

“Across analyses, I reveal two demographic facts,” said Dr. Joel Mittleman, an assistant professor of sociology at Notre Dame and author of the study. “First, women’s rising academic advantages are largely confined to straight women. Although lesbian women historically outpaced straight women, in contemporary cohorts, lesbian and bisexual women face significant academic disadvantages. “Second, boys’ well-documented underperformance obscures one group with remarkably high levels of school success: gay boys.” According to Mittleman, 52% of Gay men in the US have a bachelor’s degree, 16 percentage points higher than the national average. The study also found that 6% of gay men in the US have an advanced degree (JD, MD, or PhD), which is 50% higher than the number of straight men with degrees. Remarkably, the trend held true across the four largest racial/ethnic groups (white, Black, Hispanic, and Asian).

The study also explores why Gay men should have such high rates of academic success, hypothesizing that they may respond to societal homophobia by “overcompensating” academically. “Whereas the rules of masculinity may feel obscure or unattainable, the rules of school can feel discrete and manageable,” Mittleman writes. “Whereas the approval of a parent may be uncertain, the praise of a teacher can be regularly earned with the right amount of effort.” Meanwhile, Mittleman found that Lesbian women were twice as likely to report dropping out of high school than straight women — a trend, he hypothesizes, that could be indicative of teacher discrimination. The study will be published in the American Sociological Review. (Seattle gay News – Mike Andrew at https://www.sgn.org/story.php?ch=national&sc=&id=310856)